Are CrossFit and Primal Compatible? 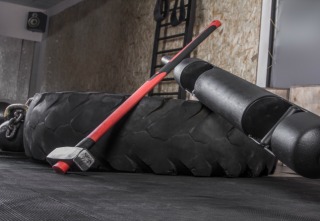 Back when they were infants, CrossFit and paleo were the best of friends. Robb Wolf was giving CrossFit nutrition seminars. CF boxes were running paleo challenges and offering meal plans to clients. Tens of thousands of people were introduced to paleo through CrossFit and CrossFit through paleo.

Over time, however, they drifted apart. CrossFit met and fell in with the Zone Diet—a calm, well-mannered lad with impeccable balance, and paleo’s dad got a job in another city. They ended up going to different schools. These things happen. It’s fine. Both CrossFit and paleo are better versions of themselves for having met each other.

I’ve been interested in CrossFit for the better part of a decade. I’ve been to several of the Games. One of CrossFit’s best (and best-known) coaches, Kelly Starrett, was a presentee at PrimalCon Oxnard and a contributor to MDA. The infamous Grundler Brothers were early supporters of the Primal Health Coach certification program. Without CrossFit’s early endorsement, I’m not sure ancestral health would be as big and influential as it is today.

For the past year, my Primal Health Coach team and I have been working with Absolution CrossFit (of LaGrange, IL) co-owner and coach Laura Rupsis to understand what CrossFit athletes are missing in their diets and lifestyles. We’re convinced we can help them. I’m convinced we can help coaches help their clients using a Primal approach.

To perform better. They’re interested in eating healthy food, but they don’t want their performance to suffer because of it.

To lose body fat and gain muscle. Who doesn’t? Losing body fat can improve performance in exercises where you manipulate your own body weight, but not if it means losing muscle and strength.

Getting enough carbs. I don’t blame your average CrossFitter for giving up on paleo. Keeping up with WODs while eating lean meat and getting your carbs from broccoli and asparagus sounds like hell. It doesn’t have to be that way on Primal, and I’ll show you how.

Burning out. CrossFit is taxing. There’s no way around that. And our real lives are busier than ever. Between kids, work, commuting, cooking, cleaning, and, hell, living, we all have a ton on our plates. Throwing one of the most intense training programs in the mix can push people to the breaking point. I’ll explain how going Primal can help prevent or mitigate burnout.

Many of the top CrossFitters have given up on paleo, opting for more flexible diets. Orthodox paleo just doesn’t work for the highest level of CrossFitters, who expend a ton of energy and eat a ton to compensate. And we can guess that this isn’t a spurious breakup. CrossFitters are students of the body and the inputs that make it run smoothly. If they’re moving on from paleo, something isn’t working.

But there’s a problem: Many of the most influential CrossFit bloggers, thinkers, and coaches are throwing the baby out with the bathwater. They assume if paleo doesn’t work, Primal doesn’t either. Researchers even released a study showing that paleo eating undermines the benefits of CrossFit training. It was just retracted for being, well, completely wrong, but it goes to show the forces arrayed against the union of CrossFit and paleo.

Although paleo and CrossFit have drifted apart, parallels remain. CrossFitters don’t fear fat, eat plenty of animals, understand the importance of plants, and love them some bacon. Even the movements prescribed by CrossFit are ancestral at their core—squatting, picking things off the ground, running, jumping, bending, reaching, climbing, hoisting, pressing things overhead, pulling—only performed at greater intensities.

Rather than merely recreate the paleolithic movement milieu, CrossFit transcends it in many ways.

CrossFit asks you to go as hard as humanly possible without breaking down, sacrificing your quality of movement, and hurting yourself, all while paying homage to your heritage as a human animal. That’s no joke, man. And they take it seriously. All the CrossFitters I know spend almost as much time warming up and doing “prehab” mobility work than they do working out. Sure, people get injured—as they do in every sport. Contrary to popular belief, CrossFit has never been shown to be more dangerous than other types of training. Recent studies show that CrossFitters experience no more shoulder injuries than other athletes, for example. If anything, CrossFitters get fewer injuries than athletes on other programs.

My point is this: CrossFit asks a lot of your body. I’m here to argue that Primal eating and living can provide the answer. There are many reasons why the Primal Blueprint, in contrast to paleo, can make CrossFitters fitter, faster, and recover better. I’ll just list a few for now:

The primary goals of the Primal Blueprint are to offer information about how various macronutrients, micronutrients, and other food compounds affect your health and performance, and allow—nay, force—you to chart your own course. Some say that’s a weakness, a lack of conviction. So what? Ideological conviction is exactly what we don’t need.

In the coming weeks, I’ll address the common criticisms CrossFitters make about paleo, why they don’t apply to Primal, and how going Primal can actually solve many of the most common issues CrossFitters face.

Tune in tomorrow for the first official post in this series. Thanks for stopping by today, everyone. Have questions you’d like me to take up around CrossFit (or other intensive training program) and the Primal Blueprint? Share and discuss in the comment board.