Are Cell Phones and EMFs Really Harming Your Health? 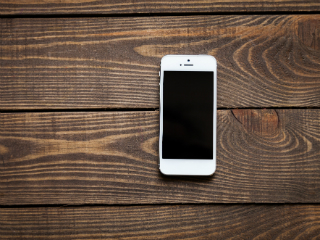 Obviously, the way we use electronics has impacted our lives in both positive and negative ways. Positives include greater dissemination of knowledge, democratization of communication, economic growth, and increased opportunities for people in far-flung locales and otherwise oppressive situations to learn about and impact the world. Without modern electronics, I wouldn’t be able to do what I do and you wouldn’t be able to read this. That’s fairly unassailable.

But from brain cancer to bone loss to sperm mutation to behavioral problems, EMFs (a byproduct of many electronic devices) have been blamed for many health problems. What does the evidence say? And if there are real issues, what can we do to mitigate them? How far should we go?

If you’re already pretty versed in Primal living, you’re probably already familiar with the non-EMF related costs to staying too plugged in:

Too much reliance on digital life, not enough on real life.

Excessive use of cell phones compromises our posture. The dreaded “text neck.”

Those drawbacks have more to do with us—how and when we use and rely on technology. It may be hard to disengage from social media and reclaim “real” life, or remind yourself to fix your posture when texting, but nothing physically prevents us. It can be done, and just about everyone agrees that these are real issues with our use of technology.

But what about the physiological ramifications of regular exposure to electronic and magnetic fields emitted by the electronic devices in our lives?

A large new study on brain cancer and cell phones in Australians just released. Researchers examined three decades’ worth of data, looking for correlations between cell phone use and the rate of brain cancer. They didn’t find any. Among men but not women, cell phones were associated with a tiny but insignificant increase in brain cancer. The most notable increase, found in adults aged 70-84, began in 1982—before cell phones even existed.

An even more recent study (PDF) on cell phones and brain cancer with different results has also come out. This one was in rats, but it was a big one with a lot of government money behind it. According to the study’s authors, exposing rats to the type of radio waves typically emitted by mobile phones caused “low incidences” of two kinds of tumors. Low, but not zero. Critics and proponents of the “cell phones cause cancer” idea have both championed it as supportive of their cause.

A few things about the study make me question its relevance.

Brain cancer isn’t the only thing people worry about. There are other concerns.

A couple studies have found that keeping your smartphone in your pocket on one side may modestly accelerate hip bone loss on that side.

Compared to people without mobile phones, mobile phone users had lower bone mineral content and bone density in the right trochanter (part of the femur that attaches to the hip).

Another study gathered 150 mobile phone-using men and separated them according to which pocket held their phones. Group 1 wore them on the right side, Group 2 on the left. They looked at bone quality at the right hip, using Group 2 as a non-exposure control.  On average, subjects wore their phones on the hip for 14.7 hours a day. Those with exposure showed signs of slightly degraded bone quality, albeit not as severe as osteoporotic patients.

Men can vouch for this: our boys are sensitive. They need careful handling, almost coddling. A lot can go wrong down there. So when you ask me to place a consistent source of EMF directly adjacent to them, I wonder if that’s a good idea.

For years, famous strength coach Charles Poliquin has insisted his athletes keep their cell phones out of their pockets to maintain optimal testosterone levels. Tim Ferriss ran an n=1 self-experiment on the effects of carrying a cell phone in his pocket, finding that it definitely degraded his sperm count and quality. Researchers have wondered if the cell phone is modern man’s nemesis (PDF). Studies have found links between time spent carrying a cell phone in your pocket and erectile dysfunction, morphological changes to sperm, and reductions in sperm counts. If you ejaculate then blast the semen with cell phone radiation, oxidative stress levels go up in individual sperm. The truth is that there isn’t a lot of solid research one way or the other. But what we have indicates a real effect.

Kids have thinner everything. Their skulls are softer and thinner. If we’re talking infants and 1-2 year olds, they’re practically made of cartilage (that’s why they don’t break when you drop them). The less hard boney tissue a watt of EMF faces, the deeper it’ll go. Some researchers are invoking the precautionary principle, urging parents to hold off on giving mobile phones to their kids until further research can be done. Other researchers are suggesting that kids’ skulls absorb more cell phone radiation than adults’ skulls.

Mobile phones are consistently linked to worse sleep in kids, causing some folks to wonder if EMF was responsible. One recent study examined this question, determining that while mobile phone usage is strongly linked to sleep problems, it’s probably not the EMF doing it. Residential exposure to EMF had no impact on sleep disturbance; only using a mobile phone in the home did, probably due to excessive light and the fact that it’s pretty hard to sleep when you’re glued to a crappy iPhone game.

Links between cell phone use and ADHD have also been proposed, but I think reverse causality is equally likely. Is little Finn’s iPad shooting radiation into his brain and giving him ADHD, or are Finn’s exhausted parents giving him the iPad to keep him quiet? The researchers report that kids who stopped using cell phones midway through the study had improvements in their symptoms, which at first glance suggests causality. But maybe they stopped using the phones because their symptoms improved and their parents no longer had to resort to the phone. As this was an observational study, not an intervention, we can’t say.

What about unborn kids? Again, observational studies suggest a connection between cell phone exposure in both the prenatal and postnatal period and behavioral problems. But those are observational. They can’t make any causality claims or account for all confounding variables. Moms who are glued to the cell phone may have other characteristics that predispose their kids to behavioral problems.

The effects of all this EMF, if they’re real, are relatively minor on the grand scale of things. Keeping your phone in your pocket might gradually weaken the bone there, but not nearly as much as failing to lift heavy things, walk a lot, get your vitamin D, eat calcium-rich foods, and lead an overall healthy, nutrient-dense lifestyle. While an iPhone beaming directly into your genitals probably isn’t ideal for your sexual health, eating a bad diet, being sedentary, carrying lots of extra weight, avoiding the sun and fresh air in general, and flubbing dozens of other factors is worse.

I suspect there’s something going on. I just don’t think it’s worth stressing about. You can, however, make a few easy changes to mitigate any damage. I’ve bolded what I deem the most significant/least intrusive:

Check the amount of radiation your phone emits. Get one with a low rating if you’re worried.

Put your phone on airplane mode when it’s in your pocket or up against your body. Turn it back on to check it periodically. Unless there’s an emergency, you’ll be fine and won’t miss out on much. Even better, this keeps you from obsessively checking your phone every minute.

Turn off additional transmissions when not in use (bluetooth, wifi, etc).

Don’t leave your phone next to your head, or up against your body when you sleep. Don’t keep it under your pillow. Use airplane mode at night, too.

Pregnant women, keep the phone away from your belly.

Use earbuds, headsets, or the speaker to talk.

Use different sides of the head when talking on the cell phone. Spread the love.

Take breaks. Go camping. Get out into the wild. There are only a few places remaining where we can avoid EMF, and they all happen to be lovely and worth visiting on their own merits.

Limit or avoid screen time for kids. In this day and age, eliminating it is probably more trouble than it’s worth. Just be sure to balance out any screen time with a disproportionate amount of outside, screen-free time. Aim for a 5-1 ratio of real ancestral play to modern tech.

There are also cases and gadgets that claim to reduce radiation absorption, but they all seem to have mixed reviews and the supporting science isn’t very strong. It gets really complicated and expensive really quickly.

I wouldn’t worry too much about all this. These devices are here to stay. They’re fairly integral for doing business and maintaining communication, and used properly they can enhance our engagement with the world. But with just a few quick modifications to how you use electronic devices, you can get the majority of the benefit and reduce any potential health effects.

What do you think, folks? Was I too easy on mobile devices? Too hard? I’m sure I’ll get flack from both sides for this one, but I’m okay with that.