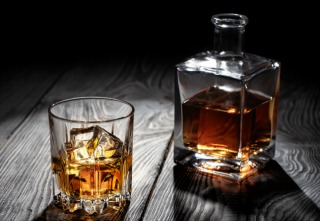 For today’s edition of Dear Mark, I’m answering 14 questions. The first concerns the effect of alcohol intake on LDL. Does it increase it or lower it (or both)? Next, what’s the best liverwurst to eat? After that, I discuss whether drinking coffee with milk makes the coffee antioxidants useless, followed by a quick list of good snacks for kids. The last ten questions concern cycling high-carb feeds on low-carb diets. They all come from one reader, and they’re very specific and well-constructed.

Mark, I truly appreciate the blog. I’d like to know your thoughts on the correlation, if any, between alcohol consumption and high cholesterol (particularly LDL). I’ve been following an 80-20 Primal lifestyle for about 4 years, but have had stubbornly high cholesterol levels to the point where my PCP wants to put me on a statin. Thanks again for all you do!

This jibes with the usually protective association between alcohol intake and heart disease, whether it’s postmenopausal women, Spanish men, or German adults.

Mark, I would like to know if liverwurst is an ok way to get some organ meat, is it primal? My wife and I can’t stand organs by themselves, so I thought this may be a way to get some and we like it. I would guess that there are varying qualities and types, so guidance on how to pick would be great. I also enjoy scrapple, same question, is it primal and how to choose the best.

Traditional scrapple was great: pig parts, buckwheat (not a grain, not wheat), and bone broth cooked down into sort of a pork polenta that’s chilled and pan-fried. These days, scrapple is more of a mixed bag, since you get it in restaurants and they’ve started using wheat flour and cornmeal instead of buckwheat. If you’re trying to avoid wheat flour—as you probably should—the trick is finding a place that makes scrapple with buckwheat and/or cornmeal.

Or just make your own.

Hi Mark, almost every month I hear new conflicting information about whether coffee is healthy or not. What are your current thoughts on coffee and is it true that the antioxidants in coffee lose their power when consumed with milk?

My stance on coffee is resolute: It is a public good. It’s fueled revolutions and scientific discoveries. Just imagine the wondrous developments that’d result if the ancient Greeks, Romans, and Egyptians had used coffee. Or what if the Mongols had adopted coffee drinking after sacking Baghdad—would we all be drinking fermented mare milk, eating saddle meat (or not), and getting around on horseback? Fun to think about.

As to milk binding the antioxidants and rendering them useless, I wouldn’t worry. A 2010 study found that only non-dairy creamer slowed the absorption of coffee polyphenols. Real milk added to coffee had no effect. Even then, the non-dairy creamer only delayed the appearance of the polyphenols in the blood. They still got there. It just took them awhile.

I would like to see more recipes for primal snacks for my kids…and me too!. It breaks my heart to see them devour a bag of Oreos and then deal with the resulting poor behaviour.

I can do a comprehensive post in the future, but for now, some easy grab-and-go options you might not have considered.

Aforementioned US Wellness liverwurst and braunschweiger. Get those kids to eat liver.

Pork rinds. Make sure you get the ones cooked in their own fat. Beware vegetable oils in the ingredients list.

Also, just trust your kids. They’re usually more adventurous than we assume. You’d be surprised what happens when you plop a cross section of a cow femur loaded with roasted marrow in front of a 5 year old.

Hey Mark, I would like to know know more about how to properly utilize carb-cycling (CC) while integrating intermittent fasting (IF).
1. With CC how do you determine which days to crank up carbs? Every day you lift? Only on Heavy lift days?
2. Do you lose the carb-feed benefits window if you lift in the morning, then fast until noon?
3. Carbs at night when training only in the mornings? Are they effective?
4. What about carb sources with high fat with carb cycling?
5. How many grams of fat allowed on a high carb day?
6. Are there better fat sources than other on high carb days?
7. Is there a specific time of day to eat the limited fat on high carb days?
8. How to determine which carbs are right for you? Sweet potatoes, white potatoes? Rice? Any experiments?
9. Should you have carbs on rest days while Carb Cycling? If so, how many grams?
10. Should fat ever be mixed with carbs? Why or Why not?

That was quite a series of questions. I’ll do a quick run through and maybe expand in the future.

That’s it for this week, folks. Thanks for reading and be sure to help out with your own input down below.