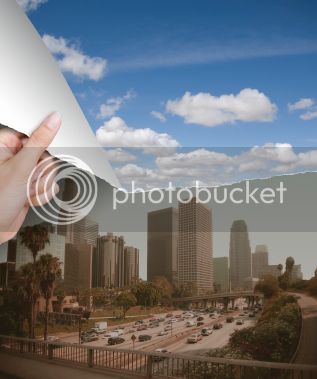 I make no bones about enjoying the conveniences of our modern age. As much as I esteem our beloved Grok figure, I wouldn’t opt to trade places with him. (All right, it might be fun for a day.) That said, I’ve always acknowledged that modern living comes with a price: persistent stress, rampant responsibilities, less sleep, less play, less sun, and novel environmental toxins. Pollution, in particular, is one of my central considerations in designing the Primal Blueprint well beyond a basic paleo model. Although we’re wholly Grok’s kin, let’s face it: we’re hardly in Paleolithic Kansas anymore.

Unlike some drawbacks to modern living, pollution (especially air pollution) is one downside that’s hard to avoid. Sure, you can live upwind from the industrial section of town, or you can settle in the country. Regardless, factories set up shop in new areas, highways are added to accommodate increasing sprawl, jets fly overhead, and crop dusters spread “drift” far beyond target fields. (And then there’s the next door neighbor’s daily chiminea ritual, stinky “vintage” truck, or perpetual tendency to spill gasoline in his garage while filling the lawn mower.) Not to be a killjoy, but very few of us live beyond air pollution’s reach.

Nonetheless, it’s a compromise I think most of us willingly (although discontentedly) make to have the lifestyles and opportunities we do. In an ideal world, of course, we could have all the technology and production without the accompanying toxic problem. Until that rosy notion comes to pass, however, there are the inevitable questions: what impact does air pollution have exactly, and how can we combat its effect on our personal health?

A number of studies have been published recently demonstrating the varied damage air pollution causes. Much has been made of air pollution’s impact on fetal health. A number of studies have found that prenatal exposure to toxins such as polycyclic aromatic hydrocarbons (PAHs) can negatively impact children’s IQ and performance on standardized tests. PAHs are produced both in high temperature cooking – particular with meats – and by the burning of fuels and other organic substances.

A key problem linked to air pollution exposure is the inflammatory effect it has on the body, but it can also sabotage our genes’ functioning itself, in essence rewriting some subtle but key physiological operations (those epigenetic changes I’m always talking about). In children with asthma, particularly, air pollution impairs T-cell function and worsens asthma symptoms.

Air pollution, however, doesn’t spare the grown-ups either. Of particular importance, air pollution has been shown to cause inflammation that hardens the arteries. Free radicals, such as those which line diesel particles, incite oxidative havoc in the body and add insidious, damaging interactions to otherwise normal physiological processes.

Do I find the research compelling? Yes. Do I find the apparent risks disconcerting? Yes. Do I think air pollution is a menacing snag that threatens to unravel our Primal efforts? No. I think it’s worth sensible consideration, but I don’t think it’s worth flying off the handle and abandoning society to live in a remote corner of Wyoming – unless that’s your sort of thing.

So, what can a modern Grok do? How does one breathe Primally in the modern age? (I’m joking with that one.) First off, there are the oft heard, common sense suggestions. Avoid heavily trafficked areas for your walks/run/bike rides/roller blading/etc. whenever possible. I think most of us prefer to do that anyway. If you’re in Chicago and have the choice of running along the lake front or along the Magnificent Mile, what would you choose? (Yes, let’s dodge a continuous swarm of people with monstrous shopping bags.) If you can help it, plan your outdoor workouts when smog is at lower levels – typically the morning or later in the evening. Those of you in larger cities know the drill. If you’re interested in learning more about the air quality in your area – or in areas you’re considering moving to, check out some specifics. Interesting reading at least.

More importantly, however, is the state of our indoor air. It’s also the easier part to control of course. Choose low to no toxic paints, stains, and other home materials when possible. Keep in mind that natural materials (rugs, flooring, upholstery, curtains, beds etc.) are treated with fewer chemicals than synthetics. Use house plants to soak up a portion of indoor pollutants. Also, if you use a basement as living space in your home, consider getting your home’s radon levels checked.

Air purifiers are an option as well. If you or your family members have asthma, it would be an especially good investment. Buy the best you can afford for bedrooms. If you can only afford one, put it in the kids’ bedroom. High quality models even remove VOCs from the air, but read the fine print. It’s generally the first layer of a filtration system to go. Although the filter might have a guaranteed life of five years, that usually doesn’t refer to the more sophisticated components. By year five, you’re probably just filtering for dust more than anything.

Just as many of us choose to “defend” from the outside by reasonably minimizing exposure, there’s much to be said for arming ourselves from the inside. By the inside, of course, I mean fortifying our bodies with the extra antioxidants to combat the ravages of pollution and the cascade of inflammation it can set off in our bodies. It’s why I choose to take (and, yes, sell) supplemental antioxidants in addition to eating a nutrient-dense diet. Our bodies are fending off free radicals in ways Grok simply never had to. Running from a snarling predator is no picnic, but after a few minutes it’s over – one way or another. In the modern world, pollution is something our bodies are dealing with 24/7, especially if we live in a large city or near toxin-related operations like sprayed fields, airports, or factories. This constant exposure puts a certain kind of continual strain on the body. In my opinion (and in the opinion of many others in this field) a broad range of dietary and/or supplemental antioxidants can likely assist in neutralizing the free radicals and combating the oxidative stress imposed by pollution sources. However you get your nutrients, know that you’re equipping yourself for a worthy fight. And isn’t it so much easier than battling that hungry predator?

Thanks for reading today. Let me know what you think, and enjoy the weekend, everyone!