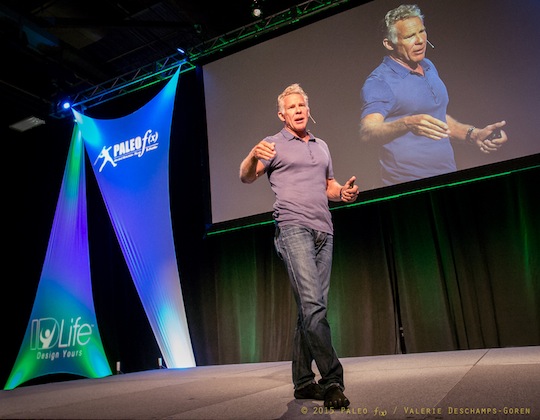 Howdy y’all! That’s something I picked up after almost a week in the thriving metropolis, Austin, Texas, for this year’s largest North American conference on all things related to Ancestral Health: Paleo f(x). If you were one of the lucky ones to attend this event and watch some of the presentations, then you know what a thrill it was to rub elbows in a hustling, bustling convention center filled with thousands of like-minded Primal/Paleo enthusiasts. The Palmer Events Center featured all the biggest companies in the Ancestral Health sphere along with over 30 expert speakers. Overall, there wasn’t a dull moment, an empty belly, or a lack of enthusiasm among the pop-up community of Primal/Paleo attendees. So let me give you the recap of my experience of this year’s show, starting with my keynote presentation. 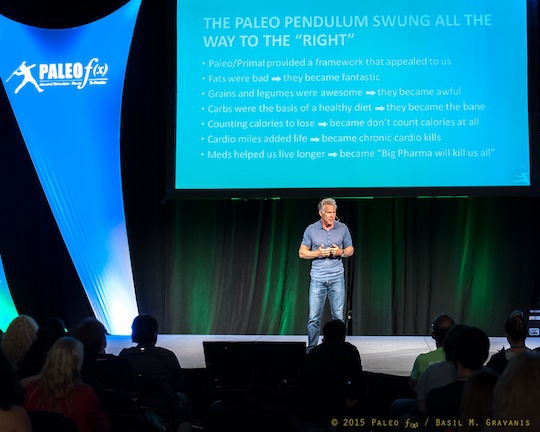 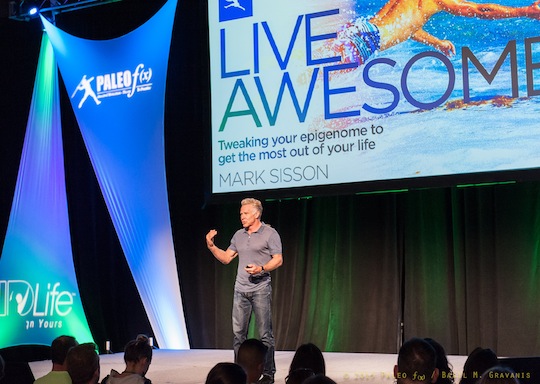 I gave a couple of presentations, the pinnacle of which was my presentation on Tweaking the Recipe to Build an Awesome Life. It chronicled my evolving perspective on the importance of temperance, moderation and the minimum effective dose in creating the best life possible with the least amount of sacrifice. Many of us in the Primal movement joined because we wanted to become happier, healthier and more fulfilled. We thought the answer would come from avoiding all the conventional misinformation out there that made us sad, sick, and lackluster. But in our pursuit of perfection, many of us lost our way in the quagmire of health dogma. In short, we became so militant about becoming perfectly Primal, we forgot that the end goal was to attain an awesome life, not achieve an elusive perfect score. My focus for this event was to emphasize that we should swing the pendulum back the other direction to give ourselves a little more breathing room in our lifestyle and dietary choices. We’re all here to live awesome, and if that means doing something outside of what the Paleo Police deem acceptable, or indulging in a glass of wine every so often, we should go for it! 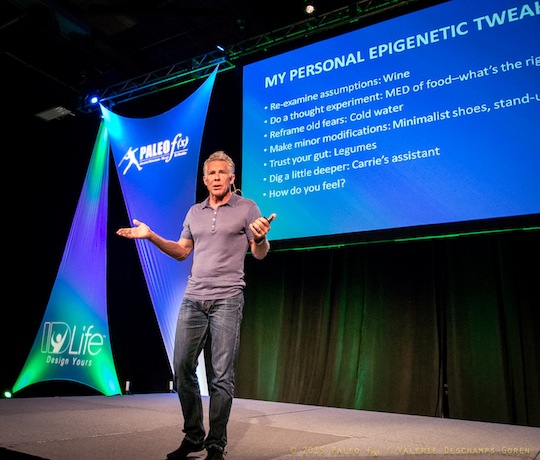 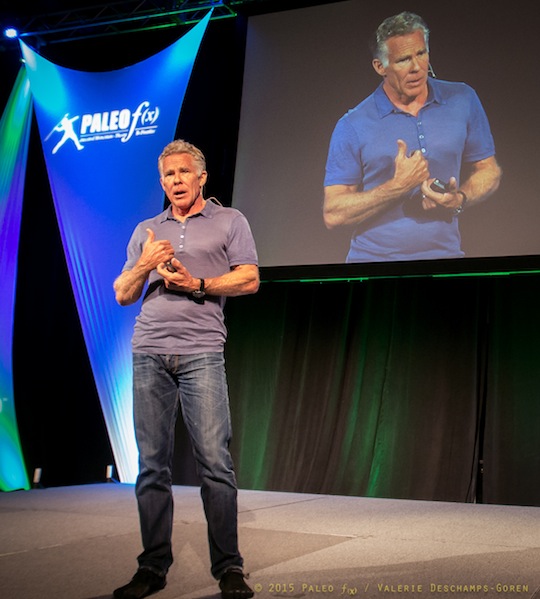 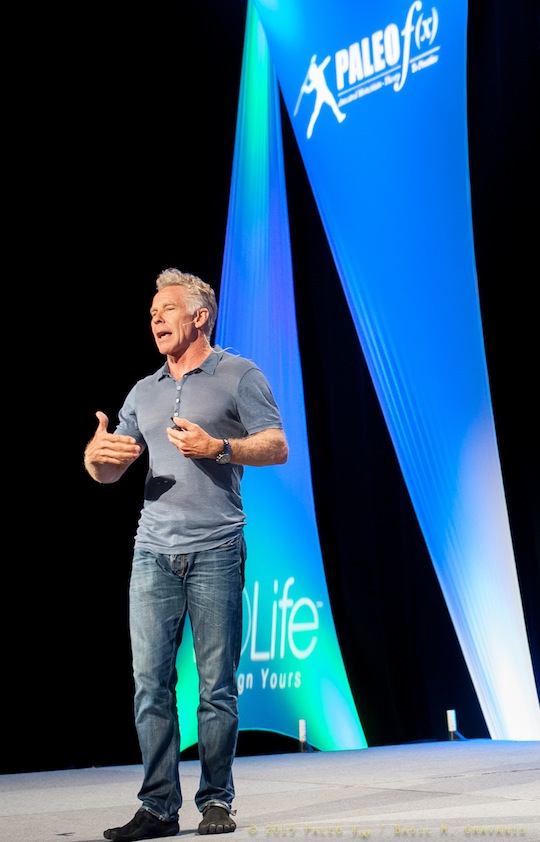 But the presentations weren’t my only opportunities to engage in meaningful dialogue about the latest topics in Ancestral Health. I also participated in several formal and informal interviews, including one with the folks over at The 21 Convention Podcast and another for an upcoming documentary on wheat by Cyndi O’Meara. Everyone at the show had a story, an idea, a dream, or a question that compelled them to attend. And that lead to days of lively, inspiring conversations and connections. 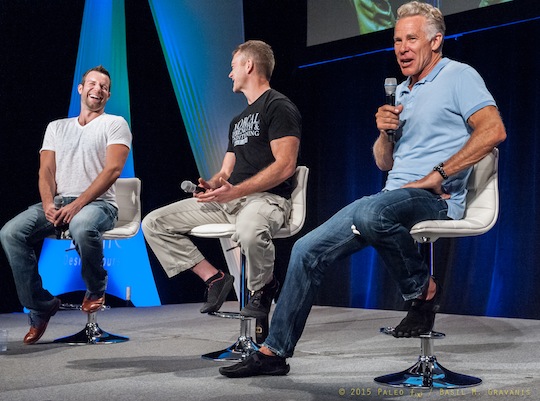 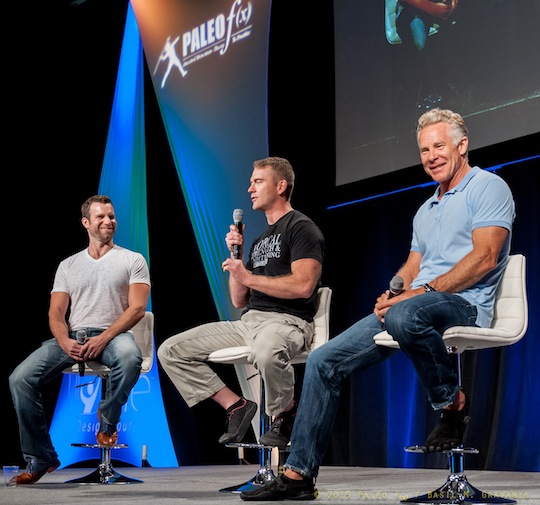 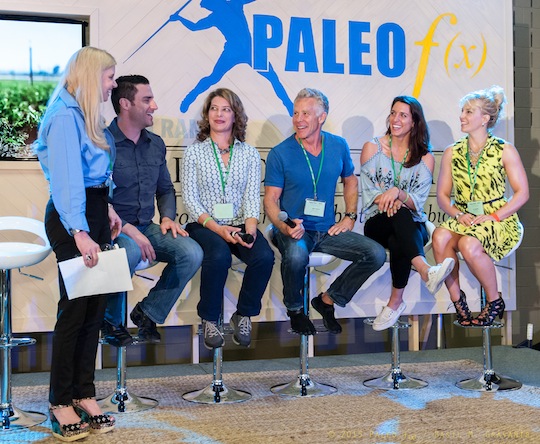 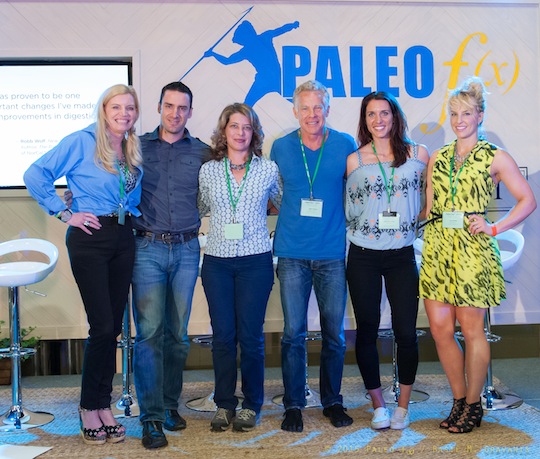 For those of you who attended the Expo hall of the event, you might have stopped off at our Primal booth, which featured our blockbuster hit from Primal Kitchen, Primal Mayo, along with our rock star educational course, The Primal Blueprint Expert Certification Program. Needless to say, we really killed it. We sold out of all 300 jars of Primal Mayo (with people still coming by and pleading for more!) and signed up 17 more eager students to The Primal Blueprint Expert Certification Program. We also passed out swag bags filled with Grok keychains, stickers, and Primal Fuel samples to the delight of every passerby who took the time to rock a selfie with a jar of Primal Kitchen Mayo. Plus, we had the pleasure of featuring Safe Catch Tuna and Jilz Crackerz to whip up some tuna salad at lunch time–a crowd favorite, as evidenced by the swarms of patrons surrounding our booth at lunchtime each day (check out this video about Jilz Crackerz founders Jill and Ron, shot by one of our Cert graduates over at Paleo Porn). 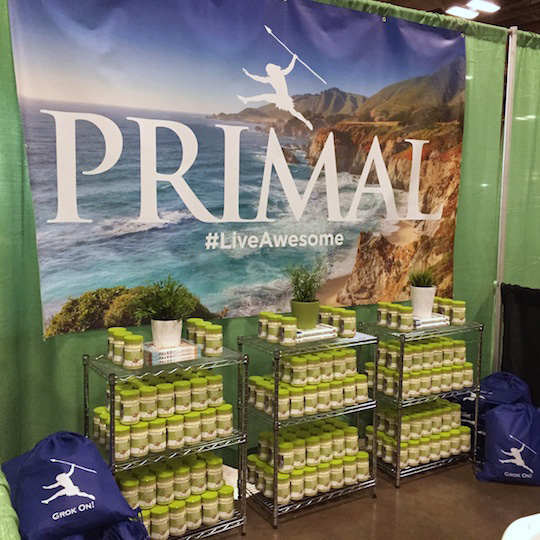 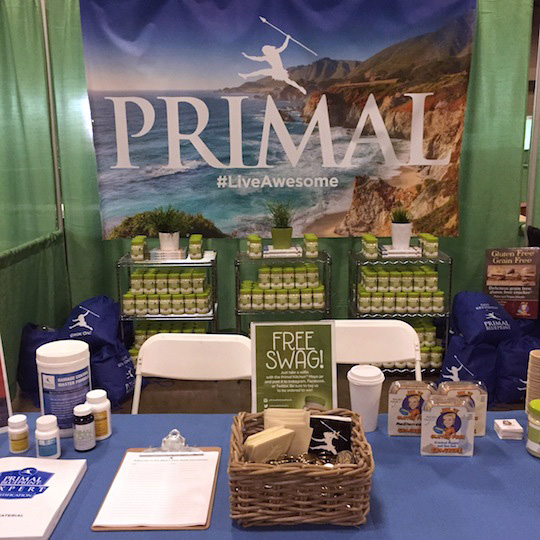 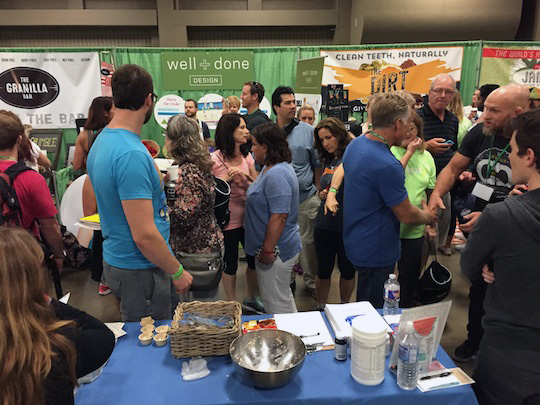 And if that warm reception wasn’t enough, we picked up some choice honorable mentions at the Paleo f(x) awards ceremony. We took away the gold, so to speak, by winning the top awards for Best Blog for Mark’s Daily Apple and Best Podcast for The Primal Blueprint Podcast, which, if you haven’t already, should check out, download, review and subscribe to—we’ve got an archive of golden information on there from experts all across the Primal/Paleo spectrum and have a number of top authorities in the field in our pipeline for upcoming episodes. 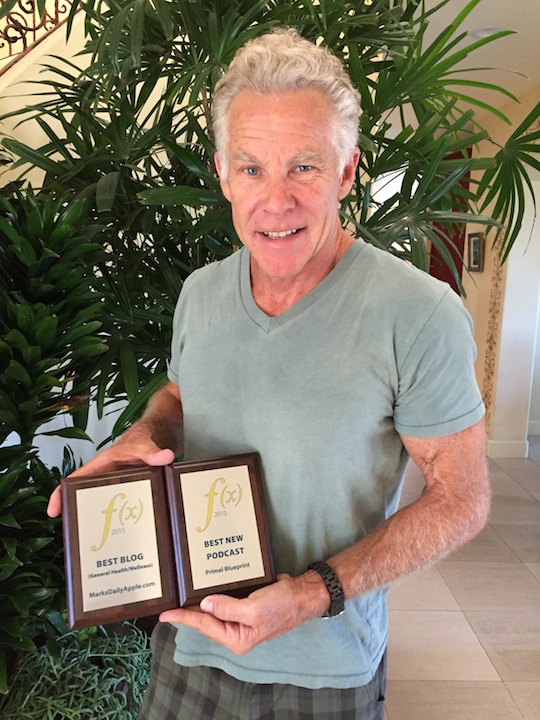 The fun didn’t stop on the festival grounds, either. Our Primal presence filled the streets, pervading every corner of Austin for the weekend. For example, our marketing team had the pleasure of attending a good old fashion Texas BBQ dinner hosted by Tin Star Foods, featuring choice meats, soft lighting, and the company of the biggest names in Paleo/Primal blogging. I even took a moment to stop by Austin’s premier stationary Paleo food truck, Picnik, for a long awaited meet up with its owner, Naomi Seifter. As I arrived, I was greeted by bags of Primal Fuel and Primal Kitchen Mayo lining the shelves, ready to feed the hordes of Paleo/Primal aficionados congregating in the grass for a mid-show meal and kickback. 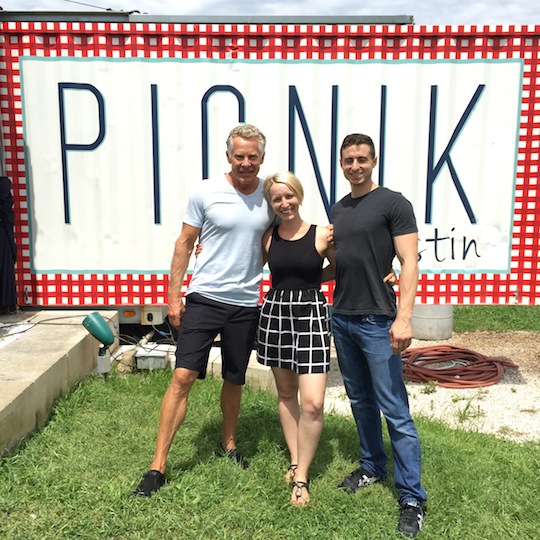 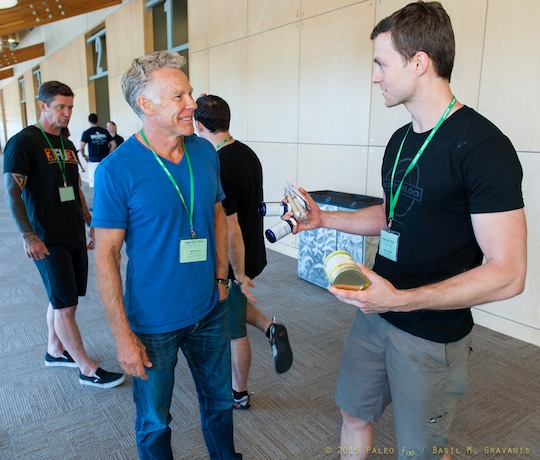 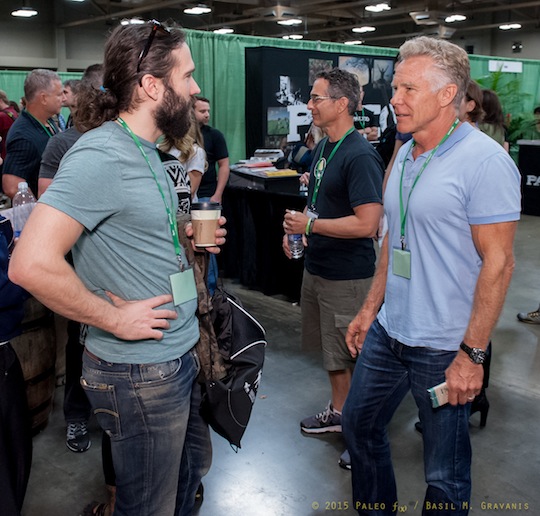 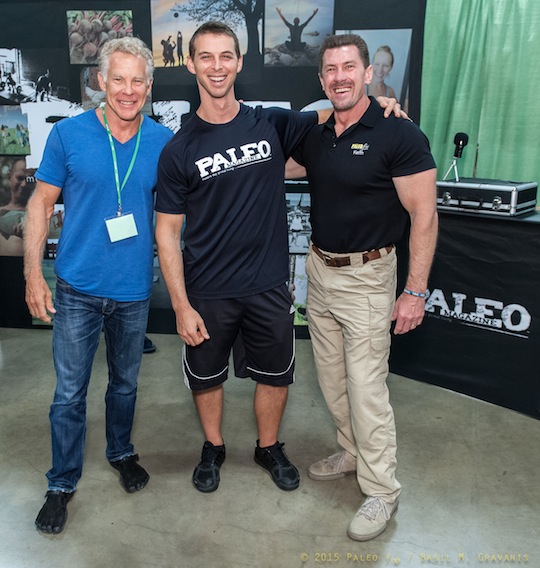 Finally, as happens so often at these events, I was overwhelmed and humbled by the success stories I heard. So many awesome people shared their personal stories with me, or told of using the Primal Blueprint “technology” or other paleo secrets to literally save their loved ones. In sum, the show was a hit, and I don’t think anyone walked away without a renewed sense of purpose, community, energy, and excitement for the future of the Primal/Paleo movement. We’re all in this together, and Paleo f(x) really drove that home.