A Primal Take on Cannabis 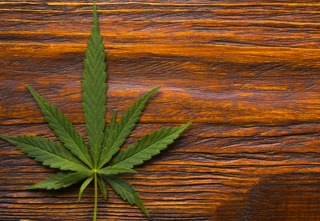 Today I’m taking on a mammoth in the living room so to speak. Based on the emails I’ve received and the string of developments around the issue, it’s maybe a long time coming.

As of November 11, marijuana is legal for recreational or medical use in 26 states. Recreational use is even legal in the nation’s capital, Washington DC. Despite the DEA declining to recognize the therapeutic potential of marijuana, formal medical research proceeds in labs and clinics, while millions of consumers in states like California, Oregon, and Colorado are running informal n=1 personal experiments. Usage has doubled in the last ten years. A recent Gallup poll found that 1 in 8 American adults “say they smoke marijuana.” Pretty much anytime legalization is up for a vote, it passes.

It seems there’s more weed out there than ever before and more people willing to consume it. They’re eating it, applying it sublingually, vaporizing it, and smoking it. Meanwhile, “pro” and “con” claims mount on both sides.

And while hippies, burnouts, and trustafarians might be the popular face of marijuana culture, the modern cannabis consumer will surprise you. A few stats:

Nearly half of all California cannabis dispensary customers are over the age of 30.

By some accounts, Silicon Valley tech firms run on weed.

More Colorado adults are consuming cannabis, while teen usage has gone down.

Middle-aged parents are more likely to smoke weed than their teenage kids.

Cannabis never really left, but it’s definitely shifting out of the counter-culture and into mainstream society. For better or for worse.

So, which is it, Sisson? Better or worse?

Cannabis commentators, both detractors and evangelists, deal in anecdote.

“The pot heads I knew in high school ended up in dead-end jobs. Half didn’t even graduate!”

“Everyone I knew in college smoked. The smartest dude on my floor—an engineering student—grew the stuff!”

It really seems to depend on the individual, the type of cannabis, the (mind)set and setting, and a dozen other factors. It’s complicated and contextual.

In keeping with that point, my goal here isn’t to pass absolute judgment but to highlight the benefits, risks and myths.

First off, there’s some very promising research into the medical and health benefits of cannabis.

Pain: Purified THC has no effect on chronic pain. It doesn’t help postoperative pain, either.

Cancer: Most research into cannabis and cancer has focused on its ability to ameliorate chemotherapy-induced nausea. And in vitro and animal studies do show some interesting effects on cancer cells and cancer, but lots of plant compounds do that. We have a ways to go before oncologists are handing out joints.

Weight loss: We don’t have any good intervention studies in people, but we do have evidence from animal and in vitro studies that isolated cannabinoids can trigger formation of new fat cells and generally impair metabolic health. We do have fairly consistent findings from observational studies showing that regular cannabis users tend to have lower BMIs than non-users, better metabolic markers (fasting insulin, waist circumference, and insulin resistance) than non-users, and lower rates of metabolic syndrome.

Tough to say, but I lean toward the totality of the observational studies. If cannabis is so bad for metabolic health, why is its use so consistently associated with better metabolic health?

Intake of other drugs: People with access to legal marijuana end up drinking less alcohol (one reason for the generally beneficial effect of weed on body weight) and using less opioids.

What about the negatives?

Filling your lungs with hot smoke: While it probably isn’t “good” for the lungs, the “accumulated weight of evidence” shows that “even regular heavy use” of cannabis smoke confers “far lower risks for pulmonary complications” than the “grave pulmonary consequences of tobacco.”

And I’ll head off the inevitable cries of “it’s just psychological dependence, not physiological!” before they arrive. Psychological is physiological. The brain is the body. It’s physical and tangible. Cannabis may not create physical withdrawal symptoms, but heavy use can create dependencies via the brain reward systems just the same.

Mental health: Heavy cannabis users with the right (wrong) genetic variants tend to be at higher risk for various mental health disorders, like psychosis and schizophrenia. Furthermore, the earlier in adolescence you start smoking, the higher your risk of psychosis as an adult.

Causation hasn’t quite been established here. Put another way, people with psychosis and schizophrenia may be more likely to be heavy cannabis users. But if your brain is still developing, whether in the womb or during adolescence, avoid cannabis. You really don’t need it, and you’ll be better equipped to handle it as a full-fledged adult.

Sleep: Many people use cannabis to sleep. It certainly can make you sleepy, but it also affects REM sleep, even going so far as to reduce dreaming. Heavy users show evidence of sleep disturbances. You all know how important sleep is.

Plus, an older study shows that smoking cannabis increases melatonin secretion. That’s a good thing at night. This could be trouble if you smoke during the day, however, as melatonin isn’t supposed to be elevated when the sun is up.

Whether you’re talking about medical benefits or recreational use, using the whole plant has better effects than using an isolated component. There is no one active component. There are many, and isolation is going to miss them.

Foremost are THC (tetrahydrocannabinol) and CBD (cannabidiol). If THC provides the “high,” CBD smooths it out. THC targets the CB1 receptor, CBD gets in the way and blunts some of the effects. Why is this important, and why shouldn’t I just get the stuff with the most THC?

A human study tested the cannabinoid content of hair plucked from a group of regular smokers. Those with more THC in their hair were more depressed and anxious than those with CBD in their hair. They also performed more poorly on tests of visual and verbal recall, while those with higher hair CBD were better at recall and had fewer psychosis-like symptoms.

Normally, THC impairs short term memory. It’s famous for it. This is why people (like me) stumble over their words after consuming cannabis. In one study, giving CBD alongside high-THC weed mitigates this THC-induced memory impairment.

CBD may even show efficacy against schizophrenia, which makes me wonder if higher CBD/THC cannabis strains have the same relationship to mental health issues as the strains higher in THC and lower in CBD.

The superiority of the whole plant could explain why observational studies find improved metabolic health and body weight in users versus non-users and animal studies using the isolated cannabinoids find the opposite.

Whole plant cannabis isn’t perfect, though. The THC/CBD ratio has been increasing over the years as consumers chase ever more “potent” strains. The average sample of street cannabis was 4% THC in 1995. In 2014, it was 14%. In the same time frame, CBD content dropped from 0.28% to 0.15%.

What’s great about the legalization push is that you no longer have to buy an unlabeled baggie of random cannabis from a seedy dealer. You can enter a clean, well-lighted place, chat with an expert, and choose from dozens of strains labeled with THC, CBD, and other cannabinoid levels to obtain the desired effects and thus bypass the lopsided ratios of street marijuana.

It’s a powerful plant, technically a psychedelic. Many ancient cultures used cannabis as a sacrament and spiritual ally. You don’t have to chant or burn incense or anything, but pay it the respect it deserves if you plan on using it.

It can have paradoxical effects.

To some, it’s the best way to take the edge off a bad day or a stressful situation. You light up and the stress melts away.

To others, it increases anxiety. You light up and get sucked into a paranoid thought loop. You might even have a panic attack.

Some people can’t focus on anything after consuming cannabis. It scatters their mind and makes following a plot or conversation impossible.

Others use cannabis as a focus aid. They’ll create art, read books, consume film and music, and generally be more productive.

Use others’ experiences as a rough guide, but know that it’s not the final word.

Don’t use it to defeat boredom.

It’s often said that cannabis is a mood-enhancer. It won’t “make you happy.” But if you’re in a good mood, it will likely enhance it. The same goes for a bad mood.

Don’t do it if you’re bored. Don’t do it because there’s nothing else to do. Perhaps you’ll make life mildly more interesting for a couple hours, but man, what a waste.

It shouldn’t be a habit or crutch—or an excuse to not go out and grab a life you want to live….

Careful with the edibles.

Widespread legalization has ushered in an incredible range of edible cannabis products, from olive oil to butter to coconut oil to caramels to baked goods to lollipops to spaghetti sauce to entire restaurant menus. Since cannabinoids are fat-soluble, anything with fat is fair game.

Eating cannabis is very different from inhaling it. Smoking it provides delta-9 THC, which hits fast and dissipates relatively quickly. When you eat it, your liver converts the delta-9 THC into 11-hydroxy THC and you feel the effects of both compounds. It lasts longer, too—5-6 hours compared to 1-2—and feels stronger and more psychedelic. Edible cannabis can get downright overwhelming, especially since most people don’t expect it.

Oh, and that pot brownie better be gluten-free or you’re excommunicated.

That’s about it folks. As I said earlier, I recognize the therapeutic effects and medical potential of cannabis all while acknowledging the apparent risks and cautions.

Now I’d like to hear from you, especially those who use cannabis. How does it affect your Primal way of life? Does it help or hinder your pursuit of health?

TAGS:  is it primal?, research analysis