A Better Way to Live

Though my primal journey isn’t one of losing hundreds of pounds or overcoming disabling digestion issues, it is one where my life has unquestionably improved from the sweets-loving, chronic cardio lifestyle in which I was buried a few years ago.

As a three-sport athlete in high school, I was desperate for activity after not playing any sports in college. My sister, who is an avid runner, convinced me to take up the sport, and I loved it. I ran a marathon my senior year of college, and worked and worked to improve my half marathon time. Addicted to running, I ignored the small injuries that kept cropping up. My I.T. bands were tight to the point of disabling pain, my lower back was tired, and my knees ached consistently.

My girlfriend (now wife) and I took a cross-country bicycle trip where I hit my not-very-deep rock bottom. After a pre-dinner snack of an entire pack of Oreos (not an exaggeration) one or two times a week on the trip, I came back a pound heavier than when I left. My body composition had changed, but it seemed ridiculous to me to have worked that hard and gained fat. That was July, 2011, and I haven’t eaten any SAD desserts again (though thanks to Danielle Walker, I’ve enjoyed some paleo treats).

Chronic cardio was the only way that I knew to fight the slow, insidious weight gain of the SAD, and, as I now know, you can’t slowly outrun an unhealthy diet. Though I wasn’t terribly overweight, I was certainly gaining a pound or two a year because of my insatiable appetite for food and beer.

As my wedding approached, I went to talk to a personal trainer, and he recommended the paleo diet, some resistance training, and tabatas. After doing a bit of research, I found MDA. I began to nibble away (pun intended) at my bad habits. I would do a paleo month, and then I would revert to the SAD. Then I would live primally for a couple more months to see how it felt. I was able to see the benefits of going paleo, but I wasn’t ready to make a full commitment yet. 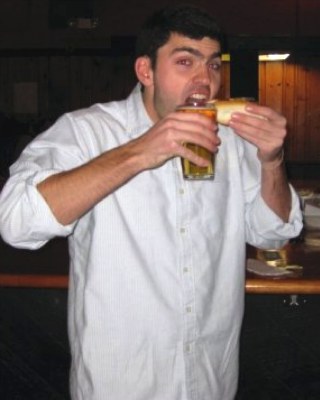 Finally, in July 2014 at 219 pounds and drinking a borderline ridiculous amount of IPAs, I decided to go primal for a longer stretch. My wife and I were about to leave on a trip to Iceland and the U.K., and I decided to eat thoughtfully on that whole trip. That iteration was more ketogenic than paleo, with lots of full fat dairy products and not many vegetables or fruits. Six days into the new lifestyle, my wife and I both noticed a physical difference. Although I had no specific sickness to overcome, my face was definitely thinner, and I was losing fat quickly. When we got home from the trip, I realized that I felt better and that sticking to this “diet” was what I wanted to do. The fat loss continued as the beginnings of some abs started to appear for the first time in my life.

More interesting, however, was a mental acuity that I hadn’t even known was absent. I was better able to focus on whatever task was at hand, I began making the choice to meditate and play guitar every day, and I drank (and, more importantly, wanted to drink) less.

Another byproduct of the lifestyle is I have become obsessed with cooking and sourcing my food. My college roommate operates a livestock farm in Rhode Island called Wild Harmony Farm, and his meat and eggs are (in my humble opinion) the best in New England. Rather than hummus, whole grains, and fruit, the mainstays of my diet are leafy greens, whatever other vegetables I can get my hands on, bacon, beef, and pork chops straight from the farm. My kitchen has become a place to express creativity and partake in a borderline meditative practice. Wild Harmony Farm has given me the chance to butcher a slaughtered pig, and I have a chest freezer in the basement full of the healthiest food I can imagine. 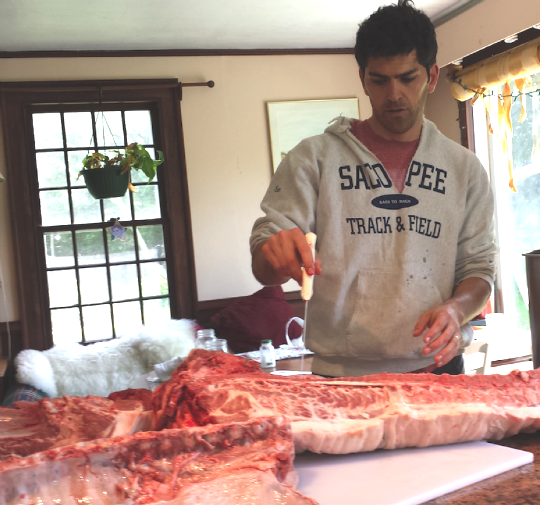 Admittedly, I began living primally with the goal of LGN. Whatever it takes, right? However, in retrospect, it has infiltrated every part of my life, as I feel more present and happier. I am gratefully in a cycle where making healthy choices begets making more healthy choices. 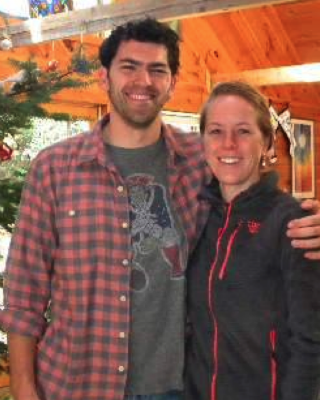 My last physical revealed that my cholesterol ratios are fantastic, my doctor (who, miraculously, is also paleo) was pleased with my choices, and I had dropped 30 pounds without starving myself or even feeling hungry.

I still don’t have a six pack (a two pack maybe?), but I can tell there are muscles there now. I am not tempted to eat sugary foods or desserts anymore, and though I occasionally want a beer, and even less occasionally indulge, those cravings have largely gone away, because I have broken my sugar addiction.

Even more importantly, the lure of addictive substances has decreased as my sense of well-being has increased. I am not denying myself instant gratification. I simply no longer find “cheat” foods gratifying.

The primal lifestyle hasn’t been a hugely dramatic story for me. I felt okay before, and I feel better now. I was heavy but not obese before, and I am lighter and healthier now. Simply put, this lifestyle has made me eat, exercise, and live with a bit more joy and purpose. Can’t ask for too much more than that!