9 Ways to Normalize Your Hormones 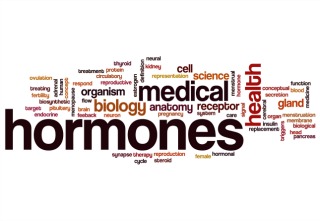 There are straightforward, pharmaceutical methods for altering specific hormones, and, as I showed in last week’s testosterone replacement therapy post, they can really help. But a safer intervention for your overall endocrine environment is a systemic one. Some might call it scattershot approach in that one input affects multiple endocrine targets. I’d say, “That’s the whole point.”

Today, I’m going to give you some tried and true methods for helping to normalize your endocrine health. These are things that apply to everyone, as far as I can tell. They won’t fix every problem, but they’re good places to start. Whether you’re a post-menopausal woman, a 21-year-old bodybuilder worried about overtraining, or a thyroid patient, these interventions can’t hurt and will probably help.

Get Your Sleep in Order

When you sleep poorly, everything falls apart, including the normal function and patterns of testosterone, thyroid, and growth hormone. Sleep loss itself alters the activity of the master endocrine organ, the pituitary gland, so following good sleep hygiene is a non-negotiable.

Get plenty of bright natural light throughout the day, especially the morning, and limit bright light after dark, especially blue and green lights. Sun lamps can help if actual natural light is unavailable during the day. Blue-blocking goggles or glasses like these (inexpensive, block blue but not much green light) or these (expensive, but block both blue and green) can help at night.

Use the seasonal variation of daylight as a rough barometer for how much sleep to get. In the summer, when it’s lighter longer, you can probably get by with 7-8 hours. In the winter, when it’s darker longer, you should aim for 8 at a minimum and 9 as an ideal.

Check out TS Wiley’s Lights Out for a full treatise on seasonal sleep variations, and why they’re so important.

Make the effort—nay, commitment—to get more sleep. Stop fiddling with your phone at 10 PM (you always regret doing it). Don’t fall asleep with the TV on (read a book instead). Get a bedtime routine.

Get Your Diet in Order

Cholesterol is an important building block, too, and has been shown to increase muscle and strength gains in weight training adults, an indication of testosterone boosting.

You also need to make sure you’re eating enough calories—not too many, not too few—as the amount of food you eat sends a strong signal about the bountifulness of the environment around you. Hormones like leptin, thyroid, testosterone, insulin, and others all perceive and are modulated by the caloric balance. Your endocrine system responds to the availability of energy by up- or down-regulating hormone production. You’re not going to get pregnant very easily during a famine, nor will you produce much testosterone if you’re obese.

Carb/glycogen balance is another indicator your endocrine system uses to determine production. If you’re training hard and burning through glycogen, you’ll probably need to eat some carbs. If you’re just doing easy slow movement, some sprints, and strength training, you probably don’t need extra carbs. The key is to eat the carbs that you earned—no more, no less.

For Crossfit hardcores, that might mean dropping from 4x/week to 2-3x. For endurance heads, that might mean trading 140.6 goals for 70.3 goals, or 26.2 2 for 13.1 (and buying the requisite new bumper sticker, of course). For everyone, that means making your short, intense workouts even shorter and more intense.

My good friend, former co-competitor, and current writing partner, Brad Kearns, more than doubled his free testosterone simply by sucking it up and lowering his assumed aerobic base heart rate (the heart rate at which you’re burning primarily fat) from 145 to 130. Didn’t change his actual training, diet, or anything else. Staying at or below 130 HR during long slow days was enough to get his free T to the 99th percentile for his age.

Increased daily movement—fidgeting, walking, housework, gardening, carrying groceries, playing with your kids/pets—adds up, and it’s something that the most health- and fitness-conscious tend to ignore or discount. This is the stuff Katy Bowman talks about in Move Your DNA and Don’t Just Sit There.

When we’re stressed out, everything gets put on hold until we can deal with the stressor. This makes sense, because back in the day a stressor was usually a life or death situation like an enemy tribe encroaching on your tribe, a huge predatory cat, or famine. Even though most stressors these days aren’t life or death in the immediate sense, our body treats them like that—and there are a seemingly endless string of them to contend with.

Everyone’s stressors are unique, but there are some big ones to watch out for: toxic relationships, terrible commutes (at the very least, find a great podcast you can listen to on the drive/ride), lack of time in nature, excessive technology exposure (especially social media).

Discover Meaning in Your Life

Hormones direct physiological processes in the body. They’re a bit like software programs—if they’re riddled with bugs, nothing gets done. But just as computers need a user to tell the software what to do, our bodies need a narrator to give the hormones a goal to work toward. Without meaning or life purpose, the endocrine system drifts aimlessly. Why produce testosterone if there’s no competition on the horizon?

There’s admittedly not a ton of clinical support for this hypothesis. Middle-aged women with strong life purposes have better sex lives, indicating a more favorable hormonal environment. I suspect a lot of the links between life purpose and hormonal function are circular, with causation going in both directions. But that means disrupting the circle at any point can help.

Search within for what makes you tick. What makes you get up in the morning. What inflames the passions and makes you feel strong and good and right when you’re knee-deep in it. Then stick to that.

I’m a big believer in following the symptoms, in going by how you feel, look, and perform. But having the numbers in front of you can really help, especially if you if you pair them with your symptoms, get tested at regular intervals, and track the trends.

Case in point is the earlier example of Brad Kearns, who more than doubled his free testosterone by tweaking his training and tracking the trends in his numbers. Had he not done the testing, he wouldn’t have any reference points.

Directlabs has good deals on male and female hormonal panels.

We lead comfortable lives. Everything works. We don’t have to face pulse-pounding situations or bring down large game just to eat. If we get cold, we turn up the heat. Hot, we turn up the AC. Things are so easy that we can spend all winter in short sleeves. It turns out that exposure to uncomfortable physical and mental sensations is important for hormone function.

Bring In the Professionals

Sometimes you just need modern professional medical help. As I’ve said time and time again, the Primal Blueprint is about availing ourselves of everything both traditional wisdom and modern science have to offer. And because our environments are so wildly different from our evolutionary environments, we occasionally need to step outside of “natural” methods to get the help we need. Sometimes replacement therapy is the ticket. Sometimes supplementation and healing protocols. That’s okay, especially if they’re laid atop a strong foundation of ancestral health practices. There are no purity tests.

And yes, they may recommend hormone replacement therapies or pharma/nutraceuticals. Exercise caution and implement extreme vetting, but don’t dismiss them out of hand. According to Weston A. Price, North American Indian tribes would often harvest moose thyroids when they were at their largest and most potent and reserve them for men and women trying to conceive. They may not have known the word “thyroid” or even understood the concept of a hormone, but they took artificial steps to enhance men and women’s hormonal health.

For more guidance, check out the podcasts Elle Russ did with Dr. Gary Foresman. He’s a former UC Irvine doctor who got sick and tired of all the nonsense and decided to branch out into integrative medicine.

NourishBalanceThrive does comprehensive testing and consultation for the peak performance minded client interested in maintaining or regaining hormonal health.

I can vouch for Dr. Howard Liebowitz in Santa Monica. A former athlete with an athletic mindset, he curates customized regimens that emphasize hormonal health, especially for the aging adult.

Don’t sell traditional docs short, either. At least not before you actually see them. They may know more than you assume, and if nothing else, they can help you order the necessary tests.

That’s it for today, folks. There are plenty of other ways to modulate your hormone function, I’m sure, and I’d love to hear about any of the ones I missed. Thanks for reading!

Question: Has anyone done all these measures and had your hormone situation worsen?