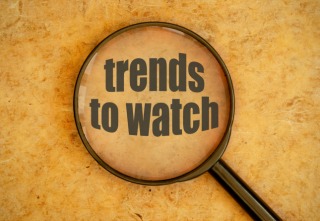 I get a lot of industry news. I eat out a fair bit. I talk to people whose job it is to spot and track health trends. I’m privy to some of the greatest, most innovative minds in the alternative health community—my readers. And you guys are always sending me interesting links. Today, I’m going to discuss some trends of Primal interest. I might poke fun at some of them, and others might be relatively small-scale, but even the silly or minor ones point to interesting movements in the health and fitness zeitgeist.

So, what are the 9 I’m highlighting today?

In 2015, I wrote about the dichotomy of value between experiences and things, pointing to research suggesting that buying experiences brings more joy and meaning to a person’s life than buying material objects. I explained how our hunter-gatherer evolution probably wired us to get more out of experiences, and I dug a bit into my own opinion on the matter.

People appear to be agreeing with me. Millennials in particular are choosing things like travel and dining out over gear and gadgets. And the material objects people are consuming enable experiential living—smartphones, fitness trackers, and such. Even media consumption is shifting away from ownership of music and movies to on-demand services like Spotify and Netflix.

Eating root-to-leaf means considering the edibility of the entire plant. More often than not, we’re throwing away a large amount of digestible, nutrient-dense flora.

Broccoli crowns are amazing, but did you know you can eat the leaves? Broccoli leaves are some of my favorite. This also works for Brussels sprouts, cauliflower, and celery.

It means eating roots and their greens, whether it’s a carrot, a beet, a rutabaga, or a turnip. When the guy at the farmer’s market asks if you want him to “twist off the leaves,” say “absolutely not.”

Even things like lemon, orange, or grapefruit rinds can be grated, pickled, or processed to extract the flavonoids.

Outfits are taking young professionals on carefully curated excursions into the wild. Check out this video from Wilderness Collective documenting their maiden trip. Yes, it’s overwrought. Yes, it’s a bit silly and a little too perfect. But it’s satisfying a real need people have: spending unbroken days immersed in natural settings.

Walking the dog in the park before work is better than nothing. Putting up a Yosemite wallpaper on your laptop is nice (and may even have an effect). Actually spending 5 nights camping out and trekking through Yosemite is nicer and far more real, even if you’ve got a Michelin-starred chef flambéing flat iron steaks for you at dinnertime.

There’s growing awareness of the importance and primacy of frequent—constant, if you can—low-level movement. Developments like fitness trackers, walking clubs at the workplace, the rise of standing workstations (pun intended), the bi-monthly article railing against the dangers of sitting too much, the concept of “exercise snacks,” (mini workouts done throughout the day) and the constant recommendations that people walk at least 10,000 steps a day suggest that the word has gotten out. Folks like Katy Bowman (of Don’t Just Sit There fame) have played a huge role in furthering, explicating, and refining the message.

Formal, dedicated training isn’t going anywhere. Nor should it. The stuff plain works. But it works better atop a foundation of constant low-level movement.

I’m not talking about jetting off to Costa Rica for dental work, or Thailand for a sex change operation. I’m talking about hiking the Pacific Coast Trail, or maybe the Appalachian Trail, or even flying to Spain to hike the Camino de Santiago, or to Turkey to do the Lycian Way. Kickboxing camps in Chiang Mai, Inca Trail maintenance at Machu Picchu, WWOOFing.

Right now, we know a few things about the interactions between specific genetic variants and certain foods, activities, and environmental inputs. But biology is probably the most complex system in the universe. We’re missing a ton.

It’s also getting better. Scientists continue to unmask, identify, and catalogue new variants and their effects—and how what you eat and how you train affects them. A product I used and enjoyed, DNA Fit, and similar ones will only get better, more accurate, and more comprehensive.

With all the CrossFitting, Tough Muddering, Olympic lifting, and other training people are doing, they’re finally beginning to wise up to the role recovery days play in fitness. But rather than only rely on time off and sleep, they’re spending big bucks on the best recovery money can buy. Float tanks (rich in magnesium sulfate epsom salts; the sensory deprivation activates but ultimately helps you tame the monkey mind), cryotherapy chambers (ultra-cold therapy), mobility tools that help you stretch and perform self-myofascial release.

Yes, this can get expensive. This isn’t a bad thing. I’ve always argued for more rest and relaxation and recovery, and the consensual exchange of money for services indicates that consumers of cryotherapy, float tanks, mobility/self-myofascial-release products are clearly getting something out of the exchange.

The Rise of Purple Food

Used to be you could only get a big whack of the all-important purple anthocyanins from a cup of blueberries. That’s changing. There’s purple carrots, purple cauliflower, purple sweet potatoes, purple regular potato, purple asparagus, purple corn, black rice. These aren’t recent creations. Purple/black varieties of produce have been around for decades. They’re becoming more prominent though. All that purple doesn’t make up for the loss of Prince, but it’s probably good for our insulin sensitivity and cognitive function.

Tech companies’ recent forays into food haven’t gone very well, but cellular agriculture could be a game changer. To grow a piece of beef in the lab, they culture stem cells taken from a piece of beef off an actual living cow. Tender cuts (filets) are harvested earlier, tougher cuts (chuck) are harvested later.

The most prominent cellular agriculture company, Memphis Meats, hopes to have its stem cell-grown “clean” chicken and pork on store shelves by 2021. They’ve already got a working meatball for people to taste.

Will it save us?

That remains to be seen. The “cultured meat” evangelists who decry the climactic impact of ruminants always overlook the vital role holistically-grazed livestock play in maintaining soil health, re-greening land, and building carbon sinks. What other “alternative” benefits of eating and raising traditional will they miss? If they try to “optimize” the fatty acid content of a stem-cell ribeye by excising the saturated fat and bumping up the linoleic acid, I will be very upset (but not very surprised).

If the technology gets cheap enough, we’ll probably be able to grow our own at home to whichever specifications we like. Bump up the vitamin K2, omega-3, collagen, zinc, and so on. That could be cool. Whatever the supposed benefits, if it doesn’t taste and behave just like good meat I’m not interested.