9 Primal/Paleo Podcasts You Should Be Listening To 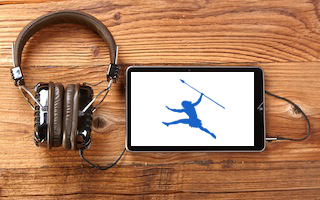 Podcasts have become a lifesaver for me. Whenever I’m stuck in traffic (which is whenever I drive in LA), or have a long trip ahead of me (and I don’t feel like or can’t read), I use podcasts to make otherwise wasted time incredibly productive, engaging, and enjoyable. Here are what I consider to be the best Primal/paleo/ancestral health-related podcasts in the world. I’ll also throw in some of my favorite podcasts that have nothing at all to do with health and fitness and Primal living.

Let’s get right to it: 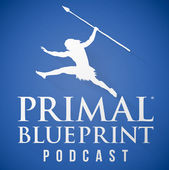 Sure, I’m biased, but for good reason: we get some great guests and feature some excellent hosts. I’ve had a lot of fun with the podcast. It’s something I’ve always wanted to get into but never felt it was the right time to jump in. Turns out you just have to go for it and make sure you have plenty of great support. Which I do: hosts Brad Kearns, Elle Russ, and Brock Armstrong have done the lion’s share of the work on the podcast, allowing me to hop in when I can. It also doesn’t hurt that we have some a wealth of content to share, whether it’s answering reader questions or talking to ancestral health superstars. 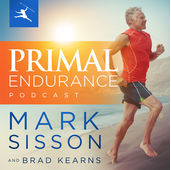 We’ve just launched the Primal Endurance Podcast, but it’s getting good buzz despite its youth. I’m known as the “anti-cardio” guy, which is a misnomer and misrepresents my actual position. Really, I’m anti-chronic cardio, the kind of day in, day out, sugar-fueled and oxidative stress-accumulating high-intensity endurance overtraining that so many people think they have to do to be healthy and fit. Since I’ve been in the game for decades, and I’ve seen it from the inside, I know why it happens and what we can do to fix it. I know people want to train for endurance sports. This podcast is about showing you how to go about that in a safe, effective, and health-promoting manner. 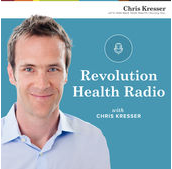 Chris Kresser, together with Steven Wright of SCDLifestyle fame, typically uses his podcast platform to delve deeply into one or two health-related topics. Each episode is a special report on things as disparate as methylation, diabetes prevention, coffee, juicing, and what lipoprotein A means for your health. Chris gets his hands dirty sifting through the murky world of alternative (and not so alternative) health, nutrition, and fitness. As a clinician and researcher, he brings a unique blend of real-world experience and book learning to the table. And with every episode, you’ll learn what Chris ate for breakfast that day, which always seems to involve sauerkraut. 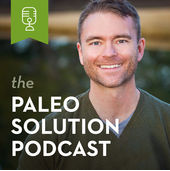 Robb Wolf — what a guy, right? Nobody does it quite like Robb, who manages to blend crass humor, razor sharp insight, blunt but effective advice, and irreverence into perhaps the most popular (for good reason) podcast in this arena. Some episodes are Q&A from the readers. Others are formal interviews with notable health experts. And some are just roundtable discussions akin to a night out with your pals, if your pals happened to be ancestral health experts. If you’re at all interested in the world of paleo nutrition, you need to listen to this podcast. Heck, you probably already are listening to it. 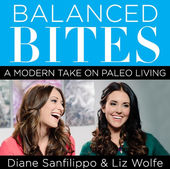 Diane Sanfilippo and Liz Wolfe are a dynamic reader question-answering duo. Diane wrote the bestselling Practical Paleo, while Liz is the author of the recently released Eat the Yolks. Their show is hilariously conversational, with lots of tangents (in a good way) that spin off and somehow circle back around to stay relevant to the discussion at hand. This is a paleo podcast that non-paleo adherents can enjoy because it goes off the rails so often (again, in a good way). But don’t mistake it: this is a legit source of fantastic exercise, dietary, health, and wellness information. If you’ve got a question about all this Primal stuff, check out their archives because they’ve probably addressed it. 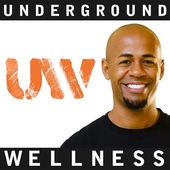 If you were to look up the word “infectious” in the dictionary, a picture of host Sean Croxton would appear. Because of his enthusiasm. The guy just sucks you in. And I’ve met him. I’ve appeared on his show. It is not an act. It is full-on unbridled, ultra-sincere enthusiasm for health, wellness, fitness, and nutrition. When you subscribe to Underground Wellness and listen to it regularly, you’ll get exposed to a diverse sampling of “alternative” health practitioners, experts, coaches, authors, trainers. Sean crosses all borders and respects no boundaries, making his show good for hearing from people with whom you might disagree (but can learn a thing or two from). 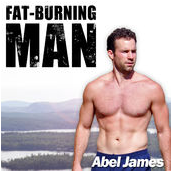 Host Abel James is a singer-songwriter, Primal nutrition expert, entrepreneur, best-selling author, cooking app developer, and all around awesome dude. He pretty much does it all, and does it well, which is why he’s been a PrimalCon presenter and Primal Blueprint Podcast special guest in times past. That also makes the Fat-Burning Man Show a real treat to listen to. Abel’s able (yep, that was on purpose) to bridge the gap between so many different worlds and expose the listener to perspectives he or she may not have considered. So while the stated focus of the podcast is evolutionary health and fitness, it covers way more than that. 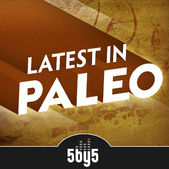 Angelo Coppola grows and changes and molts with the times, morphing from orthodox paleo when he started to plant-centric paleo today. Although these seemingly shocking transformations may turn off some, they’re just evidence of personal evolution and, in my view, personal integrity. At the very least, it’s an interesting course to follow along with as a listener. You may not agree with the way he approaches ancestral health, but you’ll probably be forced to question your assumptions — which is always a good thing. And you’ll hear and learn from health figures you might otherwise not be exposed to, like a vegan cardiologist. The bulk of Latest in Paleo focuses on relevant news, scientific papers, and other paleo-related material from around the world, which anyone can enjoy. 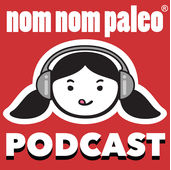 You may know Michelle Tam from her incredibly popular and delicious recipe blog (yes, the blog itself is delicious), app, and book, but she’s just embarked on a podcasting career that appears to be going very well. Each week, she, her husband, and their two kids gather around the dinner table to record a podcast. It’s about as precious and endearing as you’d imagine from that description. You’ll hear the clan tell how they spend their days, discuss what they eat, interview famous chefs, and even have special surprise guests from the paleo health community. It’s a fun show with a lot of promise.

What else is good?

I’ve got a few other favorites that you might find interesting. Be warned, though: they have little/nothing to do with health, wellness, nutrition, fitness, or Primal living.

Hardcore History — Host Dan Carlin makes an already fascinating subject — history — come alive and become even more engrossing. Each episode runs as long as 4 hours and draws on hundreds of primary and secondary sources. Highlights include the Wrath of the Khan series and the Death Throes of the Roman Republic series (which is now under a paywall, but still worth it).

Tangentially Speaking — Chris Ryan, author of Sex at Dawn, talks to interesting people about interesting subjects. Coursing through the episodes is Ryan’s basic view that life was simply better in prehistoric hunter-gatherer societies, a feeling to which many of you may relate. Highlights include the episodes with Murphy Pelot, Thaddeus Russell, Peter Gray, and Dennis McKenna.

Radiolab — Some people don’t like the production, but I really dig it. And the subjects they cover are worth it even if you’re one of the ones who don’t. Highlights include Patient Zero, Emergence.

This American Life — The best storytelling podcast around. Hard to go wrong here.

Serial — Everyone was talking about it, for good reason. Serial followed a real life crime story as the host investigated the guilt or innocence of a convicted murder. Listen to them all.

Happier with Gretchen Rubin — Gretchen Rubin gives concrete tips on how to be happier, which is pretty much what we’re all after. Highlights include Stop Reading That Book and Be a Tourist in Your Own City.

Love+Radio — Really fascinating stories. Some incredibly disturbing ones, too. Often not safe for children. Highlights include The Living Room, The Wisdom of Jay Thunderbolt, Split Brain, Paremoremo.

That’s about it for me, folks. Now let’s hear from you.