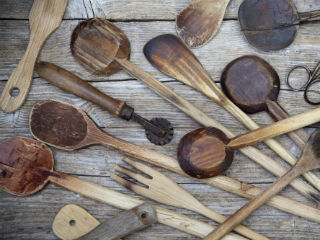 Preparing your own meals is the best way to ensure you’re eating real food that your body needs to thrive. It takes the guesswork out of what is or isn’t Primal in a world of ready-made meals. But if you don’t approach cooking 3+ meals a day with a strategy, you’ll start feeling like you’ll never get out of the kitchen, which isn’t such a good thing.

A collection of Primal recipes right at your fingertips definitely helps. But if you really want Primal cooking to be easy, convenient, and manageable in the long haul, then what you need most are some kitchen hacks that every Primal cook should know.

1. How to Cook With a Cast Iron Skillet

If you’re going to invest in one new piece of cooking equipment, buy a cast iron skillet. Cast iron is a safe, indestructible cooking surface that puts a crispy sear on meat like no other. It can go from the stovetop, to the oven, and even on the hot grates of a grill (the last option makes for awesome burgers, because allowing them to bask in the glory of their own fat, rather than dry up while the precious drippings fall beneath the open grating, is just brilliant).

Cast iron pans cook best when really hot. So heat up the pan, add some fat, and throw in whatever you’re cooking, be it meat or vegetable. Cast iron retains heat well even when cold food is added, so expect ingredients to cook a little faster than usual. Finish cooking on the stovetop, put the pan in a pre-heated oven to finish cooking meat all the way through, or cook vegetables until tender.

To season your new cast iron pan (which helps create a fairly non-stick surface), heat the pan up on the stovetop until it’s really hot, then rub a little neutral-flavored oil, coconut oil, or lard into it and let it cool. Do this several times before you initially cook with it and after each time you wash it. It’s fine to wash a cast iron pan with water and a little bit of soap if necessary—just make sure to dry it immediately and don’t use a metal scouring pad.

2. How to Cook Large Cuts of Meat 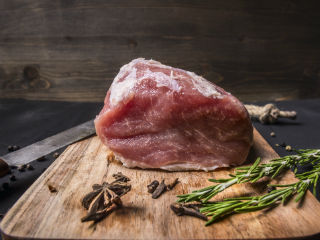 A large cut of meat is a gift that keeps on giving. Cook it at the beginning of the week and you’ll have meals for days. Slice off meat for breakfast, add it to salads for lunch, or reheat the meat with vegetables for dinner.

Be it beef (chuck roast, round roast, brisket), pork (shoulder/butt), or lamb (shoulder or shank), the following 3 steps can be used to cook large, and therefore less expensive, cuts of meat.

Oven: Set the oven to 300 F. Put the meat in a baking dish that it fits snugly into. Add enough stock (or a combination of wine and stock) so the liquid comes halfway up the side of the meat. Throw in a chopped onion, a few garlic cloves and a bay leaf. Cover with a lid. Cook for 2 to 4 hours until you can pull the meat apart easily with a fork. If the meat is still tough when you check it, cook it longer.

Slow cooker: Set your slow cooker to low. Put in the meat, add ½ cup stock, plus a chopped onion and a few garlic cloves. Cook for 6 to 8 hours until the meat is tender.

Strain the cooking liquid into a pot after removing the cooked meat. Bring to a boil, reduce heat, and simmer to thicken into a sauce.

If you always buy beef, pork or chicken and avoid lamb because you’re not exactly sure what to do with it, here’s a simple idea: Use lamb in your next stir fry. Or stew. Or chili. Easier yet, shape ground lamb into meatballs or burgers.

To enjoy lamb, you don’t have to get super-fancy or spend tons of money on expensive cuts. Just treat it like any other type of meat. Lamb loves herbs and spices, so break out the cumin, coriander, paprika, cayenne, curry powder, cilantro, rosemary and parsley.

4. How to Cook Fish Perfectly 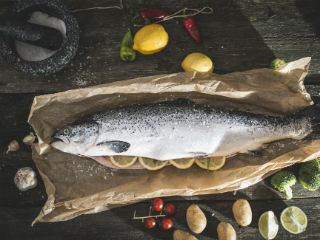 Fish is a great alternative staple to land roaming creatures, especially if you get a wild caught variety packed with anti-inflammatory omega-3s. But you won’t want to make it part of your Primal menu if it’s bland, rubbery or dry. So next time you buy fish, choose a fillet with the skin on and try this simple cooking method for a perfect texture every time (it works for skinless fish too, but that skin is worth keeping on!)

Pat the fish dry. Better yet, uncover the fish in the refrigerator 1 to 2 hours before cooking so it air dries. Wet fish sticks to pans and grills, and wet skin won’t get as crispy.

Use a stainless steel or cast iron skillet and get it really hot. Right when the pan is about to start smoking, add a tablespoon or two of oil/fat–enough for a thin coating on the bottom of the pan. Lard works well for frying fish, or a combination of butter and olive oil.

Get the oil/fat hot, too. When the oil is hot and shimmering, add the fish skin-side down (watch out for oil splatters).

Use a long, wide spatula to press the fillet flat against the hot pan as it cooks. But don’t move the fillet around! Cook until the fish is opaque, with just a thin layer on the very top that remains uncooked. Quickly and confidently slide the spatula under the fish and flip it over. If the fillet is ready to be flipped, it will release easily from the pan. Cook it just 1 minute more. Err on the side of taking fish off heat sooner rather than later. Remember, it will continue to cook a little once it’s out of the pan.

5. How to Eat More Seaweed 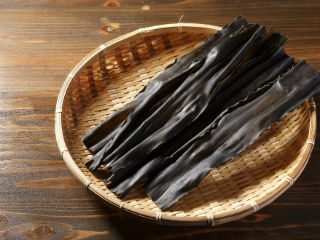 Seaweed is a potent source of important minerals that you’re probably missing out on. Some cultures consider seaweed a staple food, but in the United States it’s mostly just served with sushi. If you’re not packing nori full of rice anymore, then how else can you regularly eat what is essentially one of nature’s best multivitamins?

Sure, you can sauté dulse as a side for eggs or blend it with olives for a salty tapenade. You can buy bags of mixed seaweed, wakame or alaria and add it to regular salads and coleslaw. You can even use nori as a wrap for meat or eggs, or bake it in the oven to make your own seaweed snacks.

But the easiest way to bring seaweed into your life is to keep kombu in your pantry, since its formidable constitution helps it stay fresh forever. Whenever a pot of stock or soup is simmering, throw a piece of kombu in it. It’s one of the easiest ways to add nutrients to a dish without adding strong flavor (just remember to remove the strip of kombu before serving the soup.)

6. How to Replace Rice and Pasta

The great thing about replacing traditional rice and pasta with Primal “noodles” is that it doubles as an easy way to add a vegetable to your meal.

Cauliflower is the most common substitute for rice. Throw steamed cauliflower in the food processor and process until it’s chopped into rice-sized bits. Or, process raw cauliflower into small bits, toss with olive oil and salt, and bake in a thin layer on a large rimmed sheet pan for 20 to 30 minutes until brown and crispy.

In place of noodles, spaghetti squash and thinly sliced zucchini can be tossed with your favorite pasta sauce. Or, invest in a Spiralizer to turn just about any vegetable into noodles. Craving baked pasta? Try celery root lasagna.

Or, just skip noodles all together and simply dig into a bowl of hearty meat sauce.

7. How to Eat Sandwiches Without Bread

True, sandwiches are convenient for lunch. But putting your favorite sandwich in a bowl, minus the bread, is just as easy. Add lettuce, and you’ve got a great salad. Turkey, tomato, bacon and avocado over greens is a fantastic lunch. Who needs the bread? Keeping a bottle of olive oil and vinegar in your desk at work makes dressing the salad easy (or, if you don’t feel like prepping, stashing away one of PRIMAL KITCHEN™’s avocado oil based dressings will do the trick).

Then, there’s the Primal Egg McMuffin, Guacamole-stuffed Southwest Burgers, and Portabella Chorizo Burgers. All delicious, and all served without bread.

8. How to Say Goodbye to Chips (and Other Salty, Crunchy Junk Food) 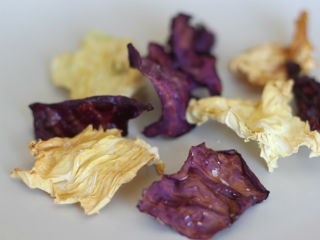 Potato and corn chips have two things going for them: they’re salty and they’re crunchy. But the potato and corn part, plus many other questionable junk food ingredients (like industrial seed oils), not so great. Luckily, crunch and salt are easy to re-create with other real foods.

When a chip craving hits hard, steer yourself out of the junk food aisle and towards the meat section. Why? Because meat laden snacks like these chicken skin chips are as light, airy, crunchy and salty as any grain based chip you’ve ever had. (Also, the meat section has bacon, one of nature’s crunchiest, saltiest Primal favorites). If you’re not in a meaty mood, vegetable chips are also great for crispy, salty snacking. You’ve got your kale chips, cabbage chips, zucchini chips, and the list goes on.

A handful of nuts can also be a satiating and nutrient rich snack. Or, you could really go for it with a batch of Primal Bacon Trail Mix. Beef jerky, olives, spicy pickled green beans…all of them are snacks that will satisfy your cravings for crunchy and/or salty things.

So how’s that for a start? Are you ready to give some of these tips a try? Have you already tried some out, but want to give them a second go? Head over to your pantry or grocer today and start experimenting with some of these Primal hacks for your next meal. The (Maybe Not So) Definitive Guide to Cold Therapy 11 Physical Challenges to Take This Month