7 Common Calorie Myths We Should All Stop Believing 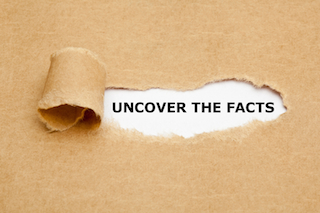 Many people think weight loss is simply about cutting calories. They believe that to lose weight, you must reduce calories (either eat less or burn more), to gain weight you must add calories, and to maintain weight you keep calories constant. To these folks, calories in, calories out is the only thing that matters. They usually oppose the Primal Blueprint because they assume that we “deny” the importance of calories in weight loss.

Well, they’re wrong. I don’t deny the importance of calories. Calories absolutely count. And if someone has lost weight, they have necessarily expended more calories than they consumed. That said, there are some major misconceptions about calories, body weight, fat loss, and health. These calorie myths are often rooted in truth but presented in black-or-white terms that are useless at best, harmful at worst, and do little to help the average person lose body fat.

Calories in, calories out is all you need to know.

Simple is nice. Simple is good. But overly simple is dangerously inaccurate, so let’s break this statement down.

What does “calories in” refer to?

Calories in — what we eat. We can’t metabolize sunlight or oxygen. We can’t feast on the souls of the damned. The food we eat determines “calories in” entirely. Simple.

“Calories out” is where it gets confusing. There are several components to “calories out”:

Not so simple, is it? There are a lot more variables to consider.

Oh, and about those variables…

Calories in and calories out are independent variables.

That would be nice. You could drop energy intake and maintain your resting metabolic rate while burning the same amount of energy digesting food (even though you’re eating less of it) and working out. The fat would melt off at a predictable, constant rate. Anyone with basic arithmetic skills (or a calculator) could become a successful weight loss coach and very few people would be overweight.

In reality, the amount and type of calories we eat affect the amount of energy we expend:

Calories in affects calories out. The two variables are anything but independent of each other.

Weight gain is caused by eating more calories than you expend.

Calorie fetishists love pointing out that weight gain requires overeating. That is, everyone who gains weight necessarily ate more calories than they expended. Okay. We’ve established that everyone agrees on this. But it’s just restating the issue. It doesn’t tell us anything new or useful. It’s merely descriptive, not explanatory.

To show you what I mean, let’s do the same thing with other phenomena.

Why was Martin Luther King Jr. assassinated? Because someone pointed a sniper rifle at him and fired it.

Why did Usain Bolt win the 100 m final in the Beijing Olympics? Because he crossed the finish line first.

Why is the restaurant so crowded? Because more people entered than left.

These are technically true, but they ignore the ultimate causes. In King’s case, they fail to discuss racism, the civil rights movement, or the motivation of the shooter. They don’t mention Bolt’s training, genetics, or his childhood. They don’t discuss why the restaurant has attracted so many customers — new menu, Valentine’s Day, graduation? They simply restate the original statement using different words. They just describe what happened.

I’m interested in what truly causes us to eat more than we expend and/or expend less than we eat. I don’t care to merely describe weight gain because that doesn’t help anyone.

A calorie is a calorie.

Look. I loved Carl Sagan. Like everyone else, I got chills when he’d wax poetic about our place in the universe and our shared origins as “star-stuff.” But just because steak comes from the same star-stuff as a baked potato, isocaloric amounts of each do not have identical metabolic fates in our bodies when consumed.

We even have a study that examined this. For two weeks, participants either supplemented their diets with isocaloric amounts of candy (mostly sugar) or roasted peanuts (mostly fat and protein). This was added to their regular diet. After two weeks, researchers found that body weight, waist circumference, LDL, and ApoB (a rough measure of LDL particle number) were highest in the candy group, indicating increased fat mass and worsening metabolic health. In the peanut group, basal metabolic rate shot up and neither body weight nor waist size saw any significant increases.

Does this invalidate the relevance of energy balance? Of course not. Since the peanut group’s metabolic rate increased, they expended more calories in response to added calories, thus remaining in balance. But it does elegantly and definitively invalidate the simplistic notion that all calories, especially added calories, are treated equally by the body.

Weight loss and fat loss are the same thing.

People don’t want to lose weight. “Losing weight” is common parlance, but we really want to lose body fat and retain, or gain, muscle. And studies indicate that the macronutrient composition can differentially affect whether the weight lost is fat. It’s not just about total calories.

Take the 2004 study from Volek that placed overweight men and women on one of two diets: a very low-carb ketogenic diet or a low-fat diet. The low-carb group ate more calories but lost more weight and more body fat, especially dangerous abdominal fat.

Just “weight” doesn’t tell us much. What kind of weight? Are we losing/gaining fat or muscle, bone, sinew, organ? Are we increasing the robustness of our colons and the number of bacterial residents (who, though small, carry weight and occupy space) from added prebiotic fiber intake? These factors matter for health. I’d argue that they’re the only factors that actually matter when losing or gaining weight because they offer insight into our health and body composition.

Exercise helps you lose weight only by burning calories.

Most people think of exercise as a way to mechanically combust calories. And that’s true, to a point. Exercise does “burn” calories, and this is a factor in weight loss. But it does lots of other cool things to our physiology that can assist with improving body composition, too.

Compared to something high intensity like burpees or something aerobic like running a 10k, lifting free weights doesn’t burn many calories when you’re lifting them. But it does improve insulin sensitivity, which reduces the amount of insulin we secrete for a given amount of carbohydrate and increases our ability to burn body fat. It increases muscle mass, which uses calories (protein). It strengthens connective tissue, which also uses calories. It even preserves metabolic rate during weight loss and boosts it for up to 72 hours post-workout. All these changes affect the fate of the calories we ingest.

If calories burnt were the most important factor, then the best way to lose weight would be to hammer it out with as much endurance exercise as you can withstand because that’s the most calorie intensive. But studies show that combination training — aerobic and resistance training — leads to greater reductions in body fat than either modality alone.

Even aerobic exercise isn’t just about mechanically burning calories. It also preferentially targets the reward regions of our brains, reducing the allure and spontaneously lowering our intake of junk food.

You’d think that, wouldn’t you? Most foods at the grocery store have labels. Even restaurants are beginning to emblazon menus with calorie counts for each item. As humans, we implicitly trust the printed word. It looks so official and authoritative, and it spells out with great specificity exactly how many calories we’re about to eat.

Except studies show that’s not the case. Whether it’s the nutritional information provided by restaurants, the calorie counts on supposedly “low-calorie” foods, or the nutritional labels on packaged foods, calorie counts are rarely accurate. Food manufacturers can even underreport calories by 20% and pass inspection by the FDA.

Maybe that’s why people have so much trouble sticking to their allotted number of calories. If only reality would bend to the will of the label!

You may roll your eyes at some of these ideas because they’re so preposterous, but consider where you’re coming from, where you’re reading this. This is how the general public – and, often, the experts and physicians advising their patients and writing policy — approaches the question of fat loss. Sure, not everyone immersed in conventional wisdom holds every one of these myths to be true. And when they’re actually faced with the statement, few will claim that a calorie of steak is metabolically identical to a calorie of white sugar or that weight loss is the same as fat loss. But when calories in, calories out is the first line of attack against excess body fat, these are the kind of myths that become entrenched.

It’s important to take them head-on.

No one wants to be fat. The obese know they’re obese. They’ve had “calories in, calories out” drummed into their heads for years. If it were really as simple as eating less and moving more, they wouldn’t be obese. And yet here we are. That might be the biggest danger of the continued propagation of these myths — they convince people that they’ve failed at something simple, basic, and central to being a healthy, moral human being.

Thanks for reading, everyone. Take care and be sure to let me know what you think of these calorie myths in the comment section. And check back soon. I’ve got more calorie myths on the way.