6 Reasons Why Mistakes Are Important for Success 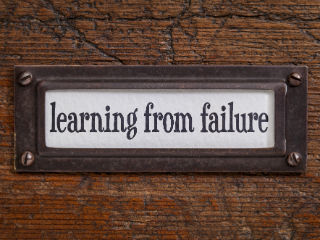 Ask a hundred people you meet this week what instances spurred their biggest growth in life (any dimension of it) and I’ll wager most of those stories will fall under the umbrella of “mistakes.” And the bigger the flub, you’ll find, the more learning (and benefit) they probably received in the long-term. You’d think that knowing this we’d welcome the missteps and embrace them as the natural, productive, and highly potent opportunities they are. But not so much. Instead, we live in fear of them, try to circumvent them, endeavor to hide them even when they inevitably happen. We get thrown off by a skewed perception (social media and otherwise driven) that others magically operate out of perfection. We fall prey to the idea that when we make a mistake, we have a problem instead of an opening. It’s too bad really—because in doing so we cut ourselves off from perhaps our most effective catalysts for change…and success.

When we think of success, our minds naturally zero in on the desired outcome. Success is the ultimate goal, the end product, the final result we wanted all along. While successfully attaining an individual outcome is gratifying, there’s the whole process from desire to result that we tend to gloss over, not to mention the bigger perspective we get on what’s possible to desire (and achieve). Mistakes are an essential part of any transformation. Not only do they underscore the whole fallible humanity we’re working with, but they bust open the entire process of transformation, helping us break through into deeper dimensions of commitment while redirecting us toward more constructive pathways.

The challenge is to learn to accept the messiness of change—health change, career change, family change, lifestyle change. We can, of course, take a lesson from history here. Life is and has always been trial and error. Human—and all of—evolution was one massive set of false starts and broken lines with only a few (and their progeny) getting out alive. There’s perspective on the five pounds you gained over the summer.

It’s simple really. If we can just accept the patchy, errant nature of progress, we have a better chance of using our mistakes to propel rather than sink our success. Here are a few thoughts on that.

1. Mistakes move us to learn

Sure, failure smarts, but when the sting wears off, we find ourselves more open to the feedback of the experience (hence the saying, “There is no failure, only feedback.”) Mistakes knock us off our rigid axis, freeing us from the delusion that the way were doing it was the best way, let alone the only way. Although we of course knew this intellectually, mistakes help us absorb this truth very quickly.

We land in a place of teachability, a place in which we’re more receptive to new influences and perspectives. Call it necessity or humble pie.

Maybe we’ve been stuck in a fitness routine that served us well in our 30s and 40s that doesn’t meet our needs in later decades, and it took an injury to finally realize it. Maybe we thought after five years of being gluten free that eating a stack of pancakes wouldn’t be a big deal for our IBS. The feedback makes a grand statement we won’t soon forget.

After the inevitable regret, the point here is that we become willing to learn, willing to do it a different way, willing to build resolve. We’re motivated to avoid injury. We’re committed to give up foods or stressors that don’t serve us. Our brains themselves are even supercharging these efforts, operating at heightened sensitivity. Research shows we have a unique form of memory known as error memory, which helps us perform motor tasks differently. Likewise, serious food reactions can result in instinctual aversion. Far from mere avoidance learning, we can take on a mindset that makes the whole blunder feel like a positive move when we put it in context or see how we can use the information to move our health forward.

A saying I’ve heard attributed to a few people is “I never lose. I either win or learn.” Make this your mantra, and be willing to always ask what the lesson is.

2. Mistakes give rise to healthy self-compassion

It’s a truth that’s unfortunately lost on too many people. In contrast to the stereotypical drill sergeant model of continual butt kicking, showing ourselves self-compassion is a key motivator to keep progressing toward our goals. Research confirms that compassionate acceptance of our own mistakes enhances our enthusiasm and determination to move forward toward our goals.

A junk food binge won’t, in fact, help you improve your health or lose weight. But stressing about or abusing yourself over it won’t either. Use the chance to detach from the choices, offer up compassion, and take a nonjudgmental but discerning look at what set the chain in motion and what the real effect was. (It probably wasn’t as enjoyable as you thought when it was all said and done.) What did you need that you weren’t getting? What reserves (of patience, of self-care, of sleep/rest, of solitude, of activity) were running low? How can you take better care of yourself next time? A bit of kindness goes a long way in making the best of a situation and applying it for your benefit in the future.

3. Mistakes free us from sabotaging fears and help us take more positive risks

It’s amazing the number fear can do on our health efforts. When we fear a certain outcome (e.g. regaining the weight, injuring ourselves, not training adequately for a race, coming in last with something, doing anything we felt pressured to take on, etc.), we give it energy and attention. Our mind at times can even compulsively get wound around it. We become so entranced with trying desperately to tread the edge that we end up falling right in.

And then it’s done. Having hit up against the thing we have feared the most, there’s a certain relief. The biggest bogey isn’t trying to break down the psychic door. It’s here on the couch sitting next to us. And suddenly, it doesn’t seem like such a catastrophe to live with. Not our first choice, but not the complete disaster we stressed so much about averting.

There’s a certain fearlessness that comes with “failure”—as in multiple failures, time and time and time again. It’s one way elite athletes actually build resilience and hone discipline. Because the more fearless we are, the less inhibited we are, and this opens up major possibilities.

Because if we’re not making mistakes, we’re not taking big enough risks…

It might seem counterintuitive. What knocks us on our duff is what’s going to help us win the race? With a little resilience, yes. We admit we haven’t been living up to our healthy ideals, and it’s taken a toll. Even when we’ve been chugging along in the usual routine, it’s easy to get complacent, easy to check out. We might have discipline to keep going with whatever healthy behaviors we’ve put into place, but we can drift away from the core of what we’re doing.

Hitting a major snag changes that. Suddenly, we’re not operating on autopilot anymore. We have to think once again about what we’re doing. We have to be solution-minded, and to do that we reinvest.

If we find ourselves in the midst of a panic attack because we’ve let our stress levels skyrocket, if we take a spill on the treadmill because we’re overtired from staying up late too many nights, if we realize our waistline has crept up because we’re trying to eat the way we did a decade ago when hormonal reality was different, we’re going to have to get creative and commit.

5. Mistakes move us from an improvement mindset to an expansion mindset

This is big. And maybe the point people most commonly miss.

Mistakes move us out of the small view of success as honing a skill to (supposed) perfection and into a enlarging perspective that embraces success as living into encompassing actualization and fulfillment. To move on from them, we view mistakes against the larger backdrop of the vision we have for our lives. Doing so helps us see them in right proportion (i.e. not a big deal in the grand scheme). We surrender the loss, in other words, to re-affirm the vision and gather ourselves to keep pushing forward.

Success can be bench pressing a particular amount, but that’s a situational, limited view. There’s absolutely nothing wrong with a performance goal, but it focuses on a skill, not a life.

Most of us want a successful life.

That means not just improving what already exists, what we’re already operating out of. Mistakes keep us nimble and creative, open to a larger picture, focused on expansion rather than perfection. They might disappoint us in the moment but ultimately remind us of the overarching design we’re aiming for.

6. Mistakes remind us that it’s all a grand experiment

Finally, mistakes oblige us to remember that all of our efforts, whatever they come to or don’t come to, are how we meet the game of life each day. The more passionately we play, the more we get out of it. But that invariably means more, not fewer, screw-ups and even some errors of colossal proportion.

Mistakes keep us flexible and attentive. Engaged with life rather than with routine. And which life would you rather have?

Thanks for reading today, everyone. Share your thoughts on mistakes, failure and rebooting below.