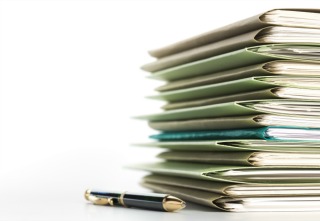 “Back in my day, science came harder. We may not have had your fancy longitudinal data analyzing software, your iterated pool of available data upon which to build, or your worldwide network of instantaneous communication and information transmission, but we rolled up our sleeves and got to work just the same. And man did we do some science and discover some things. Boy, you don’t even know the half of it.”

When I turn my sights back to older research, I realize that a lot of this stuff we “discover” in health and nutrition has already been found, or at least hinted at. Today, I’m going to explore some of my favorite research from years past that, if posted to Science Daily or linked on Twitter today, would get a huge response.

It’s 2018, and very low-carb eating is on the rise. From Bitcoin carnivores to the success of the Keto Reset to the zero-carb movement, there’s a growing acknowledgement that eating as little glucose as possible may stave off some of the aging-related maladies that plague us. But it’s not exactly new. Back in 2006—okay, not that long ago, but longer you think at first glance (12 years!)—researchers were exploring the role a carnivorous diet could play in anti-aging.

In 1998, scientists set out to induce colon cancer in rats using different sources of protein and fat. Since “everyone knows” red meat causes colon cancer, they wanted confirmation. There were ten groups of rats with different fat and protein sources and amounts. One diet was based on casein and lard. Another was casein and olive oil. Another was beef. Another was chicken with skin. And the last was a diet based on bacon. For each diet, one group got 14% fat/23% protein and the other got 28% fat/40% protein. They tracked ACF multiplicity—the formation and spread of aberrant crypts, the structures that presage the beginning of colon cancer.

Flummoxed, the authors hypothesize that the nitrate-induced hyperhydration—the bacon-fed rats drank more water than the others—was able to counter the carcinogenic effects of all that bacon. Sure.

This is a rat study and far from definitive, but I almost never see anyone cite it. It’s one of my all-time favorites.

A doctor tells his patient that he has heart disease. Gives him a list of prescriptions to fill, tells him to cut out the fat and lower the salt, recommends he “exercise regularly.” Standard stuff. Why isn’t “take magnesium” on that list of best practices? Why isn’t getting a blood magnesium test standard alongside a blood lipids test? A 1981 paper found convincing evidence that low serum magnesium had the strongest correlation with heart disease. A 2013 review had the same conclusion.

Mildred Seelig studied this for decades, exploring the mechanistic underpinnings of magnesium deficiency and heart disease, the role of magnesium in congestive heart failure, the utility of magnesium infusion in acute myocardial infarction, She and her results received little acknowledgement by the medical community.

As recently as 2004, Seelig was showing that magnesium accomplishes many of the same effects as statins without the negative side effects. We really should have listened to her.

In the late 60s and early 70s, as most nutrition researchers focused their ire on saturated fat and cholesterol using spotty data, John Yudkin was exploring the role of dietary sugar in heart disease. He actually showed back in 1969 that sugar consumption made blood “stickier”—increased platelet adhesion, an indication of arterial injury—and insulin skyrocket in certain people, and these people were at a greater risk of heart disease. He highlighted the strong connection between elevated insulin and atheroma (the degeneration of arterial walls).

If only we’d adopted his paradigm then.

“No, because I make sure to eat lots of meat and cheese, especially together in the same meal.” Say that next time anyone asks if you’re worried about getting colon cancer on your “caveman diet.” They’ll laugh, but it’s true. Researchers have known this for decades.

Don’t believe me? In order for animals to develop colon cancer from eating red meat, researchers must deprive them of calcium. Calcium, particularly in the form of cheese and in the context of a meat-rich diet, protects against colon cancer.

One study even cooked the hell out of Swiss cheese to modify the casein in the cheese, supposedly turning it carcinogenic. But when the rats ate the cooked cheese, their ACF multiplicity dropped.

And it is a problem for the lipid hypothesis. What do you do when you “just know” that lowering cholesterol is healthy, but the data doesn’t want to cooperate? When Japanese-American men with the lowest cholesterol have the highest mortality? You blame “unadjusted analyses.” Raw data showing an increase in total mortality from lipid lowering must be massaged!

Science progresses by building upon the scaffolds previous generations have erected—on older research. And those older studies are often just as powerful, groundbreaking, and illuminating as the newer studies. You just have to look.

I’m interested in hearing from you. Hop on Pubmed, filter out any results published in the last twenty or so years, and report what you find. I bet you’ll be pleasantly surprised and the breadth and depth of research.

Thanks for reading, everyone. Take care and share your favorite pieces of older research!