6 Hidden Superfoods You Probably Already Have in Your Pantry 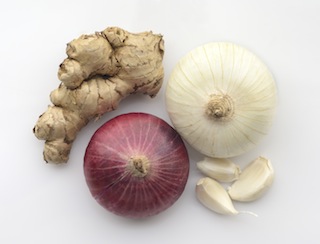 I generally don’t subscribe to the idea of superfoods. While I’ll try your obscure Amazonian berry that spent a fortnight fermenting in a capybara’s colon, I won’t join your pyramid scheme to help sell it. I may very well add a teaspoon of gelatinized maca root to my smoothie, but I won’t claim it’s responsible for my great health. These foods are perfectly nutritious, contain impressive levels of some unique phytonutrients, and often have robust clinical support as inclusions in healthy diets. But c’mon: who’s regularly eating goji berries for $15 a pound? They’re not even that great.

I’m far more interested in the regular “superfoods.” The normal foods that we don’t necessarily consider super. The ones that are just there but have incredible health benefits just the same.

So, don’t expect to see dried Himalayan mulberries, killer bee pollen, or raw cacao nibs on this list. Or grass-fed beef liver, or pastured eggs, or any of the other animal foods we cherish and exalt in the Primal community. Those have been covered to death. It’s time to highlight the regular, everyday foods we probably take for granted.

We forget about the onion, don’t we? But there it is, wherever you go and whatever you eat. From France’s mirepoix (carrots, onions, celery), Spain’s sofrito (onion, garlic, tomatoes), cajun cuisine’s trinity (onion, celery, bell peppers), Italy’s battuto (carrots, onions, celery), onions form the base of many of the world’s great cuisines. Go have a curry in an Indian restaurant, and you’ll have onions. But they don’t just taste good. They possess incredible health effects of which most people are unaware. And they’re dirt cheap and fairly hardy at room temperature. There’s no reason not to keep a big bag of them around.

For best results, cut your onions and allow them to sit in the open air for five to ten minutes before applying heat or eating.

It’s delicious, sure. Everyone loves its pungency and bite, of course. But while many may be peripherally aware that garlic is a healthy ingredient, I don’t think they really understand the degree to which it can elicit favorable changes to our health. Let’s take a look.

As for prep, same goes for garlic as onions. After crushing, cutting, or otherwise rupturing its cellular membranes, allow garlic to sit for a few minutes to increase enzymatic conversion.

If you’re after the health benefits, raw, crushed/chopped garlic is the best source. But go ahead and cook away, too. An effective dose is between 1-3 cloves, although more may increase benefits.

Along with garlic, ginger is a cornerstone of Asian cooking. Korean, Chinese, Thai, Japanese–all the major ones employ it liberally. A lot of people profess to hate ginger (on the other hand, arguably just as many profess their undying love), yet chances are they enjoy a food that has ginger as a vital ingredient. I’ve got a pal who claims to hate ginger. Yet he loves Korean-style short ribs, teriyaki chicken, and claims to want to one day retire in Thailand just for the food. He actually loves ginger without realizing it. Too much ginger can stand out, sure. But the right amount can ingratiate even the most vociferous haters of ginger to its inclusion in a dish.

A teaspoon of raw grated ginger is an “active” dose. I’ll often add several heaping teaspoons to the garlic broth I mentioned above, toss a few chunks into smoothies, or make ginger lemon tea (hot water, lots of ginger, and fresh lemon juice). And of course, I cook with it.

Black pepper just might be the most ubiquitous spice in existence. It’s so common that we don’t even really think of it as a spice. We just add it to everything, almost absentmindedly. There’s no better way to season a steak than with salt and black pepper.

Ever notice how black pepper goes with everything? You can make French, Indian, Italian, or American food and be confident that the recipe will call for significant amounts of black pepper. And even if it doesn’t explicitly request it, black pepper usually works. Some cuisines, like Chinese, favor white pepper, which is just black pepper with the black hull removed. It’s the same plant.

Black pepper goes with everything in another sense, too: a primary black pepper compound known as piperine enhances bioavailability of certain plant compounds. Black pepper is basically like Steve Nash, Jason Kidd, John Stockton, or Magic Johnson; it makes the other spices/players better.

Do what I do: grind a ton of black pepper into everything you eat. It’s possible that I use entirely too much, but it tastes great and it’s probably making the rest of the food even more nutritious.

When significant portions of three continents consume olives and olive oil as an irreplaceable staple food, there’s something going on. Heck, the love for olives crosses sociopolitical boundaries. It shatters them. Spend a week in Israel and you’ll eat olives or olive oil with just about every meal. Hop the border into Gaza and you’ll find people who, despite the diametrically opposed political and religious views and drastically different living conditions, will also be eating olives and guzzling their oil. It’s like that for the entire region. From Portugal to Spain to the south of France to Italy to Cyprus to Greece to Turkey to Lebanon to Syria to Jordan and up through Tunisia, Morocco, Algeria, Libya, it’s olives and olive oil.

To most of us, olive oil is just something we use to cook and dress salads. To our physiologies, especially our cardiovascular system, it’s a lifesaver.

Good extra virgin olive oil is drinkable. A teaspoon to a tablespoon a day should be plenty. Don’t be afraid of cooking with olive oil, though.

Bananas get short shrift in many health circles. Maybe it’s because they’re fairly dense in carbs, which can be problematic for folks trying to lose weight. Maybe the 30-bananas-a-day crowd sullied their good name. But bananas aren’t just bananas, and they aren’t even always high-(digestible)carb. I consider them a spectrum of fruits. You’ve got the green banana, a crispy fruit full of fermentable fiber (a green banana can contain up to 25-30 grams of resistant starch) and very little digestible carbohydrate. You’ve got the ripe banana, a delicious source of carbohydrates for people who need them. They make great post-workout treats, for example. And then you’ve got the half-ripe banana, which has moderate amounts of both resistant starch and digestible carbohydrate.

Frozen, both green and ripe bananas are excellent in smoothies. A single green one will provide most of the resistant starch you need for the day. They turn to ripe bananas quickly, though, so eat or freeze them.

The existence of these hidden superfoods means you don’t have to spend outrageous sums on more conventional superfoods. You can eat normal meals with regular ingredients and derive many of the same benefits.