5 Things You Learn Being a Primal Lifer 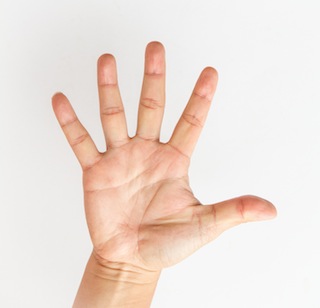 Being a Primal lifer is nice. You get to pat the heads and tousle the hair of precious newbies who just learned the words “lectin” and “phytate” and can’t stop talking about it. Navigating your local farmer’s market is a breeze, and you’re such a regular that you can show up half an hour past closing and still get the choicest produce. But there are other benefits, too. Bits of wisdom that you glean over time, and that can only come from years of adherence. Today, I’m going to discuss the five biggest ones.

Newbies: don’t expect to use these as a guide for your own immediate existence. These aren’t necessarily suggestions. Much of what long term Primal adherents learn about their bodies and their lifestyles requires that they put in the time to learn the things directly. You can read about it, but don’t be dismayed if you’re unable able to implement or integrate them immediately.

1. The occasional indulgence won’t kill you.

When you first start on the Primal lifestyle, you’re walking around on pastured eggshells. Every speck of food must pass the mental gluten filter before mouth admittance. You’re counting macros like crazy. You’re tracking nutrients. And you want to get it right, so right, that you maintain strict dietary purity. When out with friends wolfing down pizza and beer, you go for the salad and sparking water. This is pretty normal and, I think, useful. It allows you to establish a baseline. You learn about your body without the fog of unhealthy food obscuring your vision. You figure out what works for you.

Then you can play around. You can relax, and test your limits.

Because once you’ve established that excellent gut and metabolic health, and you’ve been topping up your nutrient stores with a diet based on healthy plants and animals for years, those occasional indulgences don’t really bother you.

It’s not just “physical” resistance. It’s also psychological. You realize that strict dietary purity is probably counterproductive, that acting like the modern food system doesn’t exist and agriculture never happened is a form of willful ignorance that ignores the reality of the situation: ice cream is real and tastes darn good sometimes. These brief cheats or indulgences just slide off your back because you’ve learned that freaking out over the quick serve meal you had to grab in a pinch because it was the only food for a hundred miles is more deleterious than the food itself.

2. But you no longer need that occasional indulgence.

It’s a funny cycle that develops over the years. You go from wanting the junk food but fearing its effect on your nascent Primal metabolism to being confident enough in your health and mental makeup to eat the junk food and enjoy it if you want it to not wanting it anymore because you truly enjoy and prefer real food.

This doesn’t mean you no longer “cheat”. You might still do it from time to time, and you generally bounce back just fine. But there’s a difference. You don’t feel deprived of pizza, or bread, or McDonald’s french fries. You sometimes want the junk. But you don’t need it.

The newly Primal are real gung-ho about lifting heavy things, sprinting once in awhile, and moving frequently at a slow pace. So much that they tend to overdo it. They lift really heavy things, sprint more than once in awhile, and move frequently at a breakneck pace. It goes hand in hand with eating: if vigorous administration of the Primal eating plan improves results, so too should doing more of the suggested Primal training. After all, the notion that more exercise is always better is one aspect of conventional wisdom that persists.

But then something changes. You realize you can’t keep getting stronger, faster, fitter in perpetuity. That there is an end to limitless growth. And if you can accept this rather than trigger an existential crisis, you’re suddenly free. You can be perfectly fit, strong, and fast with a moderate amount of exercise. Maintenance isn’t so bad, it turns out.

Not everyone does this. Some people have explicit and driven fitness goals that require a high volume of training. They want to deadlift 2.5x and squat 2x their bodyweight. They want to run a marathon—and excel. They are their CrossFit box’s best hope at qualifying for the CF Games. And some people just enjoy training.

But more often than not, I see the Primal lifers take a nice and easy approach to fitness. They’re relaxed about it. Miss a day? It’s fine! There’s always tomorrow. Don’t feel like hitting the gym? That’s okay. You took your dog for a walk, your kid to the park (where you played just as much as her), and you had a walking meeting at work. You’re good.

The long term Primal enthusiasts realize that, unless you’re competing, being paid, or truly love it, training is best appreciated as a means to an end. We train for health, to look good naked, and to maximize enjoyment and corporeal engagement with the world. We generally don’t train for ego hypertrophy.

4. Leading by example is more effective.

Early Primal evangelism consumes the first year or two. Right after the benefits start accumulating and health marker after health marker improve—once it becomes clear that this Primal stuff really works—you have to tell everyone. Coworker offhandedly mentions wanting to lose weight for bikini season? You throw together an 800 word email with a dozen links detailing why and how they should go Primal. Out to dinner? You smugly refuse the bread basket and wait for the questions so you can make your case. Having a totally unrelated conversation with a complete stranger? You somehow manage to bring it back around to why grains are unhealthy and fat is unfairly maligned.

We’ve all done it. We’ve all been there. And we’ve all been rebuffed, rejected, and ignored by the people we’re trying to help. Overeagerness is a turn-off. It smacks of madness. Zealotry’s a red flag for the type of sensible people ancestral health can attract.

After awhile, our losses mounting and successful conversion rate sitting below 5%, we take a different tack. Instead of haranguing our acquaintances, we let our results speak for themselves. This way interested parties approach us. If the guy in line behind us glances into our cart and goes “what’s with all the meat?” we might give a brief one-liner. When a Facebook friend wonders how we lost so much weight, we tell them. If that friend asks for help with his weight, we’ll drop the link to MDA. When we host a dinner party, we cook incredible Primal food without advertising it. But we’re not going after people or forcing the issue.

All that said, please do tell people about Mark’s Daily Apple!

5. Going Primal is just a template.

Most people’s early experiences with the Primal Blueprint look very similar. They avoid grains, legumes, seed oils, and sugar. They reduce carbs, since most of us are eating too many of them in the first place—especially if there’s weight to lose. They stop worrying so much about animal fat and, quite probably, begin eating more of it along with protein (which usually accompanies animal fat in naturally occurring foods). After getting the diet in order, they’ll modify their training. More weights, more walking, more sprints, less endurance or “cardio” type training. They’ll realize the importance of sleep and, if they really get into it, start taking the various other aspects of good sleep hygiene seriously (natural light during the day, low blue lights at night, orange goggles, etc).

Sometimes, these divergences don’t pan out. But eventually, they do. And that’s when the Primal lifer realizes that traditional Primal is just a starting point.

Many people start endurance running after shunning it in response to my general skeptical stance on chronic cardio because it works for them and they enjoy it. That’s awesome. It’s also Primal.

Some people end up eating more carbs and less fat than baseline Primal recommends, whether because they’re training hard and need the extra glucose or because their metabolism just functions better that way. Whatever the reason, if it works it works. They’re still eating Primal.

But you had to start somewhere. You had to stand on common ground and get your wits about you before finding your niche. I mean, you don’t have to— some people luck into the right path—but it’s the most reliable way to figure it out. And all the most successful long-term Primal adherents arrived at their unique brand of lifestyle design through trial, tribulation, and tinkering. There’s no shortcut for that.

Lifers: what have you learned from your years being Primal?