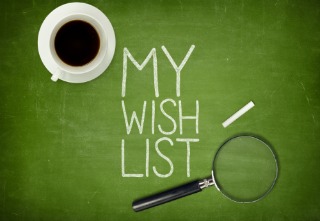 Imagine money is no object. Imagine you wield absolute control over the scientific community and can direct it to run whichever study you desire. If you can dream it up, they’ll get the subjects, produce the money, and make it happen. All you need to come up with is the overarching design. What would you choose? What do you wonder? What questions do you want answered once and for all?

Linoleic acid isn’t linoleic acid. In nuts and seeds, the fragile omega-6 fats have a home. They have cellular walls and antioxidant compounds protecting them from these oxidative stressors. In theory, eating nuts is far different than consuming an equivalent amount of omega-6 through seed oils.

In a seed oil, the omega-6 fats are adrift like storm-tossed sailors, subject to oxidative stressors like heat, light, and oxygen with little protection. To make matters worse, the refining process often strips them of what few endogenous antioxidant compounds remain. They tend to arrive in your kitchen already oxidized and rancid, and if they aren’t, cooking finishes the process. Consuming these oxidized fats makes your LDL particles more vulnerable to oxidation, and oxidized LDL particles are strong candidates for primary progenitors of heart disease.

What’s more, we’re eating (well, maybe not us so much as the average Westerner) more seed oils than ever before. In observational studies, the two sources are conflated. Omega-6 from nuts might be perfectly safe and healthy, and I suspect they are, but we just don’t know. A study pitting the two against each other over a period of 6-12 months would be among the most important for public health.

If you wanted to really isolate the effect of the fatty acids alone and eliminate the variables, you’d give the seed oil group a vitamin/mineral/micronutrient supplement replicating the nutrient content of the nuts. But I don’t think this is necessary, and it may even be counterproductive; people don’t eat seed oils with complicated nutrient complexes to replace the missing nutrients they’d otherwise get from nuts. They just eat crappy refined oils. The simpler study pitting nuts against oils would be more realistic and applicable to how people actually eat.

While staying strict when you first embark on the Keto Reset journey is highly recommended, if not downright mandatory, not everyone remains so. Hardcore keto eaters are often lifers, figuring if it worked better than anything else they’d tried early on, there’s no reason to think the benefits would slow or reverse. That may be true. But I like flexibility. I like being able to drift in and out of ketosis as needed. And from what I can tell, the beauty of going strict keto is that it unlocks and enhances your fat-burning machinery and ability to obtain energy from fat—so that you regain the metabolic flexibility to shift between sources of energy.

That’s the keto zone I often talk about—that range of macros where you have the necessary metabolic machinery to shift back and forth between ketosis and straight-up fat-burning based on the number of carbs you eat. A sweet potato doesn’t “knock you out” of ketosis for days; slipping back in just happens because you’re so accustomed to it.

I call it the keto zone because it’s exactly that: a range of carbohydrate intake that causes you to drift in and out of ketosis without even realizing it. For most, the keto zone might correlate to consuming between 20-120 grams of carbs per day. Less one day, more the next. More ketones today, fewer tomorrow. You’re constantly on the verge of either leaving or entering ketosis, and it’s okay.

Is strict keto superior to the keto zone, where you drift in and out of ketosis transiently? I have my biases, but this study would let us find out for sure.

Participants would all start on strict keto for two months, after which they’d split into two groups. One group would stay strict keto, the other would drift into the keto zone. This portion of the study would go for six months.

Except for how the meat is cooked, the diets are identical. The fatty acids are identical, so the differential effects of polyunsaturated vs saturated fat on meat carcinogenicity don’t enter. Each diet has adequate calcium, since low calcium appears to be a prerequisite for “meat-induced” colon cancer. The meat sources are identical; everything is grass-fed (or not). You compare a burger patty grilled over charcoal to a burger patty lightly simmered in some water. A pork chop over fire versus the same pork chop in the pressure cooker.

Track: Incidence of cancer (and related biomarkers), diabetes, heart disease, and everything else they say meat will inflict upon us.

Many zero-carbers are adamant that beef muscle meat is all one needs to thrive. They’ll eat steak and nothing else. Ground beef and nothing else. They’ll drink water and sometimes coffee. They’ll salt their food, but pepper is a stretch. Obviously, there’s something to this. Meat offers nutrients you simply can’t get anywhere else, and in the most bioavailable form around. Eating a bunch of it is probably better than eating none of it.

I suspect that a whole animal carnivore would be healthier, one who ate organs, bones, skin in addition to the muscle meat. This provides a wider range of nutrients, particularly by eating nature’s multivitamin (liver). It balances the methionine (from muscle meat) and glycine (from connective tissue), a ratio that plays a role in the lifespan according to animal models. It’s also more evolutionarily congruent than discarding everything but the muscle meat.

That said, we don’t know for sure. The anecdotes are persuasive. I’d argue that their results are preliminary, and we don’t know if the effects will persist 3, 4, 5 years out. This study would give us a good idea.

It would be cool to throw in another meat-based group who also ate leafy greens and other non-starchy vegetables.

Even skeptics admit that getting fat adapted can help endurance athletes excel at their sport, but what remains to be seen is if keto is good for athletes who perform above the anaerobic threshold. Traditionally, going anaerobic means burning glucose. If you don’t have glucose, either because you’re not eating it or your metabolism isn’t optimized for its utilization, your performance will suffer. That’s the story, at least. The data so far is spotty, mixed, and plagued by the fact that the perfect study hasn’t been done.

My intuition is that the keto team would do better than expected. Maybe not better than the other team, but better than the skeptics would assume, and perhaps equal. After all, fat-adaptation extends your anaerobic threshold. You can go longer and harder burning primarily fatty acids than a “normal” athlete. This should preserve glycogen for when you truly need it. And certain “intangibles” might be better in the keto team, like teamwork/cooperation/morale (from improved cognition) and injury rates (from lower inflammation).

A fun wrinkle would be to add a third team that does “keto zone.” They’d start with a strict keto adaptation period, after which they’d cycle carbs in for workouts and games. I suspect that team would be the most successful.

Those are the five studies I think would be the most illuminating. What about you? What would you like to investigate?

Let me know down below. Thanks for reading, everybody.