5 Non-Dietary Factors That Influence Your Microbiome 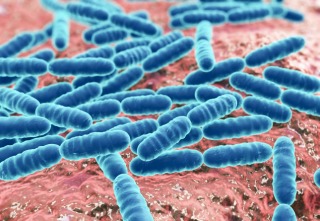 The microorganisms that reside in, on, and around our bodies influence almost every facet of our well-being. Part of maintaining microbiome health is maintaining homeostasis. Another is supporting diversity.

Our goal, then, is to improve our microbiological real estate in the many areas of the body that commensal and symbiotic bacterial like to put down roots—the gut, mouth, lungs, skin, reproductive organs, and so on. The average Primal enthusiast is well-versed with the role of food choices and smart supplementation (although research is always uncovering new wrinkles—more on this to come).

I thought I’d give a little attention to some of the other basic practices that can influence microbial diversity and homeostasis. There are more answers and nuances than I can cover today, but let’s start with some of the fundamentals.

Over the past decade, there’s been the odd study examining the link between exercise frequency, duration, and type and the microbial response to such in the body.

Studies in mice have shown considerable responses to exercise in the lab. A 2016 study placed mice on an “obesity-causing” diet and 6 weeks of high-intensity interval training (HIIT). The mice placed on the HIIT program had markedly increased microbial diversity within the distal gut, along with an increased Bacteroidetes/Firmicutes ratio. Perhaps even more importantly, the microbiome of the HIIT mice appeared to resist the typical adverse changes to the gut microbiota that occur with onset of obesity. In short, exercise stopped the poorer diet from degrading their gut microbiome.

An older 2013 paper showed that mice with free access to exercise experienced a significant increase in the number of Lactobacillus, Bifidobacterium and B. coccoides-E. rectale. Other studies have demonstrated the microbiological effects of exercise on diabetic mice and mice subjected to PCBs. But that’s just in mice.

As far as the human microbiome goes, there’s a lot more research needed regarding exercise. Much of what we have to go on ties back to experiments on the Irish international rugby team, 40 of whom were investigated in the days leading up to the last Rugby World Cup. Somehow, researchers managed to get their hands on 46 other healthy men of similar brutish size, analyzing both groups regarding their dietary and exercise habits.

They found that the rugby players all had significantly more diverse microbiomes than men in the comparison group, with notably higher proportions of Akkermansiaceae—a bacterial family commonly linked to lower rates of obesity and metabolic disorders. Interestingly, despite the rugby players having significantly higher levels of creatine kinase, an enzyme associated with muscle damage, they all had lower levels of inflammatory markers than the control group, along with a much better metabolic profile. Correlation or causation? It’s hard to tell.

The waters are muddied further when we examine the role of diet in hardcore athletes. The Irish rugby team unsurprisingly ate considerably more protein (22% versus 15-16% in the control group) but also ate a lot more fruit and vegetables and had fewer snacks than their non-athletic peers. A follow-up study last year reinforced these findings, but there’s a lot more to be revealed.

Was it the increased exercise (or type of exercise) that brought about the improved microbial diversity, or their improved diet? My thoughts are that it was both, but watch this space for more scientific discussion of the diet-exercise-microbiome paradigm.

Managing Your Stress (or Not)

Of course you knew that stress would play a part in the health of your microbiome, but it certainly helps to have some research to back up the assumption. Currently, there’s an abundance of animal lab testing and a notable shortage of human studies. (Probably mostly on account of people not being keen to have their feet zapped or injected with carcinogenic compounds.)

An impressive study from January last year, however, took things one step further and examined the stress-induced changes to the microbiome of North American red squirrels in the wild. Using faecal glucocorticoid metabolites, an accurate marker of stress, researchers were able to confirm that increased stress in wild squirrels significantly lowered microbiological diversity.

This negative response, they postulated, was caused by a stress-induced activation of the immune system, increasing cytokine circulation, which in turn has a strong antimicrobial effect. The result, unfortunately, is an increase in host vulnerability to pathogenic invasion. Good one, stress.

Back in the lab, stress-induced microbial alterations continue to be the center of study. A 2011 study exposed mice to a social stressor called social disruption, designed to prime the innate immune system and increase circulating cytokines—much the same as the high-strung wild squirrels. The findings were textbook: “stressor exposure significantly changed the community structure of the microbiota, particularly when the microbiota were assessed immediately after stressor exposure.”

As far as species composition goes, the stressed mice showed a decreased abundance of bacteria in the genus Bacteroides and an increase in Clostridium. In simple terms, commensal-type bacteria were suppressed by stress and pathogenic-type bacteria were promoted.

Another mice vs. stress study elicited much the same results, with restraint stress causing a decline in microbial species richness and an overgrowth of anaerobic bacteria. Researchers then tested whether this decline in microbial diversity had set the stressed mice up for increased risk of pathogen colonization by orally introducing the murine pathogen Citrobacter rodentium. Funnily enough, those mice subjected to stress were far more likely to come down with a bad case of the C. rodentium than their more chilled out peers.

Regardless of their often necessary role in your life, many medications can exert a considerable influence over the health and diversity of your microbiome.

A year earlier, researchers were examining the same relationship between proton pump inhibitors (PPIs) and the human microbiome. PPIs reduce the production of acid in the stomach in a bid to prevent formation of ulcers, and are among the top 10 most popular drugs in the world. Incidentally, they’ve also been associated with an increased risk of intestinal infection.

Using a cohort of 1815 individuals (211 of which were PPI users), researchers were able to demonstrate a significant decrease in microbial diversity in PPI users, along with changes in 20% of the bacterial taxa. Curiously, there was an increase in bacteria associated with the oral microbiome, and a big step up in potentially problematic bacteria like Enterococcus, Streptococcus, Staphylococcus and E. coli. Based on their findings, the study proponents didn’t have too much trouble explaining why PPI users were more prone to enteric infection.

The implications of these studies, and many more like them, reach far beyond mere infections and bacterial dysbiosis. When we consider that microbiomes like the gut play a critical role in the metabolism of most medications, the very way in which these drugs alter microbial compositions and lower diversity may reduce their efficacy or even render themselves toxic. It’s fair to say that plenty more work is needed on the interactions between medications and the microbiome.

I’ve actually already written about the considerable transfer of germs that takes place in just one bout of kissing, but science has since taken it one step further and suggested that our individual microbiomes may play an important role in that ever-elusive “chemistry” that draws people together.

How’s that? Well in this case, opposites very much attract. Studies show that we’re instinctually attracted to sexual partners whose microbiome is complementary to our own. And knowing what we know about the importance of microbial diversity, complementary means different. Thus, when two people with very different microbiomes engage in intimate relations, they diversify their respective microbiome.

This ties in to the concept that odor (a.k.a. pheromones) plays a role in sexual attraction, as our microbiome very much influences our smell. Neat, huh?

Getting down to business, there’s some serious microbiological changes taking place every time we have sex. A 2015 study published in Research in Microbiology found that there was a significant decrease in the abundance of Lactobacillus crispatus after sex, along with a certain bacterial homogeneity between seminal and vaginal samples.

The microbial picture isn’t just more is better. Another study of 52 women found that those who partook in unprotected sex had a temporary increase in bacterial species associated with bacterial vaginosis. Over time, it appeared that their vaginal microbiome retained a remarkably similar composition, but those temporary post-sex increases in G. vaginalis and L. iners have led some to believe that unprotected sex is “bad” for the health of the vaginal microbiome.

But the issue may be more novelty related. Each new partner means a new microbial influence—for both men and women. That likely involves a period of microbial imbalance. Aside from serious infection (e.g. STDs), adaptations to a partner’s profile over time, one would imagine, would confer the benefits of microbial diversity and allow a shift back toward relative homeostasis in most cases. It’s a complicated but fascinating topic—maybe worthy of its own post sometime.

Moving on to lighter matters, there’s plenty of research that points towards pets as a positive influence on our microbiome…particularly the furry kinds. A study published late last year investigated the effects of early-life exposure to household pets on 746 infants from 2009 to 2012. Along with participating mothers being asked to fill out questionnaires regarding their pet situation during and after pregnancy, infant gut microbiota was sampled at around 3 months of age.

Those infants that had been exposed to at least one furry pet (more than half the group) were found to be more than twice as likely to have a high abundance of Oscillospira and/or Ruminococcus bacterial species—regardless of whether they had received prenatal or postnatal exposure to fur-bearing pets. These species, incidentally, have been associated with a lower risk of childhood atopy and obesity. What’s more, pet-exposed vaginally-birthed infants with maternal intrapartum antibiotic prophylaxis exposure (say that ten times) had considerably lower abundances of Streptococcaceae than infants who hadn’t been exposed to furry pets.

These findings, and plenty more besides, tie in nicely with what we know about Strachan’s hygiene hypothesis, which implies that children growing up in overly hygienic environments are more likely to develop allergic disease. Interestingly, there appears to be a curious tendency for older siblings to dampen that microbial abundance effect. Equally of note, breastfeeding may work synergistically with that positive pet-effect.

For those of us not exposed to pets during our developmental years, I strongly suspect that there’s still hope for your microbiome. Exposing ourselves on a daily basis to potential sources of microorganisms, furry pets included, should help to encourage microbial diversity and help your body stay truly Primal.

That’s it for me, folks. The research keeps coming, so look for more on this topic soon. In the meantime, share your questions and thoughts on the topic below. Thanks for stopping by.

New and Noteworthy: What I Read This Week—Edition 191