Primal Starter: 5 Exercises To Do At Work Today 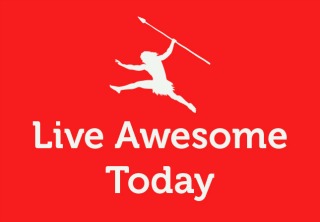 I’ve been in meetings with the woman who did lunges in the corner while the rest of us sat around a conference table. I’ve watched a guy lift a kettlebell he kept under his desk every time he took a phone call. There’s nothing wrong with any of that. But not everyone works in a space where that would realistically fly. That said, frequent movement is one of the best things you can do for yourself. It’s the base of the Primal Blueprint Fitness Pyramid for good reason. So, if you’re stuck in cubicle land all day or can only get away for a few minutes at a time, what are some more “covert” ways to fit in some movement in your work day?

The stairwell (if you have access to one) can become an office gym for simple walking or sprints, but add a little imagination for some extra benefit.

Try walking the stairs while carrying something heavy, like a box of printer paper. If your office has gone exclusively electronic, maybe it’s a box of tablets or something. Or a willing co-worker (or, for a tougher workout, a non-willing co-worker).

Switch it up: Skip a step or two as you climb, turning a simple loaded stair walk into a walking stair lunge. Change how you hold the object, too – overhead with two hands, overhead with one hand, in the front rack position, on either shoulder, out in front of you.

Plyometric exercises like box jumps are great, but jumping down from the box as many times as you jump onto it can do a number on your joints if you’re not careful. By using the stairs, you’re never jumping down. You’re always going up. That makes it harder (for your muscles, stamina, etc.) but easier (on your joints and connective tissues).

If you’re stuck at a desk for longer stretches of time, you still have options. Engage your glutes and raise yourself up in your chair by about an inch, so you’re just hovering over the chair in a squat position. Hold that squat for as long as you can. Passers-by will just assume you’re furrowing your brow because you’re working so hard. They’ll never suspect that you’re exercising.

Switch it up: Do it single-legged. Lightly, slowly, almost imperceptibly bounce up and down.

Even though it sounds like it wouldn’t work, voluntarily contracting your muscles as hard as you can and holding it can increase strength and size. In a 2013 study, researchers asked trainees to do the following training regimen: hold your elbow at a 90 degree angle and flex your biceps and triceps as hard as you can for four seconds followed by four seconds of rest; do this for 5 sets of 10 contractions, three days a week for 12 weeks. After 12 weeks, trainees had increased extension and flexion strength and added 4% to the size of their biceps and triceps. You don’t have to make this your sole workout routine, but it wouldn’t hurt to do a few contractions during downtime just to keep your muscles primed.

Switch it up: Try doing the same with your legs.

Yep: just stand up. Stand up from your chair and sit back down. Do it a couple more times. Do it again in two minutes. Stand up at least once a minute. There are many ways to do it. The important thing is that you work against gravity on a regular basis. It’s not hard, and you don’t have any real excuses not to. So stand up. Often. It’s probably more effective to do this throughout the day, rather than do a single set of 50 stand ups.

Switch it up: Stand up with one leg, sort of a mini one legged box squat.

This one is obviously an exercise that might elicit attention from those around you, but the results of a recent study were so compelling that I’d say it’s more than worth the gawking of coworkers. Researchers took two groups of office workers with frequent neck and shoulder pain and had one group do resistance band shoulder abductions (video here) for two minutes a day for 10 weeks. The control group merely got health advice for fifteen minutes a day over the same period. In the exercise group, complaints of neck and shoulder pain dropped by 40%, while strength increased by 6%. No such effects were seen in the control group.

Switch it up: No band? Do isometric abduction contractions against the desk using the same arm/shoulder position.