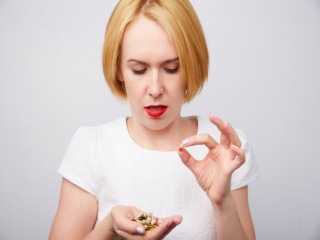 I’m not a drug denier. For the most part, at the base level, pharmaceuticals do what they’re supposed to do. Statins lower cholesterol. Beta-blockers lower blood pressure. Antibiotics kill bacteria. Whether those changes save lives or reverse disease is another question entirely. But we can all agree that pharmaceuticals deserve a place in modern medicine. And even if we don’t, they objectively have a place, and we must acknowledge reality.

We can also agree that many of the most common prescription drugs affect the way we absorb, metabolize, utilize, and excrete vitamins, minerals, and other important health co-factors. People taking them deserve nutritional counseling. This is my quick and dirty attempt to encourage that.

Please note that none of my advice is medical. I can’t speak to anyone’s personal circumstances and, therefore, can’t call this nutritional counseling or advice for your individual case. That said, research as always demonstrates patterns, and these aren’t always given their due in the course of prescription-writing or even follow-up exams. If you wish to discuss the following findings with the person prescribing you a drug, print out or email the references to which I link. Linking to the blog would be easier, but in my experience “this blog I read” is anathema to most MDs.

If you want to skim the nutrients affected, just look for the bolded lines.

When you block HMG-CoA reductase, you also block production or synthesis of several important nutrients:

CoQ10, which is important for cellular energy (ATP) production. Without CoQ10, our muscles and heart are really bad at contracting. CoQ10 deficiencies have been linked to heart failure and hypertension, and supplemental CoQ10 can counter statin-induced muscle wasting.

Squalene, which the liver produces en route to producing cholesterol. However, it’s not just a precursor. Squalene also has antioxidant effects and forms part of the lipid barrier along the skin protecting us from the environment.

And since we use cholesterol in the skin to produce vitamin D upon exposure to UV light, blocking HMG-CoA in a roundabout way blocks vitamin D production.

Testosterone is another innocent bystander. We need cholesterol to make testosterone. I bet a few egg yolks a day might improve a statin-user’s health.

I’ve written about hormonal birth control before, covering both the benefits and the health risks. One risk I didn’t mention last time was the threat of nutrient depletion. For decades, researchers have found correlations between BC usage and several key nutrient deficiencies. Whether each relationship is causative remains to be seen—BC usage may be higher in groups with lower nutrient intakes—but the consistency of the relationships and the fact that supplementing the nutrient often improves health suggests something is going on.

Which nutrients are we talking about?

Vitamin B6: Low-dose BC seems to negatively affect vitamin B6 status.

Vitamin B12: Two factors seem to decrease B12 absorption in BC users—greater degradation of B12 in the gut and lower B12 binding capacity.

Folate: BC use seems to increase folate excretion through the urine and impair folate metabolism in the body. Although eating enough folate should counter these issues, few people eat the requisite amount of greens and liver and other things to do it. Some contraceptives now come with folate included, and they seem to do the trick. Other researchers think low-dose BC doesn’t really affect folate status (or B12, for that matter).

Whether you’ve got peptic ulcers, acid reflux, or basic indigestion, your doc may prescribe a PPI. These do what they’re meant to—inhibit the function of the proton pumps that produce stomach acid. If you have “excess stomach acid,” shutting these pumps off can ease the burn. But we need adequate stomach acid to absorb the nutrients in our food.

PPI users are particularly at risk for impaired absorption of B12, iron, calcium, magnesium, and vitamin C. Long-term PPI usage is consistently associated with poorer bone health, thanks both to impaired bone-centric nutrient absorption and reduced proton pump activity in bone cells.

Another victim of PPIs are the gut bacteria. The stomach is acidic by design/selection; it’s a strong barrier to entry. By reducing stomach acidity, PPIs alter the pH of the gut and allow alkaline-preferring microbes to survive digestion and set up shop in the gut. PPI users are more likely to have bacterial overgrowth from these unwanted invaders in their guts.

Perhaps a good addition would be a high-quality yogurt, which provides probiotics and calcium and has been shown to improve bone health in PPI-taking rats.

Beta blockers are the elders of the antihypertensives. They reduce blood pressure by reducing the strength of your heartbeat, which sounds incredibly archaic. If that isn’t the prime example of treating the symptom with brute force, nothing is.

One way to reduce the strength of the heartbeat is to impair production of the nutrient responsible for energy production in the heart: CoQ10. Just like statins, beta blockers block CoQ10, only this time it’s the desired effect. Take CoQ10 to counter this.

Beta blockers also block melatonin secretion at night. And sure enough, sleep disturbances are a common side effect of beta blockers. In a cruel twist of fate, poor sleep can increase the risk of the condition beta blockers are treating: hypertension. Take 0.25-0.5 mg melatonin a half hour before your bedtime.

The glucose-reducing drug metformin isn’t just for diabetics these days. A number of otherwise healthy people take it to inhibit mTOR and hopefully extend lifespan. Type 2 diabetics (a population with lower overall mortality) who take metformin live longer than age-matched controls who don’t have diabetes, for example.

Metformin also protects against the conditions that kill people, like cancer. It lowers hyperinsulinemia and may protect against insulin-related cancers (breast, colon, etc).

But if you’re going to take metformin, you should also consider supplementing with vitamin B12. B12 deficiency is incredibly common in people taking metformin, and researchers are even suggesting that B12 monitoring become standard care for metformin patients.

A good general rule for folks on the standard Western cocktail of statins, antihypertensives, PPIs, and metformin with the occasional round of antibiotics?

A good B-complex, particularly B12 and folate.

Magnesium, 200-400 mg (or lots of leafy greens, some nuts and seeds, some blackstrap molasses, maybe even legumes).

A couple Brazil nuts for selenium.

Hell, that’s not a bad lineup for anyone. But do take these to heart. Even if you’re not taking any drugs, someone you know and love probably takes one or more daily and could really use a nudge in the right direction.

Chances are, this will be the first they hear of it.

That’s it for today, everyone. Now I’d like to hear from you. What other drugs interact with vitamins and minerals in our diets? Are there any other nutritional considerations people taking prescription drugs should heed?