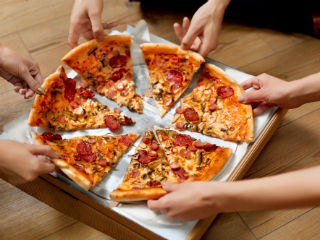 Jean-Paul Sartre in one of his famous plays said, “Hell is—other people.” I think most of us might sympathize with that claim depending on the day and the person we’re dealing with. On the flip side, people can be the source of our greatest joys. His sentiment, regardless, speaks to the strong impact others can have on us. Whether we like it or not, we all live (and need to live) in some relation to others. None of us exist in a vacuum, and research on extreme isolation suggests the real hell on earth might be exactly that. So make no mistake—how people make us feel is not just the stuff of poetry and philosophy. Other people can and do influence our immediate physiology as well as our ongoing health. What does this process look like though? How does it play out in our lives? Let’s examine a few examples.

Evolution shaped us to be intricately social creatures. From the time of infancy, we’re innately directed to be highly attuned to those around us—first to our mothers and/or primary caregivers and later to our peers and larger community. Complex neurological patterns guide our instinctual process of observation and emulation. Researchers have long studied “mirroring,” the subconscious mechanism that moves us to adopt the subtle behavioral signals of someone whom with we’re likely to establish rapport, trust and empathy—the cornerstones of human connection. Interdependence and the social tools to support it are written into our DNA.

But the effects go even deeper than observational behaviors.

Studies show that people’s brain waves begin to oscillate in the same rhythms during verbal exchanges they deem as positive. This goes for group settings and even with strangers.

Likewise, our heart rates synchronize with loved ones during personal exchanges or when we see them experiencing stress.

Communal rituals may hold the same sway. Participants in choir performance, for example, have been shown to synchronize heart variability.

So it shouldn’t surprise us to know that the company we keep has the power to influence our daily choices and, by extension, our overall well-being. This isn’t to let us off the hook. None of us is operating from a pure monkey see, monkey do mentality. But we can understand (and at times harness) the latent proclivity to go with the flow, whether its leading where we want to go or not.

Here are just a few ways the company we keep can affect our bodies and minds.

For better or worse, studies have shown that the kinds of folks you associate with can affect your waistline. A New England Journal of Medicine study found that having one friend who was obese raised the risk of obesity by 57% over the course of 30 years. Friends, the study showed, were more influential (even long-distance) than family members. This is enough to make anyone sit up and listen.

In fact, some research suggests that the social network model can be exploited to actually prevent or dial back the onset of obesity across groups. Offering weight management support for random members of a social cluster may have reverberating effects.

In other words, if one person (or several people) take charge of their body composition, the effects can effectively spread to other members of the social group.

Be the change, as they say, seems to apply here. Wearing a Grok shirt to family picnics or gifting a Primal book to your neighborhood’s Little Library may not hurt either. Share the message and connect with others who reflect the healthy “norm” you want to embody in your life. The effects can spread wider than you may know.

Some years ago there were headlines claiming that depression was contagious. As most sensationalist headlines do, it got big attention at the time, but it only told part of the story. Indeed, some research does indicate a social clustering of depressive symptoms, particularly among women. Oddly, the study above found that the onset of depression in a spouse didn’t impose the same heightened risk of depression in his/her partner to the same degree as having a friend with depression did. This contradicts other research that revealed 40% of those living with a diagnosed depressed person met clinical criteria for depression as well.

Other findings, however, demonstrated the flip side of this phenomenon, showing the “spread” of happiness. The closer you live to, and the more you interact with, happy people, the findings suggest, the more potent the effect. Having a sibling or friend who experienced happiness and lived within one mile raised the probability of being happy by 25%. Living with a spouse who was happy showed a similar effect. Other research on adolescents also affirmed the spread of happiness, showing that having happy friends raised the probability of recovery from depression.

What we can take from this? Above all, we can understand the need to actively and selectively attach and detach from others’ feelings. When the mood is high, and people around us are happy, we can let ourselves soak it in. When it’s low, offer empathy and support, but stay vigilant to maintain your own emotional independence.

When it comes to depression, given our human propensity to be influenced by others’ behaviors, we must take charge of our own feelings. Meditation techniques around detachment can help fortify our own emotional boundaries. Likewise, taking responsibility for our lives (being selfish) means ensuring we don’t become fixated on another’s situation. The more problems there are around us long-term, the bigger life we need to live.

One study of 3000 students from the U.S. Air Force Academy showed that a student was three times more likely to fail basic fitness requirements if more than half of his/her friends fell out of shape. (PDF)

On the other side of the coin, direct support from others can spur us to exercise more consistently and to make more of our workouts. A study of 1000 women commissioned by Virgin Active found that over 30% of respondents called their friends their “main motivation” for staying fit. Sixty-four percent of participants said they train harder with others than if they go it alone. The study found subjects worked out longer and went to the gym more often if they went with a friend. Other research found that people benefit from others’ fitness only when they perceive support for their own exercise efforts as well.

Here’s where community might just be essential. Even if you’re an introverted exerciser who’d rather hit the gym or the trail alone, you’ll benefit from a supportive set of friends. Accountability and encouragement might come over social media for some of us as well as it does in paired workouts for others. Choose the support you want for your fitness, and go get it.

Have you been seeing red lately? Maybe it’s the times, but this one’s been on my mind lately. Anger, as anyone can imagine, doesn’t do our health any favors, and research confirms that assumption. Just recalling an angering experience suppresses immunity for six hours.

Not surprisingly, the effects can be much more deleterious. Angry outbursts can triple your risk for stroke within the next two hours. And if anger is a chronic problem for you, research suggests you’ll earn yourself double the risk for cardiovascular disease.

What does anger have to do with other people? (I can hear the snickers through the screen.) There’s a post unto itself, but let me just highlight the impact of anger on social media. A team from Cornell University cycled through 70 million tweets, observing user interaction and assigning each tweet one of four emotional labels (sadness, joy, disgust and anger). Of all the emotions, anger, they found, was more contagious than any other response. Anger had the widest span as well, lasting through three degrees of separation.

What’s the take-home here? It may not be a bad season to cull your social media feeds or take an outright break if you find the collective fury is disturbing your peace. Keeping yourself on an even keel isn’t selfish. It constitutes good self-care—and just may be a wise act of public service that keeps immune systems and tickers strong.

Thanks for reading, everyone. I’d love to hear your thoughts on the influence of others on your daily health, well-being and peace of mind. Have a great end to the week.