My primal journey started one year ago and it has been an amazing transformation. I decide to write my story because others need to see what a primal lifestyle can do for them. I realized that the success stories on Mark’s Daily Apple have helped encourage and motivate me throughout my journey, so here is my opportunity to give back.

Just like so many others, my diet consisted of carbs (and more carbs), as early as I can remember. Growing up in a Caribbean household, we had lots of rice, flour, and bread in the house at all times. I was a big kid from the beginning, with a passion for playing sports. The neighborhood kids had a weekly tradition of football and basketball games that we enjoyed for hours at a time. Despite the high activity level, I had grown to 240 pounds by the time I was 14 and began to feel the real pressure of being an overweight kid. I lacked a lot of self-confidence and tried to stay away from the spotlight as much as I could.

My confidence during my high school years changed somewhat when I began playing football and started lifting weights on a regular basis. By the time I was a senior, I grew to 6’3” and 265 pounds of some muscle, but mostly fat. I was a good athlete, so I continued my football playing days for four more years in college and managed to maintain my weight and physical activity. But throughout those years I was always concerned about my weight and self-image. 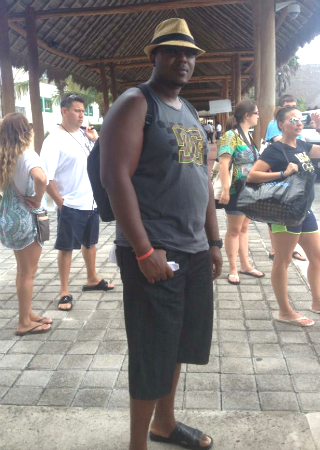 Fast forward to about two years after graduating college and my weight began to really spiral up. I no longer had structured physical activity through football and reality of working a 9 to 5 took its toll. So as a former athlete, my first line of defense was to lift and run my weight off, and it would work temporarily, but then the weight would come back on.

Throughout the next ten years, I tried and failed every possible weight loss gimmick or diet you could think of—from magic pills and super juice, to even the dreaded calorie restriction/counting systems. To my credit, I never stop believing I could change and that there was a real solution out there. So eventually I stumbled on to The Primal Blueprint after a coworker (quick plug for Mr. Beers!) recommended I read the book Why We Get Fat by Gary Taubes, and suggested I go to Mark’s Daily Apple to get real solutions for my weight problems.

So the first thing I did was start The Primal Blueprint 21-Day Challenge, in hopes of creating a healthy habit I could sustain. I emptied out the pantry and purged all other non-primal foods from the kitchen. Next, I printed the shopping list and attempted to purchase as close to the recommended foods as I could from my local grocery stores.

The first week was hard for me because I had relied so much on quick-carb foods like oatmeal, sandwiches, and sugary snacks to satisfy my on-the-go eating habits. My wife also struggled with what to make on a daily basis, since all she knew was the carb-loaded meals that included pasta, rice, and starchy tubers. We both suffered from sugar withdrawals during that first week, as well as headaches and feeling sluggish. The next couple of weeks got better as we began to utilize the recipe section of Mark’s Daily Apple and figured out which food combinations worked best for our tastes buds. We began using cauliflower and squash, and mixing up the meats we eat with various vegetables. We found a new love for leafy greens and different fish types. It was almost like discovering newly found foods types that we had never heard of.

During the first 21 days I lost 15 pounds and was hooked on the process. Every month for the next 11 months, I averaged four to eight pounds lost per month. The second phase of my primal journey was to changing my cardio base exercising, and two hour long weightlifting sessions, to slow pace walking and short heavy lifting sessions. I worked out all at home with a few weights and resistance bands. I also did sprints once every seven to ten days. One additional aspect that I adopted was intermittent fasting, which really made a difference in maintaining my weight and energy level. 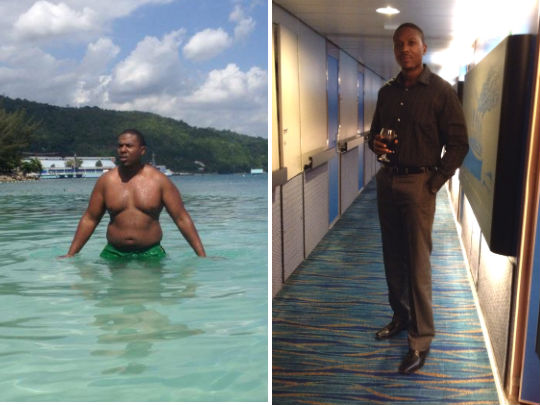 One year later my life and my perspective have completely changed for the better. I started the primal lifestyle on 11/1/2014 and in one year lost 70 pounds. When I began I was 288 pounds and now I am 218 pounds of primal happiness. It started for me with small steps that Mark laid out in The Primal Blueprint and then I personalized it based on the knowledge I gained. 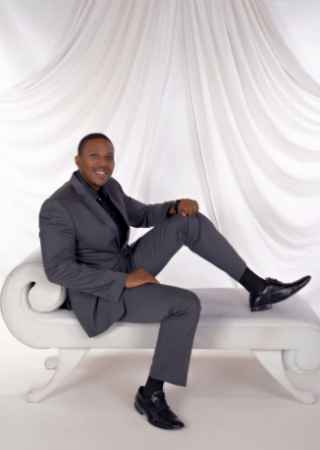 The biggest step was getting my wife (AKA the Love of my Life) on board so we could do this together. **Word of Advice — Your significant other can really help or hurt your journey.** And as a result she has lost 30 pounds in the past year as well. We are now enjoying real food and trying new recipes together, which has strengthened our bond. We are also working-out and taking long walks together. Sometimes we reflect on how easily it seems now to maintain this new lifestyle. The best part of this is that you don’t have to be perfect every time. I have strayed some weeks where I was maybe 50% primal, but then I would jump right back into it. My wife has been about 80% primal the entire time and has maintained her weight. The empowerment of knowing what to eat and do to keep the weight off has been liberating. Losing this much weight has been physically altering but the new found self-image and belief in myself has been the real reward.

Thank you Mark for what you’ve done for me and so many other people around the world.