2016 in Review: The Top 14 Developments in Ancestral Health 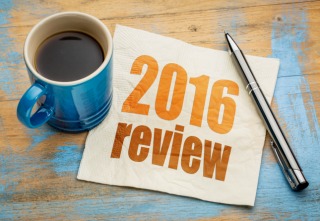 2016 is just about over. I’m not a big party animal, as you probably know. Instead of bashes and balls, what I look forward to most of all at the end of a year is the quiet reflection on what impacted me most. Which science developments, business achievements, and thought evolutions characterized my 2016 more than the rest?

Put another way, what were the most exciting developments of 2016 in the ancestral health world?

Let’s take a look (in no particular order):

1. Legumes went back on the menu, if you like them.

It’s become quite clear that legumes do not belong in the same category as grains, which is where they languished for over a decade. Legumes are rich in prebiotic fiber, provide many vitamins and minerals, and seem to improve glucose control, not worsen it.

You don’t know how many emails I got asking for a Primal-friendly ranch. Recipes have always been there, but a surprising number of ingredients go into ranch. Few people keep everything on hand required to make it right.

So I made one. It took months of development, but I made one.
Skeptical husbands, picky kids, vegetable haters will all lie prostrate before PRIMAL KITCHEN™ Ranch, see—nay, know—the error of their ways, and be welcomed into the fold.

In 2015, science and nutrition journalist Nina Teicholz penned an editorial in the British Medical Journal criticizing the failure of the USDA’s diet guidelines to “reflect much relevant scientific literature.” Establishment critics and academics went berserk, even going so far as to demand the BMJ retract her editorial.

Last week, after over a year of battles, independent reviewers finally gave Teicholz the win. The critics lost. Her editorial stands.

4. We settled the “meat problem,” if only until the next study comes out.

More than any other dietary component, meat has been the most consistently controversial. It clearly played an integral role in human evolution, particularly of our energy-hungry brain. It’s delicious, contains vital nutrients, provides the densest collection of essential amino acids, and yet hundreds of millions of people are convinced it will give you cancer, diabetes, and heart disease. How do we square these seemingly opposing factions? How much meat should we be eating? And how should we optimize our meat-eating?

5. The birth of Primal Health Coaching.

The PB Expert Certification was cool, but it wasn’t enough. Teaching is different than knowing. The latter is necessary but not sufficient to accomplish the former.

In June, I introduced the Primal Health Coach Program: an enhanced education course that teaches you the science behind the Primal Blueprint and gives you tools, tips, and tactics for disseminating that information to clients and for running a successful business.

The story of non-celiac gluten sensitivity has featured more twists and turns than your average long-running will-they, won’t-they relationship storyline of a late 90s sitcom. Skeptics claimed it was all just a collective delusion, and several studies seemed to suggest it might be psychological rather than physiological. Then in July, 2016, a new study confirmed what many people already knew to be true: gluten sensitivity is real, and those suffering from it have leaky guts and elevated systemic inflammation.

HDL is “good” cholesterol, yet research shows that elevating it to extremely high levels results in greater cardiovascular disease. Instead of HDL actively “scavenging” damaged lipids, higher HDL levels may simply be a byproduct of healthy lifestyle practices, like eating more fat, exercising, and generally leading an anti-inflammatory way of life.

On this blog, we’ve always looked at human ancestry from 30,000 feet. We are all humans with the same basic machinery. We all digest fats, proteins, and carbohydrates. We all secrete insulin (to varying degrees), require oxygen, and drink water. That’s all true, but recent research into human genetics shows that recent ancestry can determine how we metabolize nutrients.

Whether it’s fatty acid metabolism in the Inuit, the “thrifty gene” in Samoans, or vitamin D requirements, we’re beginning to understand and integrate the lessons of our recent ethnic ancestry.

10. Exercise is important for weight loss.

For years, I’ve said that weight loss is 90% diet. It’s true that how much and what you eat are the most important factors when losing weight, but exercise helps determine what kind of weight you lose. We’re not trying to lose muscle and bone. We want to lose fat while preserving muscle. If the net weight declines, so be it. But fat loss is the ultimate goal.

It empties out glycogen, giving us a place to store incoming glucose.

This isn’t a “new” development, of course, but its acknowledgment throughout the ancestral health community has certainly expanded. Back in May, I gave my 12 essential tips for Primal women, laying out the areas where men’s and women’s needs diverge a bit. There are plenty of others, too.

Stay tuned for more MDA articles geared toward women in the near future.

I wrote about the implications of CRISPR, the gene-editing tool that researchers use to study genetics (and transhumanists hope to use to create super-humans). Now they’re even using it to target RNA in live cells, which could be huge for diseases like muscular dystrophy and neurodegeneration.

13. Evolutionary biology may be getting an overhaul.

Earlier this year, evolutionary biologists descended upon London’s Royal Society to debate whether evolutionary biology needed reworking. Was the standard Modern Synthesis theory complete, with its focus on natural selection as the primary driver of evolution, or should it expand to include other mechanisms and inputs like plasticity, creativity, culture, and epigenetics?

This year, scientists strapped sensors onto Hadza hunter-gatherers and tracked them throughout their daily routines. Young, old, man, woman—it didn’t matter. Everyone studied engaged in at least 2 hours of moderate physical activity per day on average. Furthermore, even the eldest among them remained fit and healthy on into their 70s.

Sedentary living is often portrayed as a necessary consequence of success. When we no longer have to physically work for our livelihood, we move as little as possible. But the Hadza research shows that movement is in our DNA, and that we must resist the temptation to be still.

That’s it for me, folks. What were your biggest takeaways from 2016? What are you looking forward to most in 2017?

Thanks for reading, everyone. Take care and have a fantastic rest of the year!