Is All Butter Created Equal?
By Mark Sisson
193 Comments

The embrace (some might say exaltation) of butter is, in some respects, what sets the Primal eating plan apart from strict paleo. It is essentially pure animal fat with only minor traces of dairy proteins and sugars remaining, and for that reason I consider it a worthwhile staple. But, to answer the question posed in the title, not all butter is created equal. Most of us are in agreement that the nutritional content of the animal’s flesh depends on the content of its diet, and the same goes for butter.

We’ve covered similar ground with other foods – olive oil, cheese, chocolate, to name a few – but butter’s special. A quick glance around the forum and other online paleo/Primal/real food communities reveals that people are mad for butter. Perhaps it’s because we’re subject to a steady barrage of anti-butter propaganda from day one on this earth; perhaps it’s due to the fact that the stuff tastes like heaven and goes with nearly everything. Whatever the reason, butter knowledge is important.

The hangover is an interesting beast. Like Bigfoot, Sasquatch, and any other huge, hirsute crypto-hominid, nearly every culture and every nation has an extensive literature (whether it’s entombed in writing or not) on the subject of hangovers. After all, alcohol is the universal intoxicant, and hangovers are the inevitable consequence of overindulgence.

Mike, a reader, recently wrote to me with the tale of the missing hangover:

You don’t have to take my word from it. From the New York Times:

“Vitamin D  promises to be the most talked-about and written-about supplement of the decade. While studies continue to refine optimal blood levels and recommended dietary amounts, the fact remains that a huge part of the population — from robust newborns to the frail elderly, and many others in between — are deficient in this essential nutrient.”

“Most people in the modern world have lifestyles that prevent them from acquiring the levels of vitamin D that evolution intended us to have. The sun’s ultraviolet-B rays absorbed through the skin are the body’s main source of this nutrient. Early humans evolved near the equator, where sun exposure is intense year round, and minimally clothed people spent most of the day outdoors.”

“As a species, we do not get as much sun exposure as we used to, and dietary sources of vitamin D are minimal…”

Read the entire NYT vitamin D article. Then go get some sun. 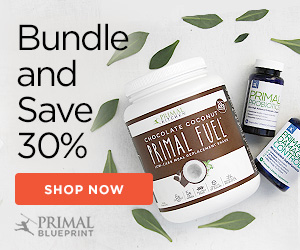 9 Signs You Aren’t Digesting Fats and What To Do About...