16 Ways to Increase Neuroplasticity (and Why That’s Important) 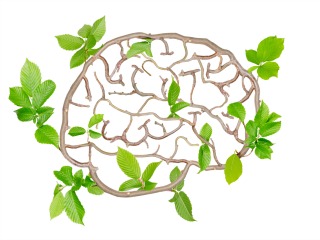 For hundreds of years, the localizationism theory of the brain reigned: the idea that the adult brain is composed of distinct regions, each responsible for a separate function. Most people still hew to this, assuming that vision goes here, memories there (with separate sections for short and long term memories), smell here, verbal fluency over here and quantitative processing over there. We assume the number of neurons is fixed and their wiring soldered.

But the emerging science of neuroplasticity shows how wrong this is: rather than fixed and immutable, the neural connections between different “regions” of the brain can reorganize themselves. This is why someone with brain damage to one part of the brain can often recover—neuroplasticity allows a healthy section to assume the role of the damaged section. It’s also how we learn, form memories, and develop new skills.

Neuroplasticity can refer to the strengthening (or lessening) of existing neuronal pathways (synaptic plasticity), or the establishment of entirely new neurons and connections (structural plasticity).

Cool. So neuroplasticity exists. What’s it good for, and why should we care about preserving or enhancing it?

Ultimately, neuroplasticity allows us to adapt, to respond, to evolve in real time to a changing environment. Want to get rid of bad habits and establish good ones? Want to acquire a new skill? Want to remain cognitively fluid and mentally limber as you age?

One way is to provide the basic substrates required for maintenance of neuroplasticity. Lacking them will definitely impair our ability to grow new neurons, establish new connections, and strengthen existing ones.

Another major mediator of plasticity is brain derived neurotrophic factor, or BDNF, which regulates axonal growth and remodeling, as well as synapse formation and function. Axons are the (relatively) long, slender structures linking two neurons together; synapses are the junctions where axons connect to neurons. BDNF is remarkably “activity-dependent,” meaning we can affect its expression by performing certain behaviors.

You know how any article about magnesium begins with something about how it’s “involved in over 400 physiological functions”? Neuroplasticity is one of them. Giving rats magnesium threonate increased synaptic plasticity and the number of synaptic connections, and it improved cognitive performance on tests of spatial and associative memory. Magnesium also increases plasticity in the visual cortex of mice.

Human studies are scant, but we do know that Alzheimer’s patients have lower brain levels of magnesium, which jibes with the animal research.

Get enough choline (and maybe supplement with specific forms).

We use choline to produce acetylcholine, a neurotransmitter required for neuronal plasticity. Two forms of choline in particular—CDP choline and Alpha-GPC—have been shown to increase brain plasticity following stroke.

Don’t sell pastured egg yolks short though. While they may not contain as much concentrated choline as the supplements, they are the richest natural source and contain many other brain-friendly nutrients (selenium, cholesterol, DHA).

Sleep might be the most essential nutrient for neuroplasticity. The sleep deprived brain is hyperconnected. It’s muddled with connections, dense with nervous information. Sleep restores that. Sleep provides a soft wipe of the brain, giving you the opening necessary to lay down new connections, form new memories, and learn new skills.

Animal studies reveal that omega-3 fats enhance neurogenesis in the hippocampus, synaptic plasticity, and long-term potentiation of learned behaviors. As for humans, seafood intake is consistently linked to lower rates of two of the conditions that brain plasticity protects against—depression/suicidal ideation and mild cognitive impairment.

Eat turmeric (or use curcumin).

Move frequently at a slow pace.

Compared to strength training, aerobic training is a far more potent booster of BDNF. A rat study even showed how running can inhibit the depression of neuroplasticity that usually occurs after a stroke.

That’s not to suggest resistance training is useless for cognitive function. In fact, a recent paper found that strength gains, but not aerobic gains, in response to training were associated with cognitive improvements in mild cognitive impairment.

Sprinting is an even better way to boost BDNF. Sprinters have high basal levels of BDNF, with elite international sprinters having higher levels than amateurs.

Intensity seems to be the key mediator of exercise-induced BDNF increases.

I’d imagine anything of sufficient intensity will do the trick: a CrossFit WOD, a 20 rep set of squats, playing Ultimate frisbee, a few barbell complexes, several sets of burpees, or anything from this post.

I don’t mean “go quickly.” I mean go without food for 12-24 hours, AKA intermittent fast. Fasting is a sure-fire way to increase BDNF levels.

Stress dampens neuroplasticity in the hippocampus and prefrontal cortex while increasing it in the amygdala (our “lizard brain” associated with fear, anger, anxiety, and other autonomic emotional responses).

Stress will happen. What matters is our response to it and whether we mitigate its damage.

Most of this is laying the foundation for healthy brain function with the necessary nutrients, training inputs, sleep, and lifestyle factors—so you can take advantage of the brain’s natural plasticity.

But you still need to take action, try new things, and exercise that plasticity. What are some ideas?

Choose an exercise, like the pullup. Pretty much whenever you get a chance to do the movement, you do it. You might do five or six pullups every time you see the pullup bar, ten times a day perhaps (or more!). So by the end of the day you’ve done fifty to sixty pullups without having to grind any of the reps out. Each rep is crisp and clean, and you never go to failure.

You’re building new neuronal pathways for that movement when you perform it frequently without excess strain and stress.

Following the same routine everyday reduces the metabolic costs of experiencing and perceiving it. This is good for base survival, but it also means our brains aren’t working very hard. If you seek novelty—take a different path to work, try something new and maybe scary, visit a different part of town, try a new restaurant—you’ll be less efficient, but your brain will establish new pathways.

Humans are already novelty seekers, and for good reason: it’s how we learn, experience, and ultimately live most fully in the moment.

Do a deep dive into a subject that interests you. Read a book, take an online course, attend a class, go to a seminar, learn to code. Make sure it takes actual effort, but don’t let difficulty be the sole criterion. Engagement is just as important.

There’s no better way to test and train your neuroplasticity than learning an entirely new form of communication.

Research shows that psilocybin’s enhancement of neuroplasticity explains why it reduces depression and extinguishes conditioned fear. It also reduces reactivity (negative plasticity) in the amygdala and improves well being (positive plasticity).

It’s still illegal, but probably not for long. If you get the chance to try psilocybin or magic mushrooms, do so with an experienced guide or clinician.

Since neuroplasticity allows us to engage with, learn from, and experience the world around us, there are hundreds, maybe thousands of ways for us to activate it. I’ve missed most of them, but I know you guys have some suggestions.

So let’s hear ’em. How do you train your brain? What’s your favorite way to increase neuroplasticity?