15 Reasons Not to Trust That Latest Nutritional Study 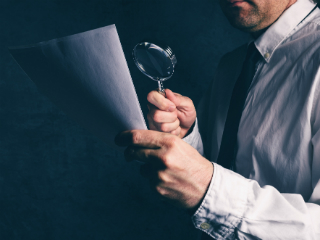 Nutritional studies are often the best we’ve got. Without them, we’d be plucking anecdotes from a swirling vortex of hearsay, old wives’ tales, and prejudices. Some actionable information would definitely emerge, but we wouldn’t have the broader vision and clarity of thinking offered by the scientific method. Most of them are deeply flawed, though. And to know which ones are worth incorporating into your vision of reality and which only obfuscate and further muddy the waters, you have to know what to watch out for.

Today, I’m going to discuss many of the reasons you shouldn’t trust the latest nutritional study without looking past the headlines.

Last year, Marion Nestle looked at 152 industry-funded nutrition studies. Out of 152, 140 had favorable results for the company who funded it. An earlier analysis of milk, soda, and fruit juice nutrition studies found that those sponsored by milk, soda, and juice companies were far more likely to report favorable results than independent studies. The same things happens in cardiovascular disease trials and orthopedics trials.

People become wedded to their theories. Imagine spending 30 years conducting research to support your idea that saturated fat causes heart disease. How hard will you hold on to that hypothesis? How devastating would opposing evidence be to your sense of self-worth? Your research is your identity. It’s what you do. It’s how you respond when chit chatting at cocktail parties. You’re the “saturated fat” guy. Everything’s riding on it being true.

Scientists are used to being the smartest person in their respective rooms. It’s not easy to relinquish that or admit mistakes. Heck, that goes for everyone in the world. Scientists are not immune.

In day-to-day life, correlative events imply causation. You cut someone off, they honk at you. A man holds a door open, you thank him. You flip a light switch, the light turns on. We’re used to causation explaining correlations. So when two variables are presented together in a nutritional study, especially when it seems plausible (meat causes colon cancer) or reaffirms popular advice (saturated fat causes heart disease), we’re likely to assume the relationship is causal. Correlations provoke interesting hypotheses and tests of those hypotheses, but they’re very often spurious. Everything we eat is associated with cancer if we look hard enough. Does that actually tell us anything useful?

The presence of a control group doesn’t make it a good study. The control group has to be a real control. Take this paper from last year claiming that oatmeal for breakfast promotes satiety. Sure, when you’re comparing oatmeal to a cornflake breakfast. It doesn’t take much to beat the satiating (non)effects of cornflakes. How would oatmeal compare to bacon and eggs, or a big ass salad, or sweet potato hash? This study doesn’t tell you that.

Small sample size studies shouldn’t be ignored. They can lead to interesting questions and hypotheses that larger studies can tackle. But they shouldn’t sway public policy, scientific consensus, or your decision about what to eat and how to live.

Make sure you know who participated in the study. If you’re a Latino male of 20 years, the study on low-carb diets in post-menopausal black women may not apply to you.

FFQs require people to recall their typical diet over the last year. That’s hard. Here’s a sample FFQ (PDF); see how you do trying to recall the foods you ate over the last 12 months. Suffice it to say, they aren’t very reliable. People lie. People forget. People tell you what they think you want to hear, downplaying the unhealthy stuff and overstating the healthy stuff. FFQs are probably the best option available for assessing, but they aren’t good enough.

Michael Eades calls it the “adherer effect.” I’ve called it the “healthy user effect.” Whatever phrase you prefer, this describes the fact that there’s “something intrinsic to people who religiously take their medicine that makes them live longer,” even if that medicine is a completely inert placebo. Perhaps they’re also more likely to heed other medical advice, like exercising regularly, getting checkups, eating healthy foods, and other behaviors that improve health which could explain some of the beneficial effects. But it’s a real thing, and it has a real effect on the results of nutritional studies.

So anything that increases the risk of colon cancer starts from that otherwise meager degree of absolute risk.

13. Most research is wrong.

In 2005, John Ioannidis published a paper called “Why most published research findings are false,” citing conflicts of interest, small sample sizes, insignificant clinical effects, and failures to replicate—in other words, most of the stuff mentioned in today’s post. It eventually became the most widely cited paper ever published in PLoS Medicine, and it’s still true today. Keep it in mind.

You’re more likely to have your paper published if it presents a new, exciting finding with a strong result. If two researchers run similar studies and only one gets a positive result, a journal will usually publish the “successful” study and ignore the other one. For their part, researchers are more likely to submit “successful” papers to journals. The end result is a lack of negative results, even though they’re informative and vital for accurate science to prevail.

“Blueberries improve memory.” In who? People with dementia, people who are at high risk for it? Can kids improve school performance by eating blueberries? What about college students? What if the college students are female—does that change anything?

“Nuts reduce mortality risk by 40%.” How long do you have to eat the nuts? Does the type of nut matter? Does your age affect the protective effects of nuts?

There’s too much we don’t know. There are too many variables we can’t control.

This isn’t to suggest that nutritional studies are useless. I cite and refer to them all the time. They’re often the best, most objective angle on the situation available. Like democracy, it’s the worst except for all the others. But we have to recognize and consider their limitations. Hopefully after today’s post, you’ll know what to look for.

That’s it for today, folks. Let’s hear from you. What do you think? How do you analyze a nutritional study? What do you look out for?