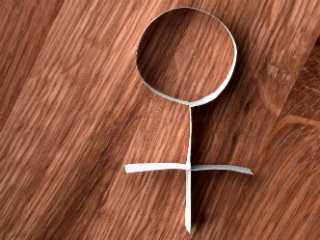 Look: I’m a man. I’ve lived a different experience than the average woman, with totally different equipment and different concentrations of hormones coursing through my body. But I have a daughter and a wife and a good head on my shoulders that’s spent the last 30 years thinking about health, nutrition, and fitness for humans, so I have a few things to offer.

So let’s get right down to today’s post. What follows are 12 tips for Primal women. Or any woman, really.

(Men, too: if some of the things mentioned in today’s post aren’t working for you, and the tips seem to apply, go for it!)

1. You don’t have to fast (and maybe shouldn’t)

Amidst the growing acceptance of intermittent fasting as a legitimate tool for healthy aging and weight loss emerges the realization that men and women may respond to it differently. Whereas in men the response to fasting is usually positive, it’s more mixed in women. For instance:

One study found that while IF improved insulin sensitivity in male subjects, female subjects saw no such improvement and actually experienced worse glucose tolerance.

And most recently, researchers found that women respond negatively to an energy deficit induced by fasting but positively to one induced by exercise.

Women can fast, but the conditions for success are narrower. If you want to try fasting, you may have success with shorter fasting periods (skip a meal instead of two), less frequent fasting (once a week or every two weeks).

Everyone needs to lift, but no one needs to lift more than women who’ve spent their whole lives avoiding it after hearing that lifting will make them “bulky.” Chances are, they haven’t lifted. Chances are even if they’ve managed to get into the gym with the intent of lifting, little niggling doubts remain and increase the chance they’ll veer away from the weight room toward the spin class. Or they actually lift but stick to baby weights rather than barbells. Lifting won’t make you bulky (unless you’re taking exogenous substances that render your hormonal profile more similar to a man’s). Lifting will:

There’s no reason not to lift.

3. Your “ideal” body fat percentage is higher than you think

Women carry more fat on average than men. They just do. And when you look at a healthy woman’s body, her true body fat percentage is likely higher than you think. For a man, 12-15% body fat is healthy, while for women the healthiest (in general; everything is relative and there are always exceptions) body fat level is 18-25%.

So when you get your body fat tested and it’s 25% or even higher, don’t freak out. You carry weight differently than men. What’s high for a man may be completely normal for you. A woman can look about as lean as a guy but have far more body fat as a percentage of overall weight. This can cause anxiety—those cover models look like they’re 12% body fat but are actually closer to 20%—but it shouldn’t.

For many women it’s completely natural to have a higher body fat level and accumulate more fat in the gluteofemoral region–the hips, butt, and thighs–because that’s where women store DHA for future baby brain construction. That’s probably why gluteofemoral fat is notoriously stubborn and hard to burn – because it’s a reliable, secure way to store an important nutrient (DHA) that’s often scarce during pregnancy. In fact, having that kind of fat is actually a sign of good metabolic health.

Embrace your lower body fat, since it correlates strongly with health.

It’s not just an illusion that many men seem to be able to eat whatever they want without gaining an ounce. Men are generally larger, with more muscle mass. Just to stay at their normal weight they require more calories. They can get away with more calories. But since women are smaller in general (fair warning: I’m going to be doing a lot of generalizing because it produces actionable advice for the most people), they can’t. But that food is so good and your husband is enjoying so much more of it. Unfair? Sure. So be sure to pop him one next time he’s not looking in retribution (not really though).

Being Primal usually takes care of the “inadvertent calorie reduction” thing pretty well, but not always. Be aware that you don’t need to keep up with your husband/boyfriend/guy friends/etc at dinner. And make sure you’re eating nutrient dense foods. Since you have fewer calories to “work with,” you need to make the most of the ones you eat.

When women combine heavy, intense training with undereating, they may develop the “female athlete triad“: disordered eating, osteoporosis, amenorrhea. If all that sounds extreme, it is but it isn’t; the triad is shockingly common among adolescent and young adult female athletes.

Don’t train too hard. Don’t eat too little. Avoid doing both concurrently, or else your bone, reproductive, and psychological health can suffer.

I know, I know. There’s all this seemingly conflicting information being strewn about. Don’t eat too much. Don’t eat too little! Don’t exercise too much! That’s just the reality, though: in general, women can’t get away with as many metabolic perturbations as men. Whereas men can skip a day or two’s meals and actually come out leaner, healthier, and happier, women often respond negatively to the same stimulus. Men can train really hard and it takes a while for the negative effects to accumulate (remember, I did it for decades before enough was enough); women usually can’t. And men can usually get away with more restrictive diets, like eating very-low carb or super low-calorie for extended periods. In my experience, women usually can’t.

So be aware of all that. Eat the food. When losing weight, which really means “losing fat,” sometimes you need to eat a little more than you think.

8. Get your calcium (and the nutrients necessary to absorb and utilize it)

Across their lives, women have a higher risk of osteoporosis than men. There are a lot of reasons why this discrepancy may exist, but a major one is inadequate calcium intake. Women need more calcium than men.

If you tolerate it, full-fat dairy is a fantastic source of calcium. Highly bioavailable and comes packaged with lots of other nutrients that help it absorb properly.

Leafy greens are pretty good sources of calcium, but I wouldn’t rely on them for the entirety of your calcium intake.

Bone-in small fish, like canned sardines, give tons of calcium. And like the dairy, canned fish comes with many other important nutrients.

The Primal Blueprint recommends quite a varied range of carbohydrate intake. While detractors like to focus on the “low-carb” part of things, I’ve always said that eating around 150 grams of carbs per day is perfectly sustainable, healthy, and sufficiently low-carb. And a sizable portion of my female readers, friends, and clients all seem to do better toward the upper end of that range, in the 100-150 grams per day tier. Many do great on lower amounts, too.

Just don’t think you have to go ketogenic, or avoid berries, or count the carbs in spinach.

Much of the research has been in animals, but the bulk of it suggests that females are more susceptible to the negative effects of stress than men. In female mice, chronic stress has a greater chance to cause depression. Girls appear to be more sensitive to the negative psychological effects of child abuse. Overall, females have a greater potential for dysregulated “stress reactivity” in response to stressors and show higher rates of stress-related disorders.

A recent study found that inadequate sleep was more likely to cause “psychological distress and greater feelings of hostility, depression, and anger” in women than men.

Once again, it’s not fair. It can’t be ignored, though.

12. Watch your iron intake after menopause

For most of your life, you’ve got a built-in iron regulator: your period. Every month, you lose a little iron. You may have even needed to focus on getting more iron to account for the iron lost through menstruation. And through certain phases of life, like pregnancy, your iron needs are higher.

But after you stop getting your period, you’re no longer losing iron. You’re accumulating it, just like men do. And while it may be a confluence of factors, increased iron may be partially responsible for the overall increase in health problems that typically ensue with menopause. If you’re no longer shedding iron regularly, check out all the ways you can use your diet and other lifestyle habits to regulate your iron intake and absorption.

That’s it for today, everyone. It’s not an exhaustive list by any means. I’m sure I’ve missed some things, so now it’s your turn to help out down below.

Women: what tips, tricks, and practices have you found indispensable for your Primal journey?