10 Reasons You Should Be Eating More Monounsaturated Fat 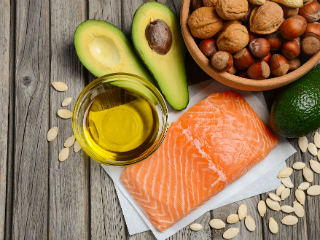 Amidst all the debate over how saturated fat and PUFAs differentially affect our health, we often forget about monounsaturated fats, or MUFAs. These are almost universally tolerated, if not loved. No one really maligns them. Vegans and carnivores alike consume them on a regular basis. You find ’em in nuts and seeds alongside PUFAs. You find them in animal fats alongside saturated fats. In most healthy diets, whether alternative (Primal, keto)  or conventional (Mediterranean, AHA), monounsaturated fats feature prominently. They can’t really be avoided. But they’re an afterthought in hard core nutrition geek circles. Probably because no one really attacks them. Probably because they’re uncontroversial.

Let’s change that. Today, I’m going to explain why, in explicit detail, you should be eating more monounsaturated fat—if you aren’t already.

Saturated, monounsaturated, and polyunsaturated fats are defined by their molecular structure. When we talk about “oxidized fatty acids,” we’re talking about oxidation of the carbon atoms that lie between double bonds. PUFAs are highly unstable because they have two more double bonds; that’s two more weak spots vulnerable to oxidative damage. Saturated fats are highly stable because they have no double bonds, no weak spots. MUFAs, with their one double bond, are theoretically vulnerable to oxidation—but it rarely actually happens. The literature shows that MUFA-rich oils, like olive and avocado, are highly resistant to heat damage during cooking.

Mitochondria are (almost) everything. Cellular power plants whose design we co-opted from parasitic bacteria billions of years ago, mitochondria provide ATP—the basic energy currency. They regulate both individual cellular metabolism and, since we’re just collections of cells, overall metabolism. The more mitochondria we have and the better they work, the more energy we’re able to consume, utilize, and produce. They’re quite essential.

They’re also sensitive to oxidative stress if they’re not built with the right materials. Mitochondria whose membranes contain high levels of PUFAs are less stable, more prone to oxidative damage, and function worse than mitochondria with MUFA-rich membranes. We need our mitochondria to work if we’re to enjoy good health and a strong metabolism, and MUFAs make that possible.

3. It’s a primary constituent of many healthy foods

Consider the mac nut. Buttery, sweet, associated with many health benefits. A favorite treat of mine is salted, dry-roasted mac nuts in Greek yogurt with a drizzle of raw honey. “Salted”? Yep. Try it.

Consider the avocado. Everyone’s favorite “healthy fat.” A rich source of potassium, half an avocado can reduce the postprandial inflammatory load of a big meal.  I don’t mean to use scare quotes in a negative way—I love avocados. That everyone but Ray Peat embraces it amuses me, is all.

Consider the almond. A surprising source of prebiotic fiber and repository for vital minerals, the almond is mostly known as a “bag of linoleic acid.” It has PUFAs, sure, but MUFAs are still the primary fatty acid present in the almond. Didn’t know that, did you? We forget.

Consider the egg yolk. Easiest/tastiest source of choline around. Great source for folate, selenium, B12, complete protein, dietary cholesterol (yes, it’s important). Go pastured and it gets even better. Did you realize that MUFA is the predominant fatty acid in your average egg yolk? It is.

Consider grass-fed beef. Who doesn’t love it? It’s higher in nutrients, lower in cruelty. Even vegans will begrudgingly admit it’s “better” and “slightly less murderous” than conventional beef. Turns out that the grass-fed stuff is higher in MUFAs (and stearic acid, a type of saturated fat that desaturates to MUFA in the body).

Research has established the pivotal role of oleic acid in immune function: it improves wound healing, increases the elimination of pathogens, and is associated with protection against autoimmune diseases.

5. It protects against diabetes

Several lines of evidence point to a protective effect.

Eat it up, diabetics.

6. It has anti-tumor mechanisms

Oleic acid plays a crucial role in the initiation of several anti-carcinogenic cellular processes. It even combines with bovine lactoferrin (a bioactive protein found in milk) to form a novel anti-tumor compound, and animal studies indicate a number of anti-cancer properties inherent to oleic acid. Don’t go sticking raw milk with olive oil in your Vitamix and selling it as a cancer cure or anything, but that’s pretty cool.

Even as controversy over the importance of the lipid profile rages across the nutritional world, one thing remains certain: whatever stance you take, monounsaturated fat has a neutral or positive effect. It increases HDL and reduces LDL. It reduces triglycerides and increases the all-important HDL:Total ratio. It does this in healthy people and diabetics, in the overweight and the heart disease-stricken. It does this without increasing LDL’s propensity to oxidize, as happens in high-PUFA diets.

8. It’s good for your joints

MUFA (and its constant companion, saturated fat) has been shown to increase the resilience of cartilage exposed to stressful conditions. Omega-6 PUFAs have the opposite effect. This may come down to oleic acid’s inhibitory effect on TNF-alpha, a cytokine involved in local joint inflammation.

It turns out that the pro-MUFA stance is not based on fluff or propaganda. Real legitimate science shows that MUFAs are beneficial. The kind of science that your average vegan, paleo, and conventional cardiologist would all cite and find credible.

10. It’s found in the best mayo on the planet

Now, I have no idea what pure oleic acid tastes like. Not much, I’d imagine. But think about olives, bacon, beef, brie, and, oh, avocados. Foods that contain it tend to be delicious.

This is why I chose avocado oil as the foundation for most of our Primal Kitchen products. Whether it’s mayo (chipotle lime or regular), dressing (Greek vinaigrette or honey mustard), or straight up avocado oil, MUFAs as they appear in the wild taste as good as they are good for you.

Oleic acid, the primary MUFA, isn’t magic. It’s not a “superfood.” It’s the work horse of the fatty acids. It’s the foundation. It’s the one constant amidst all healthy diets. Meat eaters get tons of it through animal fat. Lacto-ovo vegetarians get it through dairy and eggs. Vegans get it through nuts and oils. We all carry a lot of it in our adipose tissues, if not by weight then by percentage. Our bodies even convert certain saturated fats, like stearic acid, into oleic acid; that’s how much our bodies need it.

What did I miss? What other health benefits do oleic acid and other MUFAs offer? What’s your favorite way to obtain them?