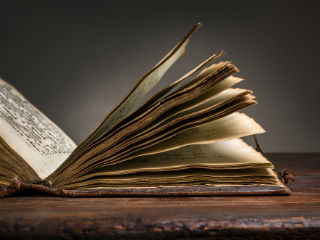 I’m not the first one to talk about the importance of sleep, the primacy of gut health, the impact food has on your well-being, how we divorce ourselves from nature at our peril, and why everyone needs to explore and express and enhance their physical capacities. Wise men and women have been saying the same things for thousands of years around campfires, on scrolls, during lectures, in town squares, and on the printed page. Today, we’re going to read about ten of them.

For each, I’ve attempted to confirm that these are indeed real quotes, claims, and practices. And in the off chance that I get it wrong and a misattribution slips through, that doesn’t take away from the quality of the content. Good tips are good tips.

1. Jeanne Calment, famous French supercentenarian, on olive oil, chocolate, and the importance of taking it easy.

There’s not a ton to say. She wasn’t writing diet books or tweeting links to nutrition studies. She was no guru or life coach. She didn’t really give explicit life advice. But she embodied both the nutritive and psychological aspects of Primal living. She poured olive oil all over food and rubbed it into her skin. She ate a kilo of chocolate a week and drank red wine daily. She eschewed sports but loved to stay active, riding bikes, and even taking up fencing at the age of 85. She lived to 122 while staying active, cheerful, and taking pleasure in life.

To Socrates, physical fitness wasn’t an elective. It wasn’t extracurricular. It was a pre-requisite for being a real man (ladies, rest assured if we were talking about @socrates he’d be more gender inclusive). Not a “real man” in the macho sense. A real man in that you weren’t a real human being if you neglected your physical capabilities. In his own words, “No citizen has a right to be an amateur in the matter of physical training. It is a shame for a man to grow old without seeing the beauty and strength of which is body is capable.” I can’t disagree. Can you?

Ben Franklin was a renaissance man, the patron saint of entrepreneurs, and an inveterate dabbler. But he wasn’t just a thinker or a politician. He was virile and advocated lifting weights when almost no one else did. He considered sleeping in cold rooms a curative and enjoyed cold water, especially before bed. Living in London during winter, he spent two or three hours swimming in the river every night. This wasn’t puttering around, either; the man was a master swimmer, able to swim three and a half miles in a single bout.

4. Margaret Thatcher, Iron Lady, on the necessity of 28 eggs a week.

She wasn’t called the Iron Lady for her strong demeanor and unflinching opposition to the Soviet Union. She was called the Iron Lady because she ate so much steak, eggs, and spinach. Okay, I lied about that, but she really did eat that way. On top of her 28 eggs each week, she also enjoyed spinach, tomatoes, olives, cucumbers, black coffee, “plenty of” steak, lamb chops, whisky, fish, and grapefruit. Oh, and there was a bit of toast now and again, but we’ll forgive her.

5. John Muir, naturalist philosopher, on the essentiality of nature.

If you didn’t know better, you might think the man responsible for quotes like “The clearest way into the Universe is through a forest wilderness” and “The mountains are calling and I must go” was some pants-less SF tech exec in the midst of an ayahuasca ceremony at Burning Man. Actually, it was a 19th century Scottish-American suit-wearing, voluminous beard-having naturalist and philosopher named John Muir. Muir was the real deal. He not only enjoyed nature on a personal level, he established Yosemite National Park and taught an entire nation the importance of wilderness preservation. Hell, without Muir, we might not think of nature the way we folks in the Primal community do today—as a place of great spiritual significance.

Hippocrates is often credited with “Let food be thy medicine, and medicine be thy food.” Just about every alternative nutrition health site will spout that off at some point in their timeline. It’s a great sentiment, and I mostly agree, but there’s no strong evidence Hippocrates actually said it. What he did say for certain was “Walking is man’s best medicine.” Simple, but deep as hell. See, Hippocrates isn’t saying walking is a cure-all. You can’t “walk off leukemia.” But, if medicine’s first priority is to “do no harm”—which, coincidentally, Hippocrates also coined—walking does that in spades. Walking is safe and helpful for almost everyone and everything. I can’t imagine a condition that walking will exacerbate, except for maybe a badly sprained ankle or something. And even then, walking with good form while avoiding pain will speed up your recovery from an ankle sprain.

Another Hippocrates quote is “All disease begins in the gut.” Now, he may not have known about resistant starch, soil-based probiotics, or kimchi. He didn’t have a papyrus Bristol Stool Chart on his office wall. He still hit the nail on the head. Your immune system—the first line of defense against pathogens, endotoxins, and other invaders—resides primarily in the gut. If you can’t digest your food or absorb nutrients, you won’t last long. If your gut biome is messed up, you’re more susceptible to autoimmune diseases and pathogens. Inflammation starts in the gut. Modern researchers are even proposing that many metabolic diseases and disorders begin with a dysregulation of our gut biome. We don’t know everything. We’re probably missing a lot more than we’ve discovered. Whichever way you cut it, though, the gut is a hugely important player in our health. We can’t say for sure if all disease begins in the gut, but I wouldn’t be surprised if it were true.

Joan Gussow is the lady who started the local food movement, invades and informs the thoughts of every New Yorker-reader’s favorite food writer—Michael Pollan—and, when asked about the eternal butter vs margarine debate, replied “I trust cows more than chemists.” Damn right.

Julia Child loved fat, pitied those who feared it, and never let up. If someone was “afraid of butter,” they could “use cream.” Regarding “healthy eating,” she said “the only time to eat diet food is while you’re waiting for the steak to cook.”  In response to critics at the height of the low-fat era, Child maintained “I like marble steaks, and I like butter. I am very careful to eat two tablespoons of saturated fat a day, with greatest pleasure.” Anyone who wants to learn the basics (and more) should pick up a copy of Mastering the Art of French Cooking, by the way.

As a kid traveling through Italy, Eugen (it’s really hard not to add that extra “e”) Sandow marveled at the impressive physiques of the classic Hellenic statues. Though most people assumed they were exaggerated representations of the ideal physique rather than recreations of actual bodies, Sandow disagreed: the perfect Greek physique was achievable, and he was going to get it. He did. In an age of lean but willowy men, Sandow became a beast with his rippled, sinewy physique. In 1897, he wrote one of the first, and probably the most complete, tomes of physical culture. Strength and How to Obtain It is still relevant today. It lays out Sandow’s philosophy of training, explores the extra benefits of exercise (trains both body and mind), explains “the secret of the cold bath,” stresses the importance of nutrition and recovery, and arrives at many of the same concepts bodybuilders discovered half a century later (isolating muscles to sculpt them, meditating on the “feel” of the muscle as you’re using it). Oh, and it’s got some incredible photos of Sandow’s physique.

10. Jiddu Krishnamurti, anti-guru guru, on being your own guru.

In the latter half of the 19th century, a group of secular “seekers after Truth” formed The Theosophical Society, an organization with some very lofty goals: promoting unity and brotherhood among all people and leading humanity to become willing and conscious participants in the evolutionary process. They eventually discovered an Indian teenager named Jiddu Krishnamurti, and decided he was their messiah—the most advanced spiritual entity on earth, or “World Teacher.” He went along with it for some time, preparing to lead humanity into a new era of enlightenment until, at age 34, he realized how silly and preposterous it all was. From then on, he rejected the entire concept of gurus, teachers, and spiritual leaders, proclaiming truth to be a “pathless land” that we must explore on our own. Ultimately, all you have is you. You can’t be taught; you must learn. You don’t lie back and let knowledge, wisdom, and advice wash over you. You plunge headfirst into it, marinate awhile, and actively absorb it. Jiddu Krishnamurti was the anti-guru, a teacher and speaker and philosopher who, on paper, resembled the prototypical guru. He “taught.” He “spoke.” He “gave advice.” But the crux of his teachings rested on the abolition of dependence upon the external—teachers, ideologies, religions, dogmas—for validation of the internal. According to him the only guru, teacher, and leader in your life was you. It’s a lot of responsibility, sure. Knowledge exists external to us, of course. Experts in a thousand different fields know more than you and reading and hearing what they have to say can be useful. But the ultimate decision of how to respond and handle that information rests in your hands. You must find the path, or realize that the path doesn’t really exist.

As you can see, you don’t have to have worn a toga and witnessed the birth of democracy to have wisdom to impart.

Now let’s hear from you. Who did I miss? What other Primal-friendly wisdom has been handed out across the ages? Why Do I Get a Gluten Reaction from American Wheat but not O...