10 Holiday Gifts for Your Primal Tribe

It’s holiday time, at least around here, and that means gift-giving. And since you’re reading this post, you’re likely a card-carrying Primal fanatic who would like to see as many people involved in this lifestyle as possible. If that’s the case, tailoring your gifts to the Primal lifestyle could be a great way to get people involved. For one, it requires no money on their part. They just have to be there to receive it. Second, it’s a gift, so they’ll feel obliged to at least try it on for size. And third, all of this stuff is actually pretty cool and very useful. It’s not as if you’re gifting them a variety pack of desiccated offal.

With this year’s gift post, I did something a little different than in years past – I tailored every gift to one of the 10 Primal Blueprint Laws. Eating animals? There’s a gift to make that easier. Walking? There’s a gift for that. Play? That too. It’s all there.

So, without further ado, let’s get to the gifts: 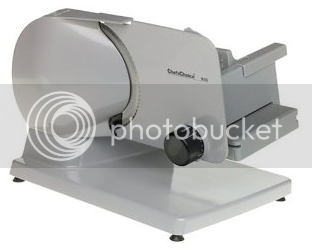 I’m not sure what I’d do without this thing. Until I got it, I made homemade jerky (which I love) using one of two methods: sawing away at a partially-frozen shoulder clod roast with a kitchen knife until my off hand went numb from holding a frozen piece of beef and my knife hand cramped up from overtraining; or getting the meat sliced at the butchers. The former method worked, but it was a labor (of love, but labor nonetheless) that led to Popeye-esque forearm development on the one arm. The latter method was much easier, but the butcher could never make the slices as thin as I wanted. Now, I have jerky all the time, because my slicer makes short work of partially-frozen hunks of animal in minutes (fully frozen beef is too much for it, however). I can also slice steaks up to an inch thick, and it’s easy to clean and use.

If lack of nutritious, affordable, on-the-go animal is holding someone back, a meat slicer will be of immense value.

Produce chicken breast with a thigh’s tenderness. Turn a piece of steak that’s half gristle into a veritable filet mignon. Perfectly cook your salmon, your eggs, or even your turkey (albeit deconstructed). SousVide Supreme cooking is the gentlest around, and the low temperatures used reduce the creation of carcinogenic compounds. Even better, it’s pretty much impossible to mess up something cooked with the thing. Wow your guests and keep your body happy.

At first glance, the notion of cooking your food by wrapping it in plastic and submerging it for more than a day in hot water sounds dubious. We’re already wary of popular plastic additive and canned food liner bisphenol A, or BPA, getting into our food and interacting with our estrogen receptor sites, and with Chris Kresser recently highlighting new research showing that even “BPA-free” plastics leach xenoestrogens into food and liquid (especially when exposed to heat), anyone who’s keeping tabs on this stuff would be understandably hesitant about using a contraption whose express purpose is to combine food, hot water, and plastic. But then NomNomPaleo looked into the matter and found that viable alternatives exist (even reusable ones), and that the makers of the SousVide Supreme – the Drs. Eades – attest to the safety of their product.

3. Move Around at a Slow Pace – Altra Adam/Eve Minimalist Shoe

This is where I’d usually recommend you pick up a pair of Vibram FiveFingers (my favorite minimalist footwear), but for those whose spouses just haven’t adapted to toe-spread (and no, that’s not a Primal cracker topping) check out Altra’s minimalist shoes. I recently picked up a pair of the Adams (ladies, go for the Eves). They’ve got zero heel-drop (that means there’s no difference between the thickness of the heel and the rest of the sole, just like your bare feet), excellent traction (clambered across some rocks just the other day, in fact), good ground feel (you’ll feel the twigs, cracks, and pebbles on the ground, but they won’t hurt – good for proprioception), and they feel a lot like Vibrams without the toes. I like.

So, if you know someone who’s been looking for a comfortable minimalist shoe for all that walking they’re (supposed to be) doing, but they don’t want to wear the “toe shoes” and are not quite ready for full-on barefoot walking, the Adam/Eve is a good choice.

While I mostly shy away from heavy barbell training these days in favor of enjoyable bodyweight work, I have been experimenting with unilateral work using a single adjustable Olympic weight dumbbell – single arm standing overhead dumbbell presses (really taxes your core), dumbbell snatches, floor presses, suitcase carries (like a farmer’s walk, only one-sided). You can even use the thing for kettlebell-esque swings. Overall, this is a simple, dependable product with a multitude of uses. The listed product is just the one dumbbell; you’ll need to hunt down Olympic weights and sleeves. Buy the sleeves online, but before you pay to ship weights, hunt for “Olympic weights” on Craigslist. You can usually snag a good deal. And since it’s only one dumbbell, it’ll fit in your apartment and you don’t need to buy a ton of weights. Pairs of 25s, 10s, 5s, and 2.5s (pounds) should get you going.

Great for heavy lifting without the need for barbells, squat racks, or gym memberships.

5. Sprint Once in A While – 2XU Compression Tights

Remember how I mentioned in an old post that I was trying out a new recovery method – cold soaks – at the recommendation of a buddy? Well, he made another recommendation about recovery, and since the first one worked so well I figured I’d give this next one a try, too. He told me to wear 2XU compression tights (men’s, women’s) after a hard day’s training, the idea being that they improve blood flow, boost recovery, and reduce DOMS. My hard days are almost exclusively my sprint days, where I really go all out, and I’ve found that the tights improve the way I feel the day after. My legs don’t feel leaden; I can go for a hike or play a game of Ultimate without any nagging soreness. Plus, they feel good against your skin, and wearing them while lifting seems to improve my proprioceptive awareness of the position of my legs and action of my joints. The fact that they’re compressive makes me feel a bit more stable, too. That part could just be a placebo, but I like it regardless.

Great for recovering from those sprint days.

I’ve discussed the importance of light in the regulation of our circadian rhythms. I’ve even talked about sounds – “nature” sounds in particular – acting as zeitgebers, or circadian entrainers. Anyone who camps has had experiences that jibe with this research, like getting sleepy at nightfall (lack of light) and waking up at first light to the sound of wildlife (and/or crackling bacon), incredibly refreshed. You can’t replace the great outdoors, the sun above, and the birds in the trees with an appliance that fits on your bedside table, but you can give it a pretty good shot. The Wake-up Light from Phillips wakes you up by gradually increasing the intensity of the light it emits while playing nature sounds to make waking up a smooth, energizing experience.

Forget jarring alarms. A wake-up light might just be the next best thing to the sunrise.

It’s no secret that Ultimate is my game of choice. It’s fun, it’s challenging, it forces you to strategize and also think on your feet, and it’s a great way to exercise. Throughout the course of a game of Ultimate, I’ll sprint, jump, dive, run intervals, jostle for position dozens of times… and that’s just in the first half. Play is the foundation of a healthy Primal lifestyle, just as much as diet and exercise, and for my money Ultimate is the best way to get it. Even sports like basketball and soccer require baskets and goals, but with Ultimate, all you need is the disc, some open space, and a few friends. What’s more Primal and accessible than that?

Buy the disc and get a game going.

This won’t replace vitamin D-producing UVB rays (take vitamin D for that), but the light therapy pad can help reset one’s circadian rhythm and counteract seasonal affective disorder (SAD, often characterized by a sunlight deficiency). I’ve written about the limitations and advantages of lightboxes before, but all in all, they can be a viable option for people who truly get inadequate sunlight.

I’ve never had to deal with a severe lack of sunlight, but this light therapy pad seems to be one of the better ones around (and quite reasonable in price).

Anyone who gets down on the ground and rolls the Rumble Roller (available on Amazon, too) across a slab of their tender muscle or fascia will question my sanity – at least initially – because this thing is brutal. It’s like a foam roller (already pretty painful) that grew calcified warts and started reading (and really digging) the Marquis de Sade’s work. If you have the slightest bit of tightness in your muscles or connective tissue, the Rumble Roller will kindly highlight it for you. And yes, it hurts, but it’s ultimately doing you a favor. It’s loosening you up and smoothing out your fascia so that real trauma – the career-ending, surgery-requiring, joint-destroying kind – can be averted.

If someone you know is ready to graduate past the foam roller, go for the Rumble Roller.

10. Use Your Mind – The Primal Blueprint 21-Day Total Body Transformation

While The Primal Blueprint would work well, too, I think the 21-Day Total Body Transformation is the best way to quickly get someone thinking about health and wellness in a totally new way. I’m always one for challenging the status quo, especially the status quo in someone’s head. Can’t let that one get stagnant.

Fantastic intro to the Primal lifestyle for anyone who wants to challenge their previously-held conclusions on health, fitness, and nutrition.

Well, that’s about it for today’s post. I think I covered the gamut quite well, but if I missed any obvious gift ideas, let everyone know in the comment section!

Full disclosure: Some of the links above are affiliate links. Earned commissions support Mark’s Daily Apple.