What Is the Vagus Nerve? (and How Does It Impact Health, Mood and Performance?) 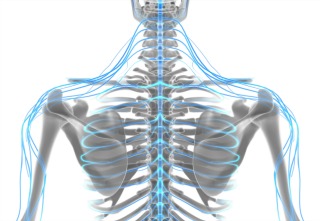 In recent years, I’ve regularly vouched for the gut as our long-abused secondary brain. Given what most of us grew up learning in school, it can feel like a mammoth shift. Science and philosophy have long revered the brain as seat of consciousness, even the seat of humanity itself. But when it comes down to it, everything is interconnected. Our consciousness extends well beyond the brain. How we feel and who we are encompasses a much more expansive and intricate system than any of us learned in high school biology. At the center of this paradigm revision is something called the vagus nerve.

Vagus…as a word it sounds a little off-putting. If someone called me a vagus, I’d probably be mildly offended. But the literary origins of this word are actually kind of mystical: “vagus” in Latin translates to “wandering.” And I’d struggle to find a more apt definition.

The vagus nerve runs from the base of the brain, through the neck, and into the chest and stomach, reaching all the way to the gut. It’s regularly likened to a highway, whereby vast multitudes of nerves are constantly “driving” to almost every organ in the body, delivering vital messages and returning to the brain with their own little snippets of info. Around 80% of these nerve fibers are directed outwards from the brain, while the remaining 20% or so work in reverse to send commands back to the brain from the various corners of the body.

Unsurprisingly, the role of this wandering nerve highway is far-reaching. Regulation of breathing. Control of digestion and satiety. Taste response. Hearing. Vocalization. Relaxation response. Even blood circulation. It’s the quiet overachiever of your parasympathetic nervous system.

And it’s stirring some rather fascinating conversations within the medical community (conventional and otherwise).

Feeling hungry or full? It’s that mysterious vagus nerve at work. During a meal, the volume of food in the stomach stimulates the vagus nerve to message your call center operator (brain), which then flips the switch that says “full.” Seems pretty straightforward.

Further down, in the depths of your gastrointestinal tract, the vagus is also operating. As I discussed in this post, the gut contains a range of receptors that recognize whether you’ve received enough of certain nutrients. These include serotonin, ghrelin, and gustducin (aka glucose) receptors. The food you eat may or may not fire up these receptors, depending on whether it contains those nutrients. And the means by which your brain receives the nutrient satiety all-clear? Why, none other than the vagus. This is the quality to your stomach’s bulk-food quantity sensors.

So, the vagus and your stomach: an unlikely romance. But where things can turn sour are with regards to a compromised vagus nerve. When the vagus is underperforming, those all-important satiety signals from both the stomach and the intestines don’t always make their way back to the brain. You choose the metaphor: nerve traffic jams, road work, giant nerve-eating potholes…that kind of thing.

For this reason, when the vagus is performing at less than 100 percent, you’re more likely to overeat or get insatiable cravings for the wrong kinds of foods. A classic example of this is those glucose taste receptors in your gut I talked about earlier. Vagus dysfunction can prevent those receptors from signaling to the brain that sufficient sugars and carbs have been consumed, essentially leading to a glucose overdose and impaired insulin secretion.

We all know where this is going: obesity. But vagus nerve dysfunction is by no means limited to battles with excessive weight gain.

As a key component of your parasympathetic nervous system, the vagus is a nerve associated with times of plenty rather than hardship or trauma. In other words, it’s more of a “rest and digest” kind of guy rather than a mechanism of “fight or flight.”

For this reason, stimulating the vagus nerve is associated with an anti-inflammatory response in the brain. By activating, the vagus is telling the brain that all is well with the world, and to ease off on stress response and the production of inflammatory cytokines. The science behind it is somewhat mind-exploding, but here’s my layman’s summary.

Some sort of external catalyst triggers an immune response in the body. Example: gluten. In this scenario, your gut issues a plea for help via the vagus. Vagus communicates SOS to immune cells via the brain, which then release “pro-inflammatory cytokines” to give the invader in your gut (gluten) a good walloping. Walloping complete, the efferent (aka outgoing) part of the vagus regulates this immune activation and suppresses the inflammatory cytokines. Inflammation over and out.

As you can guess, the health of the vagus nerve may have a lot to tell us about autoimmune function/dysfunction—as well as a host of other physical conditions.

The Advent of Vagus Nerve Stimulation

Researchers have caught on to that notion in recent years. Vagus nerve stimulation (VNS) first appeared on medical shelves in 1997, designed to provide a viable alternative to anti-seizure drugs. A small device is surgically implanted into a patient’s chest in order to emit electrical pulses into the vagus nerve for 30 seconds every five minutes. Of those epileptics who receive VNS, apparently half of them see a 50 percent drop in seizures. Kind of a Matrix-esque therapy that undoubtedly feels like a miracle to those who live with frequent seizures.

From there, medical curiosity regarding the vagus nerve intensified considerably. Those patients receiving VNS for their epilepsy started to report improved mood and less propensity for depression. That would likely be the serotonin receptors in their gut finally getting through to the brain via an electrically-boosted vagus. The logical next step was to begin using VNS for treatment of chronic depression, which was approved by our friends at the FDA in 2005. The results of this treatment have been mixed, with certain patients responding well and others showing no improvements. Unfortunately, 55 percent of patients also appear to exhibit “voice alteration and hoarseness” as a side effect.

But the vagus correlations didn’t stop there. Depressed patients also reported a notable reduction in appetite while undergoing the VNS treatment. And so VNS for obesity treatment was born, with a significant degree of success.

You see where this is going: scientists continue to discover more about the vagus nerve and how it controls a wide array of vital functions in the body. Mark S. George, director of the brain stimulation lab at the Medical University of South Carolina, notes that “[VNS] affects our brain circuitry in a profoundly powerful way…Not only can you select which fibers you want to target with VNS, you can also control which way you want the information to go and your effect.”

In the next several years, it will be interesting to follow the application of VNS and its progress in the fields of Crohn’s disease, rheumatoid arthritis, asthma, tinnitus, and even stroke recovery. Results are looking promising.

The Vagus and a Primal Lifestyle (or What’s in It for Us?)

Of course, most of this is just conventional, symptom-centric medical stabs in the dark. The research on the vagus nerve is still relatively new, but we’re learning.

That leads us to the question of the day: what does it have to do with me, with you, with the general population? What does the “wandering” nerve have to offer us?

For starters, it’s apparent from early research that the vagus nerve can be damaged by a poor diet. Lab tests, while small, have drawn links between diabetes and vagal degeneration, the cause of which we know to be a chronic glucose and fructose overload. Diabetic damage to the vagus nerve can lead to a condition called gastroparesis, in which the muscles of the stomach and intestines are unable to effectively move food through the GI tract. Other research suggests that alcohol abuse can also lead to vagal damage, due to the toxic influence alcohol has on the autonomic nervous system, of which the vagus is a part.

All right, so you need to avoid sugar, eat a balanced diet, and minimize alcohol consumption. Check, check and check. Even a casual Primal type shouldn’t have too much difficulty on those fronts. But beyond simply avoiding vagal damage, how can you supercharge your vagus? Surely, improving the health of the vagal nerve must have benefits?

Yes, indeed. A Swiss study a couple of years back found that healthy vagus communication between your gut and brain helps you to slow down and unwind after a stressful situation. Lab tests showed that the vagus nerve releases neurotransmitters following a traumatic event to lower heart rate, lower blood pressure, and enable your organs to take it easy after genuinely distressing or simply trying events. The take-away here is that supporting a healthy vagus increases your ability to live resiliently, deal with stress, and recover faster. That’s a very valuable thing indeed.

And rest assured there’s likely no need for a lab assistant to zap you either. A study from early last year used a new non-invasive vagus nerve stimulator to reduce symptoms of major depressive disorder. Other studies have shown significant stress reduction and increased feelings of happiness by temporarily stimulating the vagus nerve. There’s ample reason to believe that these benefits can also be achieved by practicing mindfulness meditation (or your version thereof).

Finally, supporting a healthy vagus can help you to improve performance under pressure. Endurance athlete and coach Christopher Bergland, who has written at length on the vagus, offers some perspective on supporting and improving the vagal functioning: “healthy vagal tone is indicated by a slight increase of heart rate when you inhale, and a decrease of heart rate when you exhale. Deep diaphragmatic breathing—with a long, slow exhale—is key to stimulating the vagus nerve and slowing heart rate and blood pressure, especially in times of performance anxiety. A higher vagal tone index is linked to physical and psychological well-being. A low vagal tone index is linked to inflammation, negative moods, loneliness, and heart attacks.”

So how do you get your hands on some of this healthy vagal tone action when the going gets tough? Bergland has a few mostly anecdotal answers:

Admittedly, there’s plenty for research to fill in in the coming years. That being said, a few other studies on the vagus nerve appear to confirm the application of Primal living for vagal tone. This study, for instance, found that rats fed a high-fat diet experienced a significant lowering of inflammatory response by way of the vagus nerve. A more recent study showed that a certain probiotic strain of Lactobacillus activated the vagus nerve and halted the release of cortisol during a stressful situation. And of course there’s always slow, controlled breathing.

Not too hard or revolutionary for the Primal mind. Incidentally, actions that support neuroplasticity may by extension support vagal health as well.

Thanks for reading, everyone. Have you read/heard much about the vagus nerve? How do you think of this addition to the brain-gut axis picture? Take care.