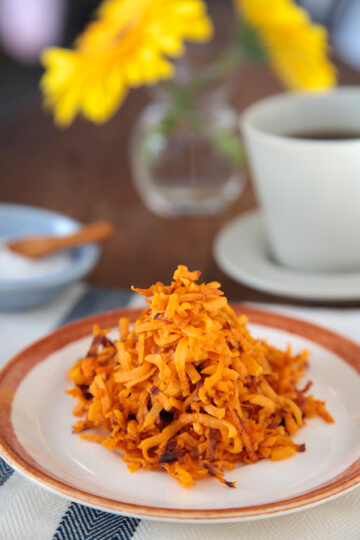 Sweet potatoes have a lot going for them as a breakfast potato of choice. Shredded into hash browns, they make a bigger flavor statement than regular old potato hash browns, and the sweetness is a perfect contrast with salty bacon and eggs.

Sweet potatoes are also strong sources of beta-carotene, manganese, and copper and safe sources of starch.

Sure, sweet potato hash browns can be cooked in a skillet. But if you have a waffle iron in the back of the cupboard that’s not being used for waffles any more, then pull it out. A waffle iron quickly and easily turns shredded sweet potatoes (and regular potatoes) into hash browns. The strings of sweet potato are both tender and crispy, with sweet, buttery flavor. Pile them high on plate and they’ll fly off the breakfast table (and the dinner table, too).

Time in the Kitchen: 15 minutes

Preheat waffle iron. If it has temperature controls, set it to medium.

Wrap the sweet potatoes in a thin towel and squeeze repeatedly to remove as much moisture as possible. It’s not likely that much moisture will come out, probably just enough to make the towel damp. 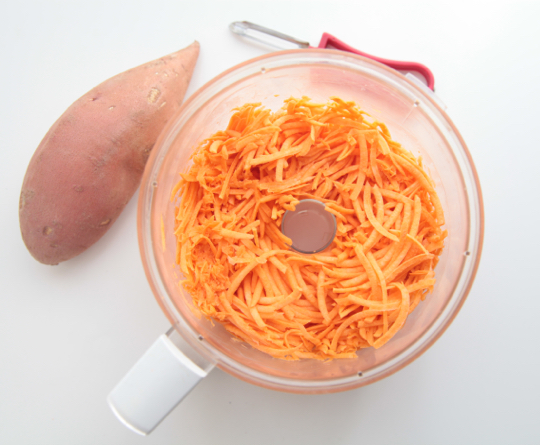 In a large bowl, toss the sweet potatoes with salt.

The amount of shredded sweet potatoes to cook at once and the exact cooking time will vary depending on the size of the waffle maker. Think of your first batch as an experiment for both. Put in enough shredded potatoes so the waffle iron seems just a little too full; when you close the lid it will press the potatoes down and make them fit. 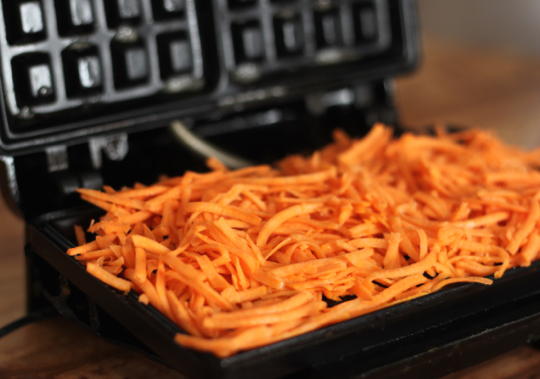 Start checking the hash browns after 5 minutes. It’s likely the total cooking time will be around 8 minutes. You’re looking for hash browns that are nicely browned and crispy at the tips. However, even sweet potatoes that aren’t brown and crispy all over will taste great. 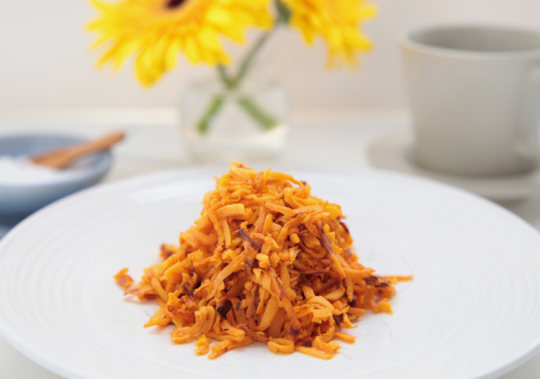 How to Make Gluten-free Roux