Besides the odd scraped knee and that one fateful summer where you decided you’d look better as a blonde, you haven’t had much time for the medicine cabinet staple hydrogen peroxide. However, it should be noted that it does have a number of wild and unusual purposes…

But first, a discussion of what exactly this bubbly little solution is: In its purest form, hydrogen peroxide, or H2O2 as it is referred to by chemists and other science-nerds, is actually highly toxic. What you are generally getting when you buy an over-the-counter variety is only 3% hydrogen peroxide, with the rest made up of plain ol’ H2O! Hydrogen peroxide is probably best recognized by its signature brown bottle, which is used not as a marketing strategy, but to actually protect the bottles’ contents, which are highly sensitive to light.

But let’s talk about all of its many uses:

According to folklore, holding a capful of H2O2 in your mouth for one minute daily will prevent you from developing canker sores (mouth ulcers) and will whiten your teeth too! Unfortunately, there have been no credible studies to prove this one, but it is one of those widely-held internet beliefs, with many people swearing up and down that it offers a protective benefit.

Certified as an effective sanitizer by the U.S. Environmental Protection Agency (EPA), hydrogen peroxide can be used to disinfect counter tops, chopping boards and other cooking utensils (and it leaves a nice fresh smell too!) Simply dampen a kitchen cloth with the solution or spray directly onto surfaces (just be careful for splash-backs since it will stain your clothes!)

According to the U.S. Department of Housing and Urban Development, hydrogen peroxide is among the substances that can be used to rid your home of mold (though even they admit that there really isn’t enough evidence on its efficacy to broadly recommend it as a first line treatment.) Our advice? It might be worth a shot!

Picked up your produce in a dodgy section of the grocery store? Get it super clean – without harming diners – by using hydrogen peroxide as a vegetable soak. Not only will it remove the pesky dirt, a study published in the Journal of Food and Science suggests that it might remove strains of the stomach-ache inducing E-coli. This solution can also be used to wash meats and poultry.

Beef up your regular kitchen soap by adding roughly 2 ounces of 3% H2O2 to the bottle. It will add an extra – and safe – sanitizing boost to your everyday dishwashing routine!

According to alternative therapy practitioners, adding about half a bottle of hydrogen peroxide to a warm bath can help detoxify the body and also help with the immune and eliminative properties of the skin. Our take on all this? We’re skeptical of the claims, but a bath is always a nice way to relax and the addition of hydrogen peroxide will leave you – and the tub – squeaky clean! 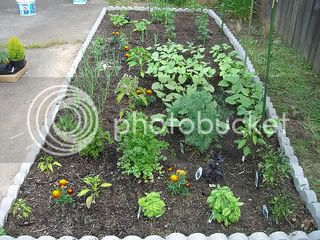 To avoid chemicals and harmful pesticides, you ditched grocery store produce in favor of growing your own. But then you ran into trouble with insects and had to haul out the industrial spray to fend off the critters. Next time, before disaster strikes, mix up a solution of 10% hydrogen peroxide by diluting 30% hydrogen peroxide (available at a feed store) with water and spray it on vegetation to keep it bug-free and healthy. But please, be extremely careful when handling hydrogen peroxide at these concentration levels as it can burn the skin and severely damage the eyes.

Couldn’t finish last night’s tossed salad? Provided there’s no dressing, spray a solution of 1/2 cup water and 1 tablespoon of hydrogen peroxide, drain, cover and refrigerate. According to those in the know, it will prevent wilting and better preserve your salad.

Wisebread: Going Green on a Shoestring