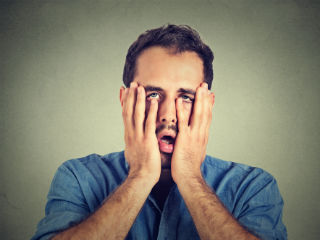 “Be Selfish.” It’s without a doubt the habit of Highly Successful Hunter-Gatherers I’ve gotten the most feedback on throughout the last few years. (You can check out the other nine if you’re curious or want a refresher.) The reason, I think, is that it’s so unexpectedly radical, so brashly subversive to an almost universally held tenet: good people serve others rather than themselves. You can file it under the “better to give than receive” ethic and the general cult of self-sacrifice that permeates Western moral and work culture. We’re supposed to want to help others, to devote our lives to the service of the greater good. To be selfish is to be shallow, vapid—a flimsy, one-dimensional model of what it means to be human. But as modestly proposed in The Primal Connection, we’re working here with an unfortunate distortion that can quickly wade into treacherous, life-sucking waters.

To adapt an old proverb, I’d say the road to personal hell is often paved with the well-intentioned pursuit of people pleasing. While there’s certainly nothing wrong with wanting to see others happy or making a positive difference in the world, we more quickly meet with a law of diminishing returns than we may admit. Where does natural, feel-good altruism morph into unhealthy self-sacrifice? At what point are we denying our basic needs for the comfort and good opinions of others? And what gets lost when we find ourselves down that dysfunctional rabbit hole?

I think a glimpse at our fore bearers’ reality offers an interesting perspective to all this. Grok and his kin, after all, lived in small bands of 25-40 people (depending on which anthropological analysis you read). Certainly, “pro-social” behavior was adaptive for oneself (better to get along than be exiled into the Paleolithic wilderness) and for one’s group (a united, functioning group operates more effectively and, thus, has a better chance of surviving). Within these small groups, demands were rigorous but relatively few in number and direction. Leisure was ample as were opportunities for solitude if one so desired. There was work to be done, and it was achieved cooperatively. Band ethos obliged all to contribute to their potential.

Today, by comparison, we have at least peripheral contact with sometimes hundreds of people on a daily basis.

We’re part of larger social groups, neighborhoods, families, social media cliques and work groups that, unlike the Paleolithic model, rarely overlap. We may not spend all day with these people hunting and dressing a kill, but we field countless micro-demands (e.g. favors, questions, invitations, feedback, etc.) from them in addition to more substantial requests and responsibilities. With email, text and social media, the fact is, hundreds if not thousands of people have unlimited access to us every day—a novel phenomenon to the human nervous system.

To boot, our much more diffuse societal structure means there aren’t only more demands from more directions, but there are fewer checks and balances on the rigor or frequency of those demands. It’s certainly easier to depersonalize others in a culture where social contact is compartmentalized. Without everyone living in close quarters and in constant contact together, there are fewer witnesses to the composite of any given person’s behavior—a situation capitalized on by office bullies, social manipulators and energy vampires everywhere. Band community in Grok’s time would’ve weeded out these folks and sent them packing, but today we rarely enjoy that kind of awareness, let alone intervention.

Some of us may have an easier time taking it in stride, but others are more prone to what’s sometimes pathologized as “people pleasing” behavior.

Simply put, people pleasing is the subservient tendency to put others first and to acquiesce to social and/or professional demands even to the detriment of oneself. Truth be told, however, most if not all of us likely feel pressure to accommodate more things for more people these days.

Just how much should we be expected to take in, and how much external responsibility can we accommodate before we start to suffer as a result? Are we willing to subject ourselves to continual stress, anxiety and burnout to stay in everyone’s good graces, or are we ready to get off the carousel for the sake of personal balance and mental well-being? How do we begin to reorient ourselves from a people pleasing or over-accommodating existence toward a more measured one?

Drop what you aren’t responsible for

The years have taught me that we often carry burdens we never needed to pick up. Let’s be clear on one thing, for instance. We all choose to participate in activities, chores or projects either because something is a condition of our employment or we decide we’d like to help someone with a specific task. We participate in the task. We take responsibility for our actions related to the task that we’ve accepted. We are not, however, in accepting a task or in not accepting a task, responsible for anyone’s feelings or expectations at any point in the process or discussion.

Simple rule: hand it back.

Especially after implementing the point above. In band society, it paid to get along with the couple dozen people around you. In today’s society, that’s an unrealistic scenario that will exact too high a price from your own happiness, health and contentment. If you need it, Grok gives you his personal permission to be choosy.

Embrace a new definition of selfish

If we’ve spent our entire lives defining ourselves by how much we give to others, we need to realign those expectations. To be selfish in the Primal sense isn’t to be a jerk who never thinks of others or never acts to better the world around us. It’s simply to think and act realistically for the sake of self-preservation.

We’re of no use to anyone if we ourselves are floundering. When we put our own oxygen mask on first, we’re better able to serve others in our lives. We do this with unapologetic self-care and necessary boundaries around our time and energy. This includes checking out (from the virtual world, too) when we want to rather than when others would prefer it.

Get real about how people pleasing plays out in your life

Assess your life and the situations in which you’ve done things you had no interest in doing, things that didn’t serve you and even ended up being to your detriment (e.g., resulted in exhaustion or missing other opportunities). Who do you accommodate too much? What do you accommodate too much of? Where and when do you typically do this or agree to do it? And why do you keep putting yourself in the same miserable straits?

Determine where you need new and improved boundaries in your life

Decide how much time and effort you’re willing to commit for helping others. Once you’ve settled on one, don’t be afraid to cut that number in half. Be thoughtful about what time you want to reserve for yourself and when you’d be happy being available to other people.

This is putting boundaries around your time and energy in the virtual world, and it’s one of the most neglected steps people take to protect their sanity. Few things in life require an immediate response. Stop living like everything is a Grok-style emergency even if other people around you are. You’ll be more content and productive as a result.

Have a line for saying no

The desire to say no is great, but let’s face it. If you aren’t prepared in the moment, you may lose your nerve out of a sense of discombobulation. Have a scripted response when you want to decline a request or invitation. “Thanks, but I have a commitment” or “I appreciate your asking, but I’m booked up that week” can be simple and to the point. If you can’t bring yourself to that kind of response or don’t think that will suffice for the situation, say you’ll think about it and let them know by a certain time.

This is the essential follow-up to the previous point. When you say no to a request (barring a necessary project or duty related to your employment), you aren’t obligated to explain the whys or why nots. If someone presses the point, understand that this person is the one breaking the social contract (not you), and simply repeat the same line that you have another commitment and won’t be able to attend/participate/help out/join/etc. If they won’t let it go, imagine what Grok would do.

The ultimate antidote to people pleasing isn’t a set of commandments. It’s a self-focused orientation, an attunement to oneself rather than to the myriad of demands and voices around you. When we think of selfish people, we imagine them as self-absorbed. Yet some of the most self-absorbed people I know are the most flagrant busybodies of the world, the ones who need to have their hands in everything, to be appreciated and admired and included. Solitude takes us out of that cycle and re-centers us in ourselves. We filter decisions through our innate intuition rather than outward pressures. This is the crucial, life-changing difference between self-absorption and self-possession.

Thanks for reading today, everybody. How do you balance accommodating others’ requests with your own needs? What advice would you have—Primal or otherwise—for those recovering from people pleasing? Have a great end to the week.