Is the Paleo Diet Supported by Scientific Research? 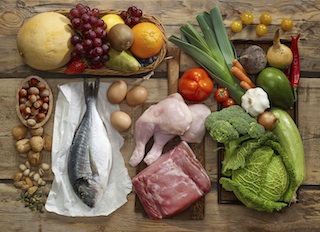 People constantly demand proof for the efficacy of the Primal eating plan. And I’m glad they do. The Primal Blueprint makes sense on an intuitive level, and those success stories we see every Friday sure are persuasive, but it’s also important to see broader support in the scientific literature. Many times, people demand proof without really wanting any; they assume it’s all imaginary just-so stories. “Where are the studies?” has become a retort rather than a legitimate query.

Well, it’s time to retire it. With 22 paleo diet papers and counting, the scientific research is quickly accumulating — and it’s quite positive. In last Sunday’s Weekend Link Love, I shared a list of (most of) the available paleo diet studies. Today, I thought I’d summarize some of these studies for you. Not everyone can be expected to have access to, read, and be able to interpret all of the research that is published. But there’s some really interesting stuff in there that I think you might benefit from knowing (and passing along to interested parties who ask). But be sure to have a look for yourself. Don’t just take my word for it.

Without further ado, here are short discussions of five of my “favorite” studies. These are the ones that leap out at me.

This is one of the earliest-known paleo diet studies, so early that the diet was called a “reversion to traditional lifestyle” rather than paleolithic. In it, 10 diabetic, middle-aged, overweight Australian aborigines were instructed to live as hunter-gatherers for seven weeks, eating only what they were able to collect or hunt on their traditional homelands. Their base “city diet” — the diet that got them diabetic and overweight — consisted of flour, sugar, rice, soda pop, alcohol, powdered milk, cheap fatty meat, potatoes, onions, and various fresh produce.

After seven weeks, the subjects had lost an average of 8 kilograms (17.6 lbs), fasting glucose had gone from diabetic to non-diabetic, postprandial glucose had improved, fasting insulin levels had plummeted, and triglycerides had dropped.

Takeaways: Some combination of increased energy expenditure (although the study author estimated that activity levels were higher than normal, but not dramatically so), reduced caloric intake, elimination of processed industrial foods, and consumption of healthy traditional foods caused the massive improvements in diabetic markers. I suspect that the drastic reduction in food intake played the biggest role, but what was it about the traditional diet that allowed such effortless calorie reduction?

Heart healthy diet recommendations are meant to be the gold standard when it comes to reducing the cholesterol of hypercholesterolemic adults. Their entire business model revolves around lowering blood lipids through diet (and maybe a few prescription drugs), so you’d think that the official AHA diet would trounce the supposedly unproven, untested, and dangerously meat-centric and grain-deficient paleo-type diet when it comes to cholesterol numbers.

In this study, subjects with high cholesterol spent four months on the sanctioned AHA diet followed by four months on a paleo diet. The AHA diet phase emphasized lots of fruits and vegetables, little to no salt, fish twice a week, tons of whole grains, no more than 7% of calories from saturated fat and no more than 300 mg of cholesterol a day. During this portion of the trial, subjects failed to hit any of the desired blood lipid changes. Neither HDL, triglycerides, LDL, nor total cholesterol got any better or worse on the AHA diet.

The paleo phase emphasized lean animal protein, fruits, vegetables, eggs, and nuts. Dairy, legumes, and grains were all restricted. During this part of the trial, traditional cholesterol markers improved across the board. LDL, TC, and triglycerides went down, HDL went up. Plus, during the paleo phase, patients lost more weight and ate fewer calories (without being instructed to to so).

The Mediterranean diet is typically lauded for its beneficial effect on colorectal cancer. It’s fairly low in red meat (a popular whipping boy in colorectal cancer circles), high in extra virgin olive oil with potent antioxidant effects, rich in whole grains whose fiber is supposed to stave off colon cancer, and features ample amounts of red wine whose polyphenols exert protective effects against colon carcinogenesis. Paleo diets, meanwhile, eliminate whole grains and place no limit on red meat. And while they usually allow both red wine and olive oil, they emphasize neither. So when a team of researchers found that high adherence to paleo diet principles was just as protective against colon cancer as adherence to Mediterranean diet principles, some people were surprised.

Takeaway: Assuming this epidemiological research indicates a true causal relationship between diet and colon cancer risk, we can draw a few tentative guesses. You don’t need whole grains to have a healthy colon. You can eat meat and enjoy a healthy colon. You probably still need ample amounts of prebiotic fiber (and there’s evidence that prebiotics are important mediators of the effect dietary red meat has on colon cancer risk), but it doesn’t have to come from grains and legumes; fruit and vegetables and tubers are perfectly adequate.

“Long-term” is relative, and we’d all love to see 30- or 40-year long randomized trials, but those are cost prohibitive. A randomized dietary trial lasting two years is incredibly rare and deserves our full attention. So, what happened in this one?

Subjects were split into two groups. One followed your standard paleo diet, the other followed a high-carb, low-fat Nordic Nutrition Recommendations diet (fairly standard “eat healthywholegrains, avoid arterycloggingsaturatedfat” approach, albeit with higher fat allowances than most heart healthy diets in the US). The group following paleo lost more body fat, especially abdominal fat, at 6, 12, and 18 months. They also had more sustained drops in triglycerides after two years, and their blood pressure improved to a greater degree.

Takeaway: It’s safe. Two years is usually enough time for some worrying trends to appear. None did, though.

The obese women who lost so much body fat at six months, twelve months, and eighteen months on the paleo diet had pretty much flatlined at 24 months, allowing the Nordic diet group to catch up to them. This was probably because they didn’t stick with the diet, as indicated by their difficulty maintaining the elevated protein intake normally associated with paleo in these studies. For any diet to continue working, you have to actually do it.

A paleolithic diet is more satiating per calorie than a mediterranean-like diet in individuals with ischemic heart disease.

Participants in this diet were overweight with big bellies, either glucose intolerance or outright diabetes, and a confirmed diagnosis of ischemic heart disease. In other words, they consisted of the typical people who really need to change their diets. They were randomized to receive either a paleo-like diet or a Mediterranean-like diet.

The paleo diet was based on meat, fish, eggs, nuts, vegetables, fruit, and root vegetables.

The Mediterranean diet was based on whole grains, fish, low-fat dairy, fruits, and vegetables.

Both groups reported high satiation from their respective diets, but the paleo group consumed fewer daily calories and smaller meals to achieve it. While the Mediterranean group needed over 1800 calories a day to feel full, the paleo group ate a hair under 1400 to achieve the same level of satiation. And that’s without eating any more protein (well known for its powerful induction of satiety). Calorie for calorie, the paleo food was simply more filling.

Takeaway: There’s something about eating plants and animals while avoiding grains and other processed junk that improves satiation, beyond the added protein that normally accompanies a lower-carb Primal way of eating.

That was just a small sampling of the available evidence. Go have a look at the rest of the studies, if you’re still interested. But my point: by now, it’s clear — and growing clearer by the day — that this way of eating really does work. Not that we needed these study results to tell us that.

Thanks for reading, everyone. Which of the studies listed is the most significant or relevant to you? Did I miss any great ones?