Is Keto for Everyone? Cautions, Caveats, and Contraindications 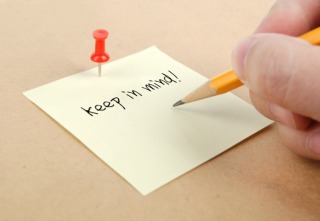 In a few months, I’ll be releasing a book extolling the virtues of a ketogenic diet. I’m currently several months into a ketogenic experiment, which is going well. I just wrote a Definitive Guide explaining why you should consider going keto. I’m on record as stating that everyone should dip into ketosis from time to time. You’d think I’d recommend that everyone go keto. Right?

There are caveats. There are contraindications. There are very good reasons for a person not to go keto, or at least to take a few extra precautions. Today, I’m going to tell you when you should exercise particular care when considering a ketogenic diet.

If You Have Diabetes

In type 2 diabetes, the evidence is crystal clear: Ketogenic diets work, perhaps better than any other diet.

In obese diabetics, a ketogenic diet improved glycemic control to a greater degree than a low-calorie diet.

However, the authors from the obese diabetic study recommend that diabetics going keto maintain medical supervision to avoid dropping blood sugar too low. Another typical feature of diabetic keto studies is regular and supervised adjustment of medication dosages. This makes sense. If your glucose control improves, the old dosage of the medicine designed to control your glucose might be excessive and counterproductive. Rather than eyeball it yourself, get an expert’s eye.

In one study, mother mice on ketogenic diets during pregnancy produced offspring with reduced growth in certain areas of the brain and increased growth in other areas. In another study, mice born to keto mothers were more resistant to anxiety and depression and more physically active than mice whose mothers ate standard diets. Maternal ketogenic diets have also been shown to negatively affect mouse fertility and slow the growth of the offspring.

Before you start slamming waxy maize in an attempt to knock yourself out of ketosis, there are some caveats to this particular caveat:

Still, it gives me pause. As a pregnant woman building a human, you’ll need all the nutrients at your disposal. You don’t want to restrict anything nutritious. It’s no time to be experimenting.

Remember that little metabolite known as oxaloacetate?the protein- or carb-derived bit necessary for finishing the Krebs’ cycle and producing ATP from fat and glucose? The one where if we don’t have enough, we start making ketones? Lactating women also use it to produce lactose, the milk sugar that provides much of the nursing baby’s energy needs. That means that lactating women can eat more carbs and protein and still remain in ketosis. It also means that eating a strict ketogenic diet extremely low in carbs and protein is likely to impair milk production.

There isn’t much research, and many women report remaining ketogenic while nursing without issue, but there are a few case studies of breastfeeding women suffering lactation ketoacidosis, a dangerous condition where chronically low insulin prevents the cells from accessing blood glucose and promotes unchecked ketone production. Triggers of lactation ketoacidosis have included starvation (don’t starve yourself, or even fast, and breastfeed), twin lactation (feeding two increases the amount of lactation substrate you need to consume), and a low-calorie/low-carb/high-fat diet (bad combo).

If You’re a Competitive Athlete, and the Season’s about to Start

Becoming keto-adapted provides major benefits to athletic performance. But it doesn’t come instantly. You’re laying a foundation of dense, fat-burning mitochondria, and it takes time to put it all together. For those first 4-6 weeks, you’re in no man’s land. You’re not fully adapted to burning free fatty acids in the muscles. You’re pretty good at burning ketones, but you haven’t yet laid that dense network of fat-burning mitochondria that can really produce large amounts of energy in a short period of time on demand. The capacity for rapid energy generation just isn’t there. Glucose is still the most dependable source of high-octane fuel for intense efforts, and there’s very little of it coming in.

If you want an instant performance boost, now is not the time to begin a ketogenic diet.

If You Don’t Have a Gall Bladder

The gall bladder collects and concentrates bile, creating a “superbile” that it can unleash to digest dietary fat. Without a gall bladder, your liver still makes bile, but it’s not the super-concentrated stuff that makes short work of large amounts of fat.

Ketogenic diets tend to contain large amounts of dietary fat. You can still do keto without a gall bladder, but you’ll have to be careful. Favor shorter-chained fats, like the ones found in MCT oil and coconut, as those are easier to digest and require less bile.

If You Have a History of Kidney Stones

Kidney stones are relatively common in epileptic patients on ketogenic diets, occurring in almost 7% of subjects. This is caused by excessive urinary acidity (ketones are acidic), which increases uric acid and calcium calcium oxalate stone formation.

Luckily, potassium citrate alkalinizes the urine and prevents kidney stone formation on ketogenic diets. If you or your family has a history of kidney stones, include some potassium citrate in your ketogenic diet. A great source is lemon juice. A couple tablespoons of lemon juice, some sparkling mineral water, a dash of sea salt make for a refreshing drink. You know what? Even if you don’t have a history, still increase your potassium (leafy greens, avocado). There’s no good reason not to, and it may stave off any impending stones.

Make sure to drink water, too. Low water intake is another risk factor for kidney stone formation.

I don’t mean spiritually. I don’t mean “backpacking through Laos trying to find myself.” I mean: Your growth plates are open for business and you’re actively getting taller. If that describes you, a ketogenic diet may unnecessarily reduce your growth rate.

Some kids need to be on a ketogenic diet for medical purposes. But even in those cases, the diet arrests growth without reducing body weight or resting energy expenditure, probably by reducing insulin-like growth factor 1, or IGF-1. IGF-1 is extremely important in growing children and teens. It initiates the growth of bones and other tissues. The keto-induced reduction in IGF-1 has led some longevity enthusiasts to pursue keto to reduce unwanted growth (cancer) and aging. That’s fine for adults. But kids need to grow.

Other research has found that ketogenic diets don’t arrest growth in children. Still, I’d advise against taking the chance, unless you have a very good reason.

If You’re Lapsing into a Refined Food Ketogenic Diet

It’s easy to construct a ketogenic diet out of refined, isolated fats and products. A couple spoons of coconut butter here, a Bulletproof coffee there, a nibble of low-sugar dark chocolate, a coconut milk matcha latte spiked with MCT oil. Yeah, you’ll be in ketosis. Yeah, you’ll be hitting your fat requirements. But you’ll have eaten very little food in the process, and that’s a bad idea if you’re trying to lead a sustainable, healthy way of eating.

Look to the failings of the clinical epilepsy diets made of oils and multivitamins. They do a great job at staving off seizures, but they often leave patients undernourished and suffering from stunted growth, bone mineral density issues, and kidney stones.

Make sure whole foods comprise the base of your ketogenic diet.

Most of these aren’t absolute deal-breakers. There are workarounds and solutions. But it’s also proof that you don’t need to be ketogenic to be healthy.

Would I recommend ketosis for most people most of the time? No. Keto is a tool in your toolbox. I look at it as a way of resetting your metabolism once in a while to a point of greater metabolic flexibility. Some people choose to be in ketosis for years at a time. I prefer to go in and out from time to time, knowing that a few weeks in ketosis leaves my engine running smoother and more efficiently.

What about you, folks? If you’ve ever tried a ketogenic diet with these or other conditions, how did it work?