How Should You Balance Your Fat Intake? 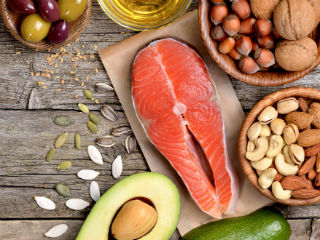 We’ve put to bed the misguided notion that saturated fat is out to kill you, clog your arteries, make you fat, and disfigure your unborn children. We’ve scrutinized the widely-held assumption that processed seed oils rich in omega-6 linoleic acid are the healthiest fats available, made a strong case for a fat-based metabolism, and sung the praises of monounsaturated fat. Fat is back. Fat’s been back for a long time now. But is that all there is to it? Should we eat all the saturated fat we can get? Should we avoid linoleic acid at all costs? Where does MUFA come in? Fish oil?

How much of each type of fat should we be eating?

How should we balance our fat intake between the various types?

What’s the optimal dietary fatty acid ratio, Sisson? Include decimals if you can.

There’s no single right answer. It—sorry, folks—depends on a lot of factors.

It depends on your goals, your activity levels, the rest of your diet, your genetics. Almost everything, to be honest.

But there’s one universal factor determining an optimal fat balance that everyone needs to get right: their mitochondria.

That’s what we’ll be discussing today.

Mitochondria are the power plants of our cells, converting incoming fuel into ATP—the universal energy currency used throughout the body. Without ATP, we can’t walk, run, think, climb, speak, or perform any of the tens of thousands of physiological processes required to maintain life as we know it. Mitochondrial dysfunction is implicated in almost every malady we know of and wish to avoid. I like to think of a cell’s mitochondrion as an R2 unit, keeping the X-Wing running smoothly as Luke approaches the Death Star for the final trench run. If our mitochondria don’t work, bad things happen.

Here are some big reasons to keep your mitochondria saturated:

Okay, that makes sense. Unsaturated fats do tend to be less stable. But where does diet come in?

Do the fats we eat determine the composition and unsaturation of the membranes surrounding our mitochondria?

Perhaps the most important fatty section of the mitochondrial membrane is cardiolipin. It’s the “heart of mitochondrial metabolism,” providing stability to the enzymes involved in ATP generation. Mitochondria with unstable cardiolipins produce less ATP and generate more reactive oxygen species. As animals age, cardiolipin grows more unstable and even begins to disappear altogether.

In most modern people and lab animals, cardiolipin contains mostly linoleic acid. The majority of studies accept this as normal and even ideal. But that’s probably due to their (and our) overwhelmingly linoleic acid-rich diets. If the “normal” diet contains a ton of vegetable oils, having lots of vegetable oil in your mitochondrial membranes is going to be “normal” too. Doesn’t mean it’s optimal.

An older rat study (PDF) found that feeding rats a diet “deficient” in linoleic acid and high in oleic acid (the MUFA found in olive oil) shifts their cardiolipin fat from 58% linoleic acid to 70% oleic acid. That’s a huge jump. What happened to these “deficient” rats?

Nothing. They were clinically normal.

A rat study from 2003 placed the animals on one of two diets—an extra virgin olive oil diet or a sunflower oil diet—and tracked changes to their liver, heart, and skeletal muscle mitochondria. The EVOO diet resulted in less unsaturation of mitochondrial membranes, reduced oxidative stress, and less aging than the high PUFA diet.

A recent study examined the effects of different fatty acids on mitochondrial structure and function in calorie-restricted mice. One group was placed on a non-restricted control diet. The rest were given either fish oil (high omega-3), soybean oil (high omega-6), or lard-based (high in MUFA and SFA) diets. The clear winner was the lard diet, which reduced reactive oxygen species and “maximize[d] the effects” of calorie restriction.

Does that mean we should avoid all PUFAs for the sake of our mitochondria?

No. Other studies have found that feeding DHA, a long-chain omega-3, can restore the age-related decline in omega-3:omega-6 membrane ratio and mitochondrial energy production, protect against cell death, and even produce more cardiolipin. It has these beneficial effects despite being a highly unsaturated fat—more unsaturated than even linoleic acid. And it doesn’t take much to get the benefits of dietary DHA incorporation into mitochondrial membranes, just around 2% of calories in one animal study.

You might have noticed that the majority of the studies discussed today used animals, often rodents. This is a necessary thing. Humans don’t really like being sacrificed or even having their internal organs plumbed for biopsy fodder. Still, take everything with a grain of salt.

Since we don’t eat fats but foods, I’ll dispense with any pretense of knowing the “optimal” numbers and talk in terms of the latter:

Eat more avocados, avocado oil, olives, and olive oil, some seafood, some bacon and eggs, and don’t go wild with the nuts and seeds. Always eat fresh, unprocessed, ideally virgin fats that haven’t been damaged by heat, time, or light. Saturated fat is neutral, a staple component of mitochondrial membranes. If you don’t eat enough, your body will just make more.

This isn’t the final word on fat balance. It’s an important starting point. Everything flows from the mitochondria. You get those right and life gets a whole lot easier.

Thanks for reading, all. I’m curious to hear how your fat intakes measure up.

How Ancestry May Inform Your Fat Choices