The Definitive Guide to Fish Oils 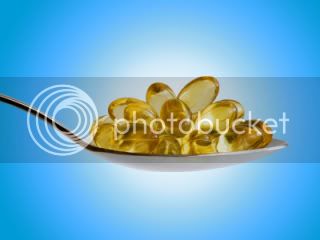 I was actually a little surprised that we hadn’t already done a Definitive Guide to fish oil when a Worker Bee suggested it to me. We’ve mentioned it enough, and it’s a hot enough topic that I just assumed we’d done a big comprehensive guide to the stuff. But, as my staff so eagerly likes to inform me, I was completely, utterly wrong (enjoy it now, cause it won’t happen again anytime soon!).

A quick look at the archives revealed that we actually had compiled enough content to make a Definitive Guide – we just had it spread out over several wide-ranging posts from various dates. But that’s not to suggest the following is just a rehash of old content. Rather, I’ve pulled it all up, cobbled it all together, and topped it with some entirely new stuff. The result, I think, should be pretty definitive.

Okay. Everyone – even peddlers of Conventional Wisdom, low-fat proponents like Dean Ornish, and certain vegetarians – agrees that getting enough fish-based Omega-3 fatty acids in our diets is good for us. In fact, the importance of dietary fish oil just might be the only point where I don’t butt heads with, well, almost everyone else. Still, though recommending a fish oil supplement is generally safe for anyone, it’s important to understand why fish oil is so beneficial. So why should we take it as part of a Primal lifestyle?

It all comes down to Omega-6/3 balance. You can’t talk about fish oil without getting into Omega-3 fatty acids, and discussing Omega-3 fatty acids is useless without understanding their relation to the Omega-6s. We’ve mentioned this relationship multiple times before, but I’ll reiterate: a 1:1 Omega-6::Omega-3 dietary ratio helps keep dangerous inflammation in check. Seeing as how most Omega-6 fatty acids can be found in “vegetable” oils (soybean, corn, peanut, sunflower – to only name a few), fake butter products, grain-fed animal fat, and other modern contrivances, it is understood that Grok rarely encountered them – especially not in the excessive levels most people see today. He was munching on nuts and seeds, sure,  and those have moderate amounts of Omega-6s, but he certainly wasn’t setting up processing plants to press wild maize for the Omega-6 rich oil. Simply put, Grok would have gotten plenty of Omega-3 fatty acids from seafood, wild game, and wild vegetation, with minimal amounts of Omega-6s, enough to give him a 1:1 ratio. On the other hand, the Omega-6 to Omega-3 ratio of the Standard American Diet, replete with fake fats, processed vegetable oils, and grain-fed meat, is said to approach 30:1!

As Stephan explains here, there is an intermediary step in the process of conversion from fatty acids to eicosanoids: highly unsaturated fatty acid (HUFA) conversion. Dietary PUFAs are converted into HUFA, which is then stored in cell membranes. When a cell requires eicosanoids, it uses the HUFA stored in the membrane to form them. Here’s the catch, though: the cell doesn’t distinguish between Omega-6 or Omega-3 HUFA for eicosanoid conversion. Whatever’s available in the membrane is what they’ll be using, Omega-3:Omega-6 ratio be damned. And, as Stephan says, “the proportion of omega-6- to omega-3-derived eicosanoids is proportional to dietary intake.”

Ratio matters, big time, and it may take a while before the effects of establishing the O6-O3 dietary balance are visible in your tissue, because you’ve still got to clear out the residual unbalanced HUFA in your cell membranes. But once you do, you’re good to go – just check out the heart health of populations with good HUFA ratios. If data were available, I bet you’d see Grok measure up pretty favorably on that same graph.

So yes, maintaining a balanced Omega-6 to Omega-3 dietary and HUFA ratio is the main reason for supplementing with fish oil, but there are still other benefits. Even if you’ve successfully cut out all vegetable oils and fake butter spreads in favor of grass-fed meat and real fats, there are still a couple reasons – other than for cardiovascular health – for you to supplement with fish oil: the EPA and DHA fatty acids it contains.

Docosahexaenoic acid (DHA) and eicosapentaenoic acid (EPA) play big roles in the formation of brain and retinal tissue. Huge concentrations of DHA can be found in fetal brain and neural development, especially during the last trimester. Babies, especially those yet to be born, can really benefit from fish oil supplementation. Kinda makes all those calls for pregnant women to avoid fish seem a little misguided, eh? DHA/EPA might also be a boon to the elderly; as we age, cognitive and visual health becomes more important than ever, and low DHA/EPA levels may contribute to the onset of Alzheimer’s disease, other dementias, and vision problems. There’s also been some research suggesting DHA/EPA has some beneficial effect on the risk of various cancers, including prostate, breast, and colorectal. Suicidal depression and schizophrenia, too, may be linked with low levels of essential fatty acids like EPA and DHA. And finally, fish oil supplementation may even help improve insulin sensitivity. Or, you can just check out this comprehensive look at fish oil and chronic disease. Whew! Essential fatty acids, indeed.

If you’re interested in the approximate levels of EPA/DHA in various foods, check out the table in a previous MDA post.

As stated before, the most important reason to supplement with fish oil is to restore the Omega-3/Omega-6 balance in your diet and promote good heart health. Not all of us have access to grass-fed or wild game, or wild-caught fish, and taking fish oil supplements can be an easy, healthy way to counteract the Omega-6 PUFAs in our lives. But for those of us who eat exactly like Grok and have next to no Omega-6s in our diet, fish oil isn’t as crucial. In fact, taking in more than three grams of fish oil may lead to adverse levels of blood thinning (as it hasn’t actually been observed, don’t worry too much about this one, especially if you’re eating tons of Omega 6, because you need all the fish oil you can get!). And don’t forget that, being a fairly unstable PUFA, fish oil can still be oxidized and contribute to inflammation. In its pure, stable state, fish oil protects the heart and fights inflammation, but oxidized fish oil can still be harmful. To avoid oxidized fish oil, only buy it from reputable sources, test your capsules for rancidity by biting into one, and keep them refrigerated (or at least out of warm areas). Don’t overcook your fatty fish, and don’t cook with fish oil (one study showed a huge drop off in EPA and DHA levels when heated).

A high carb/sugar intake might also make fish oil supplementation a bit risky. As long as you’re keeping dietary sugar and refined carbs low (which, you know, should already be happening), fish oil is a great supplement. But, as Peter of Hyperlipid cautions, diets high in sucrose or alcohol can increase the load on your liver when paired with high dose fish oil supplementation. I know I’m preaching to the choir here, but if you’re taking decent amounts of fish oil every day, watch your sugar and alcohol intake to avoid any liver complications. Though it may not apply to MDA readers, I’m sure you know someone who fits the bill.

Does it matter how you get your fish oil? As long as it’s from a company you trust, and it hasn’t turned rancid (check the expiration dates), you should be fine. Some people like taking bottled fish oil by the spoonful, but some may have trouble with the oily sensation (not to mention the taste of some of those brands!) in their mouths. Cod liver oil is another option; while it’s slightly lower in DHA/EPA levels, it does contain Vitamins D and A. If you’re looking to get more of those vitamins in your diet, cod liver oil might work for you. Most people, however, go for the capsules. They are by far the most convenient (you can easily pop ‘em in your mouth on the go), and those who can’t stand the taste or sensation of actual fish oil can still get the benefits by taking the capsules. Just beware of cheaper brands – while they may be easier on the wallet, they’re also prone to going rancid and causing lethal fish burps.

What It All Means

Unless you’re eating fatty fish every day, following the Primal Blueprint means you’re a prime candidate for fish oil supplementation. See, the typical MDA reader has a low sugar intake, avoids refined carbs, but is often faced with the prospect of eating less than ideal meat and animal fat. We all wish we could dine on wild venison and fresh caught salmon every day, but most of us just can’t. In cases like these (which is the majority of us trying to eat and live right by Grok’s ways), taking 1-3 grams of fish oil each day is a good way to restore the fatty acid balance in our cells, promote good heart health, provide essential fatty acids for our brains, improve protein synthesis after workouts, and counteract some of the downfalls of modern life.

Read my follow-up post to the Definitive Guide to Fish Oils in which I answer some of your most pressing fish oil questions.