A Quick Guide to Shrimp 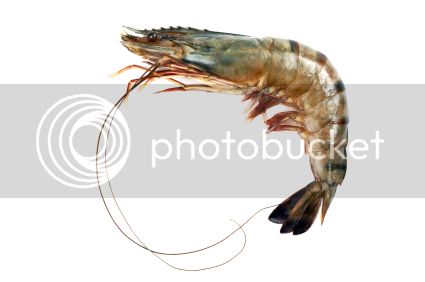 People love shrimp. Its taut, delicate, firm, sweet flesh pops in the mouth and provides meaty texture to dishes, and, despite its distinctive taste, shrimp works with every cuisine. Rich Indian curries? Check. Intensely zesty Cajun stews? Definitely. Heck, even just a light sautee in garlic, butter, and white wine is a masterful way to prepare shrimp. Partly for those reasons, shrimp is the most eaten seafood in the United States – by far – and the most valuable aquaculture crop in the world. Intensive shrimp farming in Latin America and Asia supplies the world with plenty of inexpensive shrimp which we readily gobble up, because, like I said, people love the little critters. As of 2008, each American plowed through 4.1 pounds of shrimp a year, on average.

But is shrimp healthy? Is shrimp good for the environment? Are there certain kinds of shrimp you should be avoiding? Should you eat wild caught or farmed? Imported or domestic? Head on or peeled? So many questions. Let’s dig in…

First, the raw nutrition numbers. Shrimp isn’t particularly nutrient-dense, though it is a good source of selenium and calcium, and a decent source of iodine. It’s full of protein and certain B vitamins, of course, being an animal and all, but it’s not exactly a powerhouse, like oysters or beef liver. Shrimp is eaten for the taste, not the nutrition, and that’s a perfectly sufficient reason. I could only pull numbers for “shrimp, mixed species, cooked, moist heat,” so it’s possible that individual species have different nutrient profiles. Likely, even. The basics, though, will hold true for all shrimp. True shrimp connoisseurs prize the head in addition to just the tail (which is all muscle meat), and this probably gets them a more complete micronutrient array. Shrimp is generally very low in mercury.

Allow me to quell a comment board fight over environmental issues before it begins. I think we can all agree that the earth has been a pretty good place to live for millions of years, and there’s definitely a balance to how natural processes play out amongst the various lifeforms (plant, land animal, aquatic animal, bug). I’m not sure I’d say it’s even a “delicate balance,” because nature is quite hardy and robust, but I will say that modern homo sapien sapiens have the distinct ability to render swathes of the place uninhabitable. We can, but should we? Of course not. It makes sense that we, as lifelong beneficiaries of this beautiful blue orb who selfishly want it to stay that way (so, you know, we can keep enjoying its bounty), would prefer to respect that robust, hardy balance. Besides, maintaining respect for nature and the way life interacts with other life usually makes for tastier, more nutritious animals and plants.

So is shrimp good for the environment? No, not really, but it’s complicated. Most shrimp is acquired through environmentally unsound methods. That having been said, let’s get to the sustainability problems with modern shrimp acquisition.

What Not to Eat

Shrimp farming used to be a traditional subsistence activity. Small ponds and low-density methods were used, like letting the natural tides do all the work and raising shrimp and growing rice in the same paddy. This was low-density farming: it produced just enough shrimp to feed the family or sell at the market and it didn’t overburden the water with intensely concentrated shrimp waste. Today, shrimp farming abroad is high-density intensive farming: it produces enough shrimp at a low enough price to make “Endless Shrimp” month at Red Lobster a financial success by cramming shrimp into ponds, up to fifteen per square foot, all of whom produce waste which must then be dealt with. Inland fish farms, as you might recall, can effectively process fish waste with good management, while coastal farm waste is often “dealt” with via spillover into the ocean. Because most shrimp require brackish water, moving farms inland to prevent spillover means transporting sea water, which is too expensive for most small scale farmers and carries its own environmental impact (Thailand even banned inland saltwater shrimp farms due to over salination of surrounding agricultural land). By definition, coastal brackish water is in constant interplay with the sea via the tides.

Shrimp farmers tend to have a heavy hand with the chemicals and antibiotics, leading to antibiotic-resistant bacteria and chemical residues on many imported shrimp. One reporter spent time with small-scale Vietnamese shrimp farmers and found that they employ a complex chemical cocktail to keep their shrimp alive and burgeoning, the composition of which is determined more by hearsay and local tall tales than any real scientific rigor. The government tries to establish standards, posting lists of forbidden chemicals, antibiotics, and other pharmaceuticals, but enforcement is difficult and the forbidden compounds are all widely available to farmers. Most of this stuff is banned for use in US farms, but somebody’s still making it – so there’s definitely a market out there – and some of it is showing up on dinner plates.

Most estimates figure that 90% of the shrimp sold in the United States comes from intensive or semi-intensive Asian or Latin American farms. If you’re eating shrimp at a restaurant, even a Cajun restaurant adjacent to the Gulf of Mexico, chances are you’re eating imported farmed shrimp. I wouldn’t make it a habit.

Wild-caught isn’t always best or even necessary, as previous seafood series have shown, but surely any wild-caught shrimp is a superior product than any shrimp plucked from the overcrowded feces-brine-chemical slurry of a foreign shrimp farm… right? Nutritionally? Maybe. Wild caught shrimp will have fewer antibiotic residues and drug-resistant bacteria than farmed shrimp, but the real problem with wild caught imported shrimp is the method used to catch them. Trawling the sea floor with massive nets in search of shrimp picks up huge numbers of bycatch – all the fish and other sea creatures caught by fishermen in search of other fish. The ratio of bycatch to shrimp can be as high as 20:1; most of that “20” gets thrown back dead or dying. That’s just wasteful. That’s a lot of collateral damage that we could be avoiding (or at least eating!). Improved netting has reduced that ratio, especially among US shrimpers, but the problem remains abroad.

It used to be that shrimp from the Gulf were the pride of this country. They were said to be the best in the world. More expensive than farmed from abroad, sure, but bigger, plumper, and tastier. And then the oil spill happened. The official word is that wild-caught shrimp from the Gulf of Mexico is safe. Following the BP spill, testing is underway and constant. Oil-based toxicants levels are low enough to preclude any danger to humans who eat the shrimp. All is well, then… right? Not exactly. They’re only testing the “edible portion” of the shrimp, which is the tail. The best bits – the head and the fatty portion adjacent to the shell that locals know to be the tastiest – aren’t being tested, and that’s where you’ll find the oil, according to ecologist Paul Sammarco of the Louisiana Universities Marine Consortium.

If you’re eating wild caught shrimp from the Gulf of Mexico, stick to the muscle meat and consider avoiding the head, at least until more testing confirms the safety.

Wild-caught spot prawns – These are massive, trap-caught shrimp from the waters of British Columbia or the Pacific coast of the US, also known as amaebi in Japanese restaurants. They’re often sold live, at least here on the west coast. Trap-catching is less intrusive than trawling, but it’s also less productive, meaning spot prawns command a higher price.

Wild-caught bay shrimp, cocktail shrimp, northern shrimp, pink shrimp – These are the tiny, cold-water shrimp used in salads and as garnishes. They typically hail from Oregon or the Northeast and are very reasonably priced. Consumers often assume that bigger is better and reach for the imported tiger prawns, but I’m a big fan of bay shrimp. Eat freely and often.

Wild-caught rock shrimp – They’re related to shrimp, but on the dinner plate, rock shrimp are closer to lobster. Sweet flesh that cooks very quickly – far quicker than normal shrimp. Note that most rock shrimp are caught in the Gulf of Mexico, so stick to the muscle meat for the time being.

US-farmed shrimp – Although rarer than the ubiquitous imports, the US farmed shrimp is generally a good choice. Standards are higher, US regulation restricts the use of most antibiotics and chemicals, and the best farms, located inland, are contained within themselves entirely or employ full circulation systems to mitigate environmental impact. Less pristine coastal farms still release waste and runoff, but the problem isn’t as dire as with imports. Eat your fill, and know that you’re sending a message with your dollars.

Well, that’s the general gist. Shrimp can be a healthy, sustainable food, but you have to look hard. You’ve got to read labels and ask questions. And yes, you’ll probably have to spend a decent amount of money.