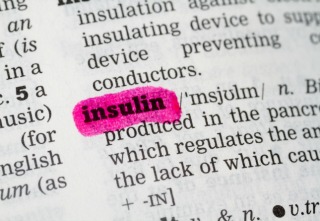 Today’s guest post is served by a good friend of Mark’s Daily Apple, Dr. Sarah Ballantyne, PhD, or as you might know her—The Paleo Mom.

Regulating blood sugar levels is a key feature of any health-promoting diet [15, 20] . High blood sugar levels after eating are a major stimulator of reactive oxygen species (ROS), which are chemically reactive molecules that have important roles in cell signaling (the complex communication between and within cells) and in homeostasis (maintenance of a stable environment inside and outside the cell). But ROS are also potent signals for inflammation and stimulate the production of proinflammatory cytokines (chemical messengers), and also injure cells and tissue. As a result, chronic high blood sugar levels can cause serious damage throughout the body, including to blood vessels and vital organs. This is why diabetes (chronical hyperglycemia) is associated with higher risk of stroke, cardiovascular disease, vision problems, kidney disease, and nerve damage.

When we consume carbohydrates, blood sugar increases. In response to the rise in blood sugar, the pancreas releases the hormone insulin, which facilitates the transport of glucose into the cells of the body and signals to the liver to convert glucose into glycogen and triglycerides for storage.

Using a wide array of enzymes, liver cells (called hepatocytes) first convert excess glucose into glycogen (which is stored in the liver and in muscle tissue) for short-term storage. When needed, the glycogen is rapidly converted back into glucose and released into the blood to maintain normal blood sugar levels and provide energy for the body’s cells between meals. There is also a maximum glycogen storage capacity in the muscle tissue and liver, so whatever glucose is consumed beyond that amount is converted into triglycerides (molecules composed of three fatty acids and a glycerol) for longer-term storage in adipocytes (fat-storage cells). This process is also stimulated by insulin. Triglycerides are released by the liver into the blood to circulate to adipose tissues (fat deposits), where they are taken up by adipocytes. So when we eat a high-carbohydrate meal, blood glucose and blood triglycerides are increased.

Chronically elevated blood sugar levels stimulate adaptations within cells, rendering them less sensitive to insulin. These adaptations may include decreasing the number of receptors to insulin embedded within the cell membranes and suppressing the signaling within the cell that occurs after insulin binds to its receptor. This causes the pancreas to secrete more insulin to lower the elevated blood-glucose levels. This is called insulin resistance or loss of insulin sensitivity, when more insulin than normal is required to deal with blood glucose. When blood-sugar levels can no longer be maintained in a normal range (due to the pancreas being unable to keep up with insulin demand and/or substantial loss or inhibition of insulin receptors in cells), you get type 2 diabetes.

While the Paleo diet and several other popular dietary templates focus on food choices that help to regulate blood sugar levels—generally, by moderating intake of carbohydrates while choosing low-glycemic-load options—blood glucose responses are impacted by more than just the quality and quantity of carbohydrates that we consume. In fact, there’s emerging evidence that lifestyle factors may be equally, or perhaps even more, important that dietary choices when it comes to insulin sensitivity.

Physical activity provides a wide range of benefits, from improving bone density to cardiovascular health to metabolic health. Exercise helps improve insulin sensitivity through a direct action on the glucose transport molecules (GLUT-4 receptors) in the individual cells of our muscles [1]. It also affects the full range of hormones related to accessing stored energy and regulating how that energy is used. This “boost” in metabolism is one reason why exercising can make us feel more energetic throughout the day. This is also a major reason exercise is linked with a reduce risk of diabetes and cardiovascular disease.

On the flip side, sedentary behavior itself can actually induce insulin resistance. A series of studies performed in healthy adults, in overweight and obese adults, and in athletes have shown that even a relatively short period of inactivity (for example, 3-days bed rest due to injury, illness or volunteering for a clinical trial) induces insulin resistance [1, 7, 9, 17].

So, while exercise itself improves insulin sensitivity, we still need to avoid prolonged periods of inactivity, like sitting at a desk job. Fortunately, even short activity breaks regularly spaced throughout sedentary periods can dramatically improve glucose metabolism. One study in overweight and obese adults showed that a 2-minute movement break every 20 minutes of sitting time lowered post-meal glucose and insulin levels substantially [7].

What does this mean? It’s important to both include regular exercise into our routines but also to avoid prolonged periods of inactivity in order to regulate insulin sensitivity.

Psychological stress causes the release of both catecholamines (via activation of the sympathetic nervous system) and glucocorticoids (via activation of the hypothalamic-pituitary-adrenal [HPA] axis). The combined actions of catecholamines and glucocoritcoids like cortisol (as wells as corticotropin-releasing hormone which is also secreted upon activation of the HPA axis) prioritize the most essential functions for survival (perception, decision making, energy for our muscles so we can run away or fight for our life, and preparation for wound healing) while inhibiting non-essential functions (like some aspects of the immune system especially in the skin, digestion, kidney function, reproductive functions, growth, collagen formation, amino acid uptake by muscle, protein synthesis and bone formation). This is beneficial in the case of acute stress (from a survival standpoint) but is also the reason why chronic stress is so detrimental to immune and metabolic health.

Epidemiological studies linking chronic stress with insulin resistance are now supported by mechanistic studies showing that chronically elevated cortisol is diabetogenic (meaning it can cause diabetes). Cortisol suppresses insulin secretion from pancreatic beta cells, impairs insulin-mediated glucose uptake in cells throughout the body (by inhibiting GLUT-4 translocation into the cell membrane), and by disruption of insulin signaling in muscle tissue [5, 10]. In addition, a growing list of inflammatory cytokines, such as TNF-? which is induced by chronic stress, are known to cause insulin resistance [8, 16].

What does this mean? Both acute and chronic stress can directly cause insulin resistance independent of diet, making mitigating stress and improving resilience to stress a primary target for blood sugar regulation.

Only about 35% of Americans get the recommended 8 hours or more of sleep each night. The health detriments of inadequate sleep are pervasive, affecting every system in the human body and increasing risk of nearly every chronic disease, including type 2 diabetes and insulin resistance. In fact, sleeping less than 6 hours per night (like an estimated 40% of Americans) increases risk of type 2 diabetes by 50%. And, if we pool diabetes and impaired glucose tolerance together, that risk soars to a whopping 2.4 times [12]!

In fact, a variety of studies evaluating the effects of partial sleep (sleeping 4 to 5 hours per night, rather than the recommended 8) demonstrate that inadequate sleep causes insulin resistance in healthy people [2, 3, 5, 12].

Sleep restriction also increases the measurable free fatty acids in the blood, a contributor to insulin resistance that plays a central role in the development of metabolic diseases. Getting 4.5 hours of sleep per night compared to spending 8.5 hours in bed increased serum free fatty acids in healthy men by 15 to 30 percent [13]!

What might be even more fascinating is that there’s emerging evidence that the impact of sleep on insulin sensitivity and glucose metabolism is even greater than diet. Research presented at last fall’s Obesity Society Annual Meeting showed that a single night of lost sleep was worse than six months of a high-fat Western diet in terms of insulin sensitivity and glucose metabolism [21].

Even a modest sleep debt, getting a mere 30 minutes less per night than you need on weeknights, can have a big impact on insulin sensitivity. One fascinating study looked at the impact of sleep on patients newly diagnosed with type 2 diabetes [2]. The study participants kept sleep logs, and the researchers calculated how much less sleep they got than the recommended 8 hours a night cumulative over the workweek (not including sleeping in to “catch up on sleep” on the weekends).They were randomized into one of three groups: usual care, physical activity intervention, or diet and physical activity intervention. When the participants were recruited, those that typically didn’t get enough sleep were 72% more likely to be obese. The researchers then followed the participants over a year to see what would change. Note that addressing sleep was not part of any of the study interventions. The amount of sleep debt that individuals had didn’t typically change during the study.

What does this mean? Getting adequate sleep every single night is absolutely critical for insulin sensitivity and blood sugar regulation! And given that inadequate sleep is considered a cause of chronic stress, this emphasizes the need to carve out sufficient time for sleep even more!

If you struggle to get enough sleep or the quality of your sleep needs improving, you will absolutely love the comprehensive and epic online sleep program I’ve created, Go To Bed! This program gives you all of the scientifically validated tips and tricks for improving your sleep and provides you with a 14-day challenge so you can get the best sleep of your life! Mark’s Daily Apple readers can save 10% off the entire Go To Bed online program by using coupon code DailyAppleSleep.

Dialing in lifestyle habits are absolutely critical for maintaining (and regaining!) insulin sensitivity and regulating our blood sugar responses. So, for those who struggle with blood sugar regulation, rather than adopting more and more extreme dietary interventions (e.g. consuming fewer and fewer carbohydrates, which can cause dietary insufficiency of many important vitamins, minerals, antioxidant phytochemicals and fiber), have a critical look at your stress levels, your activity levels (both in terms of engaging in regular exercise and in terms of avoiding prolonged periods of inactivity), and your sleep habits. Chances are good that expending some effort into improving these will pay great dividends in terms of insulin sensitivity and overall health! 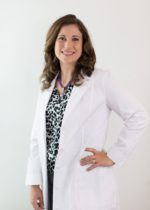 Sarah Ballantyne, Ph.D. (a.k.a. The Paleo Mom) is the blogger behind the award-winning blog www.ThePaleoMom.com, cohost of the top-rated and syndicated The Paleo View podcast, and New York Times Bestselling author of The Paleo Approach, The Paleo Approach Cookbook, and The Healing Kitchen. Sarah earned her doctorate degree in medical biophysics at the age of 26. She spent the next four years doing research on innate immunity and inflammation before becoming a stay-at-home mom. After her second daughter was born, she began to experiment with the Paleo lifestyle. It had an amazing effect on her health, including contributing to her 120-pound weight loss! Over time, she healed herself of a long laundry list of physical complaints including: Hashimoto’s thyroiditis, fibromyalgia, Irritable Bowel Syndrome, acid reflux, migraines, anxiety, asthma, allergies, eczema, psoriasis and an autoimmune skin condition called lichen planus. Sarah successfully transitioned her originally skeptic husband and two spirited young daughters to a paleo diet and lifestyle. Her passion for providing straightforward explanations of the science behind the paleo diet and its modifications, plus her love of food and cooking and her dedication to her family form the foundations of her blog, her podcast and her books. You can also find Dr. Sarah on Facebook, Twitter, Instagram and Pinterest.

Thanks to Dr. Sarah Ballantyne for today’s excellent post. Insights, questions? Share your thoughts in the comment section, and thanks for stopping by today. Enjoy the week, everybody!